Michael Lamonato
Expert
15th May, 2019
5
Join the conversation
Advertisement
Write for The Roar

Five races into the 21-race season and, with the exception of the outright championship favourite, the Formula One pecking order has only partially revealed itself.

The bulk of the field is still too close to call, which is at least some kind of consolation if we’re set for another record-breaking year of Mercedes domination.

The frontrunners
Mercedes (217), Ferrari (121) and Red Bull Racing (87)
Mercedes’s domination of the Spanish Grand Prix was unequivocal, promising Formula One the sort of rule not seen since the team’s imperious run of championships between 2014 and 2016.

The grieving process has set in post-Barcelona, but this widespread depression is Mercedes’s crowning glory. If the season will indeed be one-way traffic, that the Brackley team will have attained it after losing momentum — relatively speaking — in 2016 and 2017 to Ferrari and Red Bull Racing is beyond expectations and would surely confirm its place as the greatest constructor in the sport’s history.

But this applies the blowtorch to Ferrari, whose minimum objective was to be this year’s leading championship contender. Doubly concerning is that Red Bull Racing appears to have closed the gap. The battle between these two constructors will be immense, but their relative form in Barcelona may have belled RBR’s supremacy. The Milton Keynes team operates with a similar aero philosophy to that employed by Mercedes, and with Ferrari worried its own design might be fatally flawed, this could be enough to see the 2010–13 champion secure second place — providing Pierre Gasly lifts his game. 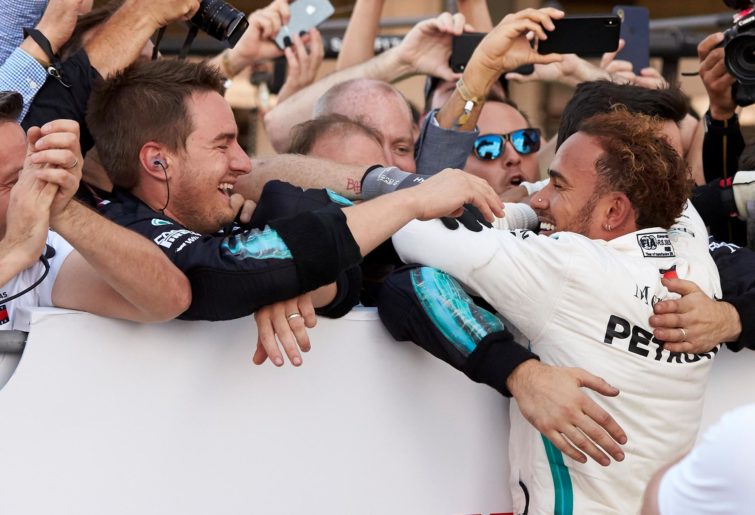 The midfielders
McLaren (22), Racing Point (17), Haas (15), Alfa Romeo (13), Renault (12), Toro Rosso (6)
While the battle at the head of the field may offer only limited interest, the fight in the midfield is closer than ever — impressive considering we’ve been describing it as such for several years.

So who’s ‘best of the rest’? McLaren holds a five-point advantage over the field, but it would be foolish to say this picture is definitive. Lando Norris and Carlos Sainz are delivering for the much-improved Woking team, but the car is still deficient, with points coming largely through opportunistic strategy decisions and capitalising on the misfortune of others. The team is clearly moving in the right direction, though, which will come as a relief to CEO Zak Brown, whose restructuring is beginning to take effect.

Racing Point, despite its fifth-place position, is suffering the effects of last year’s dalliance with administrators. But the team is confident it will overcome the development deficit in time to make an impact on the 2019 standings, at which point its early-season hustle will stand it in good stead — and Sergio Perez will push his advantage over Lance Stroll.

Despite being sixth, Haas is a safe bet as midfield’s outright fastest team but for its major tyre problems. In only one race has it failed to get two cars in Q3, yet it has managed to score points in only Australia and Spain — and in Melbourne a pit error resulted in a DNF and in Barcelona poor driver management cost it three points. The multinational team can be satisfied it’s produced a car theoretically good enough for fourth place — and it’s probably still on track to secure that position — but its lacklustre execution still needs work. 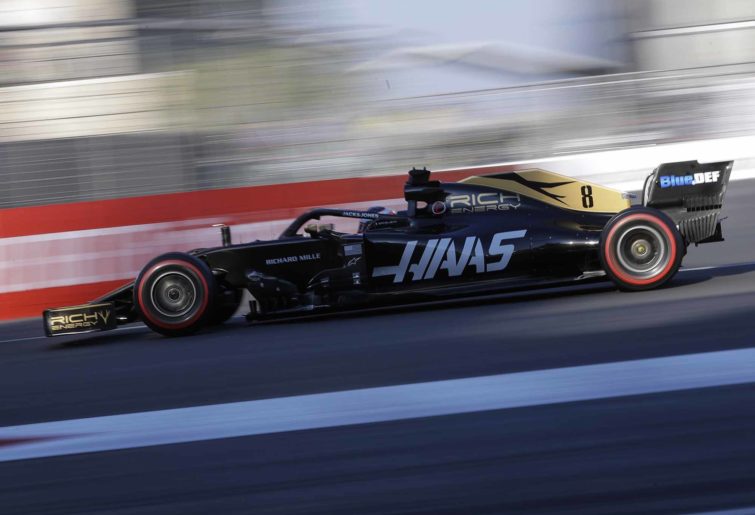 Alfa Romeo is exhibiting all the hallmarks of a recovering team. The car it’s produced this season is a step forward on last year’s offering, but the fact world champion Kimi Raikkonen is extracting substantially more from it demonstrates it’s yet to be fully tamed, notwithstanding Antonio Giovinazzi’s inexperience and a couple of helpings of poor luck. On balance, however, it’s performing to its expectations and looks set to meet its season objectives.

Renault is a strong candidate for the season’s most disappointing team to date. Its car appears to have potential to compete for fourth, but through a lack of understanding of its machine, woeful reliability and poor execution — a shameful trifecta — its target of sniping for podiums has been shown up as laughable. Daniel Ricciardo’s uncharacteristic moment of panic in Azerbaijan hints that all isn’t well, and though the team’s likely to recover to some degree, it’s giving its rivals a massive head start.

Finally, Toro Rosso has produced a car good enough for far more points than it’s managed, but a bit of bad luck and some sloppy execution have left it wanting. Daniil Kvyat and Alex Albon have formed a formidable midfield pairing, with Kvyat’s strong Spanish performance a highlight, but a pit miscommunication meant points were left on the table. A string of clean weekends will bring the Italian team back into the thick of things.

The backmarker
Williams (0)
Formula One has been lucky in recent years to not really have a backmarking contingent, and when Williams resumed this unenviable position last season it was hoped to be only a blip. Alas, the team’s well-chronicled struggles over the off-season have left it far adrift of the field with no real prospect of catching up.

The only interest has been the relative performances of George Russell and Robert Kubica, with the Briton having a strong advantage over the returning Pole. It’s not an unexpected result, but Kubica will nonetheless have hoped for a greater opportunity to evaluate his abilities than what seems likely to become a one-year cameo in painfully slow machinery.