It has been widely conceded that after a fifth consecutive one-two finish for Mercedes AMG, the 2019 Formula One world championship is already decided only five events into a 21-race season.

Despite the hype from fans and pundits alike during the pre-season that Ferrari may finally usurp the mighty Silver Arrows atop the Formula One mantle, the narrative thus far has been the stark opposite.

The Spanish Grand Prix – hosted at the venue where winter testing was conducted and where Ferrari threw down the gauntlet to the rest of the competition – saw the Scuderia not only blown away by the reigning world champions, but even relegated to the third fastest car.

So far in 2019, the only race at which the Prancing Horse lived up to their pre-season form was in Bahrain and even there they capitulated with a car fault, all while 21-year-old Charles Leclerc looked guaranteed to win his first Grand Prix.

The potential shown across the eight days of testing remain frustratingly difficult to unlock for Ferrari even after aerodynamical and engine upgrades at the Spanish Grand Prix. They may have to admit that they’ve taken the wrong development path for this season.

World-beaters Mercedes evidently have the balance of power and downforce on their W10 – the latter quality is what Ferrari seem to be lacking, as seen through their deficits through high-speed corners. Tyre performance, too, is something that the team in silver seem to be understanding better than those in red.

So what now? Attempting to dissect and debate where Ferrari got it wrong this year could easily take hours and fill endless columns, as it has for the past five campaigns.

There is the hope that a repeat of the 2016 championship could be on the cards, if Lewis Hamilton and Valtteri Bottas can take the title race down to the wire in Abu Dhabi. After a dire campaign in 2018, Bottas has emerged as a reborn force. He’s won two races and has a hat trick of pole positions under his belt. 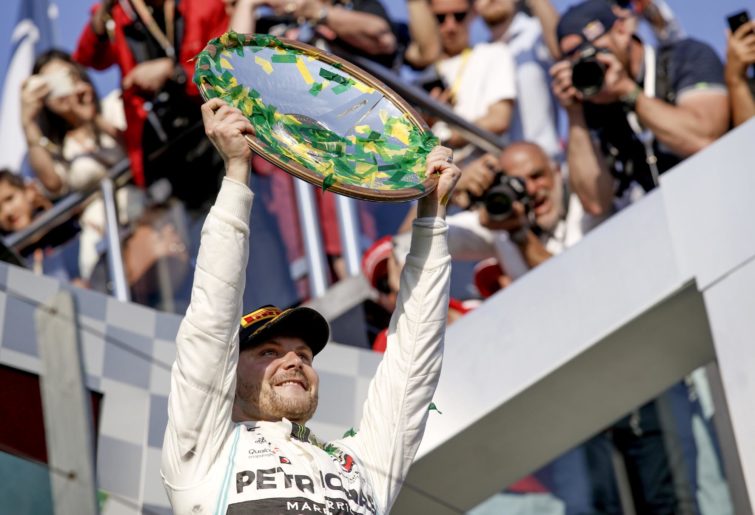 Hamilton hasn’t been perfect, despite his three wins including the one inherited in Bahrain. And if he does expose any vulnerabilities, as he did in 2016 to the eventual champion Nico Rosberg, new team-mate Bottas must capitalise.

Qualifying in Barcelona was an example of Bottas’ brilliance, blowing Hamilton out of the park by six tenths of a second. Though on the day that matters, the five-time world champion responded with the emphatic victory and recorded the fastest lap of the race to secure an extra point.

The standings now only see a seven-point difference between the team-mates, in the Briton’s favour. If Bottas can continue to go toe-to-toe with his team-mate, then at least an enthralling intra-team championship race can whet the soured appetites of the many hoping for a change at the top of the championship.

Beyond the top three teams, the midfield competition warrants close viewing at each race weekend, given how compacted those six teams are. Even the pre-season predictions there haven’t quite eventuated, as Renault and Haas have been disappointing and instead McLaren have been the team on the rise.

Though in the end, they’re only racing to claim fourth place in the constructors’ championship, which hardly has the appeal of winning the big trophy outright. They’re leagues behind where Mercedes, Ferrari and Red Bull are sitting.

It is ironic that despite their dominance, Mercedes hold the key to saving the 2019 championship race.

And it can be guaranteed that at season’s end, the images of the perfectly executed double pit-stop from China will be the definition of this year.

For Ferrari though, with all their vast resources and two world-class drivers including four-time world champion Sebastian Vettel, they may have to take a leaf out of their rival’s book moving forwards.

As whatever philosophy they’ve been following, it isn’t paying dividends.