Are these Wallabies moral enough to win the World Cup?

Rugby School in Warwickshire was founded by 16th century Englishmen, but slid into obscurity until historian and theologian Thomas Arnold became headmaster in 1828.

Over the next 13 years, Arnold reformed Rugby, which went from pariah pioneer to “model public school.” He was that rare man who dispelled all doubts, or never entertained one in the first place.

His guiding principle was that moral conduct according to the Decalogue was the core of education, indeed life itself.

Riding his religious zeal into a new concept of muscular Christianity and colonial masculinity, headmaster Arnold preferred his boys ignore physics and science, and instead focus on moral philosophy. He developed the prefect system, using his sixth-form protegees to enforce a rigid ethical order.

While the old man Arnold was focused more on morals than sport, the ethos he built ultimately evolved into the hotbed of organised schoolboy competition, and by extension the “very cornerstone of the British empire,” according to the father of the modern Olympics, the Baron de Coubertin.

As the Baron put it, the classicist Arnold “gave the precise formula for the role of athletics in education… playing fields sprang up all over England”.

Thomas Arnold and Israel Folau would have differed very little, were they cohorts, on eschatology, the veracity of the books chosen to be in the Christian bible, and possibly church governance – but Arnold would have probably been more circumspect on Twitter.

Still, the rules of conduct at Rugby School in 1835 would have borne remarkable similarity to Folau’s mis-Tweet.

But in reality, the laws of rugby were a matter of custom, forever changing, and did not come about in one mad moment or divine revelation. Rugby evolved at Rugby, and meandered towards the game we now love.

The ball itself – our strange oval – was invented by a shoemaker at the entrance of Rugby School, who was kind enough to also invent a bladder and pump fit for the ball.

Arnold had a talented son, a poet named Matthew, who may have actually eclipsed his father in fame and did not inherit his dad’s extreme piety and reductionist certainty.

Matthew may have been more comfortable around the wondering, wandering scholar-athlete David Pocock, as they would downgrade four or five of the Ten Commandments to mere barbaric pseudo-morality touched with philistine fear, rather than God’s own edicts to guide our path today. 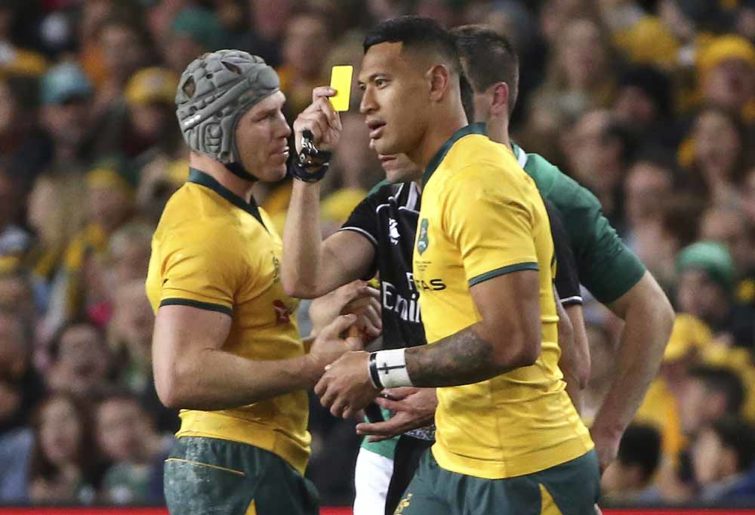 You may know the poet Arnold from his lyric masterpiece Dover Beach, which features a “darkling plain swept with confused alarms of struggle and flight, where ignorant armies clash by night,” but importantly addressed the chaos of English thought life after Darwin’s voyage in these bleak tones: “For the world, which seems to lie before us like a land of dreams, so various, so beautiful, so new, hath really neither joy, nor love, nor light, nor certitude, nor peace, nor help from pain”.

For the younger Arnold, the cure was a better culture: the best that has been thought and said in the world, or the humanities and liberal arts.

In a way, this duel between Christian headmaster Arnold and the doubtful poet Arnold is the battle still in the world, in rugby, and in Folau-gate.

The younger Arnold was a Pocockian chastiser, as much as his overbearing dad was: forever scolding the world to be smarter, more intolerant of intolerance. Both father and son thought carousing ruined health and manliness, and both were touched by melancholy throughout life.

Rugby’s greatest trophy – the cup that features the rule-breaking Mr Ellis from Rugby School – is won by moral teams, either of the Thomas Arnold-Israel Folau kind or the Matthew Arnold-David Pocock kind, often a blend, but to date, not a team with neither strain of morality.

This was not necessarily a religious group, in the main, but they observed the muscular morality inherent in both Arnolds’ philosophies.

In 1991, Australia won it all, and can you think of a bad bloke in that squad? Salty dogs a few, but honest as the day is long, and full of good hearts.

No team has ever prayed more than the 1995 champion Springboks, with only a couple of narcissists counterbalanced by all-time good mates like Joel Stransky, Ruben Kruger, Francois Pienaar, and Os du Randt, and they helped heal a nation torn asunder.

In 1999, the Wallabies did it again, merely by adding world-class nice guys like John Eales, Joe Roff and George Gregan. 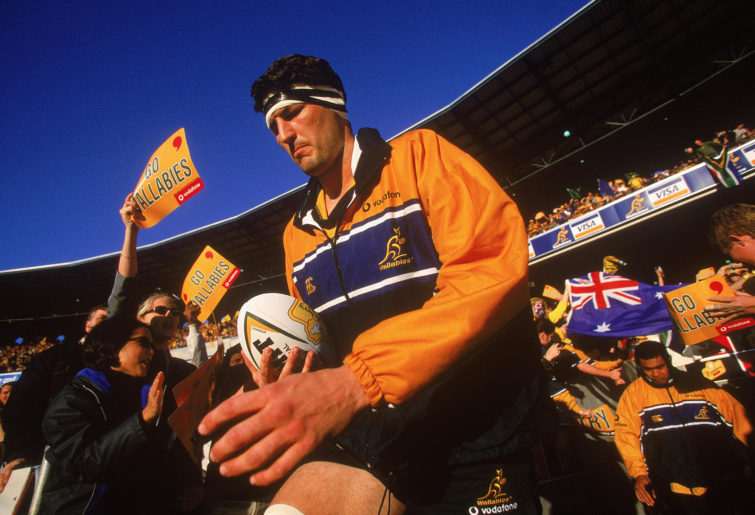 In 2003, the ultra-committed Martin Johnson led a team full of likable lads like Jonny Wilkinson, Will Greenwood, Phil Vickery and Mike Catt.

We all know that the 2011 and 2015 All Blacks built their success around a no dickheads policy, taught by mental skills coach Gilbert Enoka and policed by the players themselves.

Nobody can put himself ahead of the team, even the coach, or show entitlement or bend rule, or act deceitfully in the dark, or being unnecessarily loud.

So Rugby Australia’s squabble over morals may not be as silly as it seems.

Rugby is a difficult game to master at every level because of the pain, the exhaustion, the technical skills needed, the combinations that gel or don’t, and the honesty it takes to stare into the abyss, or pull down a maul together, or get up on your goal line.

Michael Cheika has not always exhibited either kind of the encouraging moral fire needed to go to Japan, survive Fiji, stave off a couple of Home Nations, and turn the grand final into a good Bledisloe.

I am not sure Pocock can get there, either, but even his brand of morality is precisely what is being litigated by Folau-ism and Topou-ism.

Roarers will know better than me about how many dickheads inhabit the Wallabies change room nowadays, and whether previous dickheads have been retooled, but the overtly nice guys seem a bit rare.

Weight and speed and caps and accuracy and all, yes.

But is it also a bit of the “are you the kind of bloke I want a beer with, will you wee on me or the bar or the plants or the hotel carpet, and will you tweet me to hell?”