Kyrgios’ camp must throw in the towel

Over the last couple of days in Europe, we have seen perhaps the most serious incident of Nick Kyrgios’ bizarre career.

On Wednesday night, a podcast was released by American tennis journalist Ben Rothenberg where he had a candid chat with Kyrgios, who proceeded to take down some big players in the game.

Leaving aside that this coming from the 34th ranked player doesn’t have the same rogue factor as it might if he was tenth in the world and nipping at the heels of the greats, this serve-fest was merely an entrée for what was to follow the next day.

Against little known Norwegian player Casper Ruud, Kyrgios had a meltdown in the third and deciding set. Kyrgios actually had a large amount of support from the Italian crowd towards the end of the second set, and as he inched closer to leveling the match, he raised his arms in the air to pump up the crowd, who more than responded.

That is what made his meltdown early in the third so perplexing.

The Australian seemed to be angry at a spectator for walking into the stands during his service motion. The court he was playing on was an outside court, where disruptions are more common and less policed than on bigger courts.

He proceeded to call the fan a “retard”, and proclaim he was “done”. He smashed his racket, kicked a water bottle, then – and this was a first for him – threw a wooden chair onto the court. 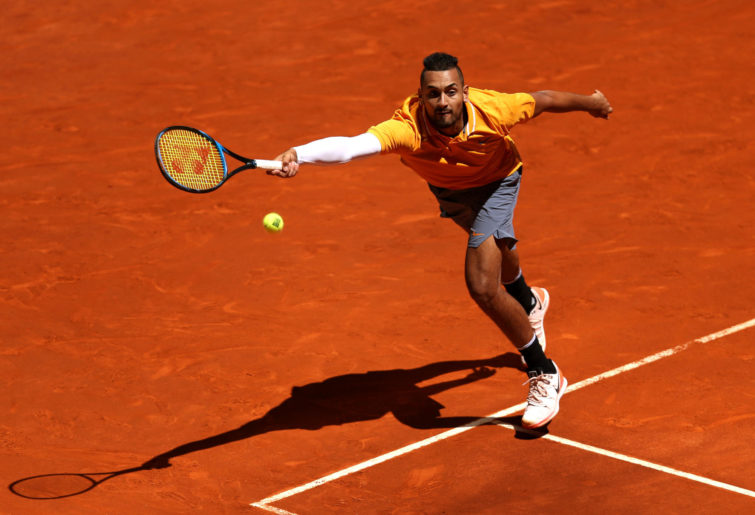 This side of Kyrgios is the representation of the worst stereotype of the first-world millennial – low attention span, lazy, attention-seeking and naive about the world.

He grew up in Canberra, yet – because he listens to rap music and watches basketball – he thinks he’s from somewhere like Compton, Los Angeles.

No, Nick, if you were from a place like that – as Serena Williams was – you wouldn’t be so flippant about the opportunities you have been given.

You would realise that as bad as you think you have it, there are people who have it much worse. You’d stop taking everything so personally.

Nick is getting his mental health, his reputation and his character damaged basically every week on the world stage. He is embarrassing himself and wasting the best years of his life.

If someone doesn’t do something, then perhaps that chair will be thrown the other way next time, into the very crowd that he was berating.

Nick has to be banned – for his own sake, and for his accumulation of offences – for at least six months from the game.

Or his family have to tap him on the shoulder and tell him to take an indefinite break.

Where once his outbursts were occasional, they are now chronic. If something drastic is not done for his own sake, the only way things can go are down.