We’re certainly living in unfamiliar times. So unfamiliar that you could be forgiven for thinking that rugby league finally has a sunny disposition.

It looks like the NRL executive have been listening to fans more than ever and have created more large events plus more games in regional areas, grown the women’s game and also incorporated more non-contact options like tag and touch under the NRL banner.

This appears to be paying dividends with increased crowd numbers, higher TV ratings and bigger streaming figure, as well as fostering a culture of positivity in a game that is usually haunted by pessimism.

The NRL premiership is the foundation of the professional structure. It produces the players and pays the bills.

State of Origin is the all-conquering showpiece. It is consistently one of Australia’s biggest sporting events, tops the ratings most years and fills stadiums even well outside league heartlands.

But it’s the international game that is constantly seen as a forgotten stepchild by the NRL.

Yet in 2019, the international game is seeing something of a renaissance, with events like the International Nines in Western Sydney and the Oceania Cup and Shield which includes Australia, Fiji, Tonga, Samoa, Papua New Guinea and New Zealand, as well as a British Lions tour post-season.

At least in the Southern Hemisphere the international calendar has never looked more intriguing. A big reason for that is that the NRL has its fingerprints all over it.

This shift in approach has come at a time when World Rugby is drawing criticism for leaving out a lot of Pacific nations in its plans for a proposed World League.

Some sense that the NRL is all too happy to fill any vacuum that rugby union has left in that commercially tricky but talent-rich region. 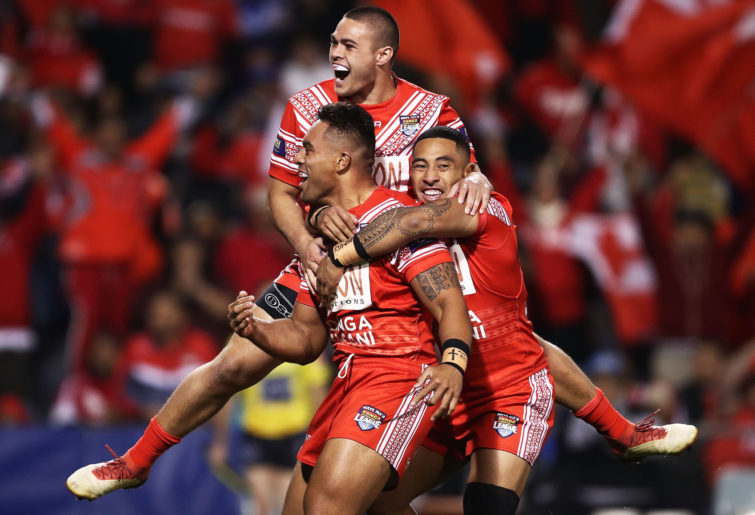 Many international purists are none too happy with the NRL becoming involved in the marketing and execution of international fixtures, as the NRL is a commercial entity and will only back games if they are commercially viable, therefore lesser teams all but get overlooked as they are not as appealing to broadcasters and viewers alike.

But this is a good thing because as great and well-meaning as the RLIF is, it has only a fraction of the resources and influence in Australia and New Zealand.

If the NRL can bear some of the initial costs it will give the RLIF more finances to put back into minnow nations and grassroots programs.

Another benefit of the games being controlled by Moore Park and not Manchester is the fact that the players and clubs will actually comply with the request of the NRL, whereas fixtures that are only sanctioned by the RLIF mean that players have to almost defy their employer to participate.

The knock-on effect around the uncertainty of player participation has killed fixtures in extreme cases and never allowed international rugby league to gain any momentum. This makes the game look like a basket case.

The pool fixture between Australia and England in Melbourne at the 2017 World Cup was watched by more people than any NRL regular season fixture that year. That’s right – more people tuned into that game than the Anzac Day game or the Queensland derby.

That game acts as evidence that if marketed correctly, meaningful international matches can be a major force on the rugby league calendar as the sport fights for significance in the Australian sporting landscape.

As the sport continues to grow, it continues to strike a good balance between international and domestic content that the other codes sometimes lack.

Rugby and football have amazing international content but their Australian domestic fixtures are bleeding viewers and money.

On the other hand, the AFL has an enviable domestic competition with huge crowds and viewership but a minute international presence.

Like a cellular antenna, the NRL has a three-pronged approach of premiership, Origin and now internationals – a major advantage in a challenging sporting environment.

Rugby league still has a long way to go, especially outside of Australia. Besides four or five countries, the game barely exists.

And very loose eligibility rules draw heavy criticism, although I doubt that these critics have actually watched a game and seen the passion displayed by the payers.

Despite this, the game is growing every year.

If someone had told you that Tonga would pack out stadiums in Auckland and players would willingly forgo Origin and tier one nation paydays, you would have laughed them out of the room.

Now we can only hope that these massive international events will be a success with fans both here and abroad and the game can build on that momentum.