Problems and solutions for rugby's new and existing tournaments

The Nations Championship is back in the news, and for all the wrong reasons.

A report in the Sydney Morning Herald suggests the global governing body is now presenting a ten-team proposal as a “compromise”.

Ten teams obviously means the Six Nations and SANZAAR members, and according to the report, it would remain that way until 2026. Fiji and Japan were slated for inclusion in the original proposal, but are nowhere to be found in the revised version.

So rather than a step forward for global rugby, this would mean a giant leap backward.

The tier one nations would play each other at least once a year, and the rest of World Rugby’s 120-or-so member unions would be left out in the cold. That sounds less like a compromise than an outright capitulation.

If that’s the way they want it, they should also reduce the World Cup to ten teams, because no one else will stand a chance.

But they won’t do that because the World Cup is the game’s biggest money-spinner, and they need those other teams to make up the numbers. Better to just scrap the idea altogether and continue with the increasing integration of first, second and third tier nations during the Autumn tours.

I would also add Fiji to SANZAAR. They beat France in France last year, are ranked ninth in the world (ahead of Argentina) and are undoubtedly one of the most entertaining teams in all of sports.

If it means reducing the Rugby Championship to a single round of games, so be it. The current model is becoming a case of overkill anyway.

Good to hear Fiji are to play the Maori All Blacks in July. But they should also be playing regular Test matches against their New Zealand and Australian neighbours. You have to wonder what the criteria for inclusion is. 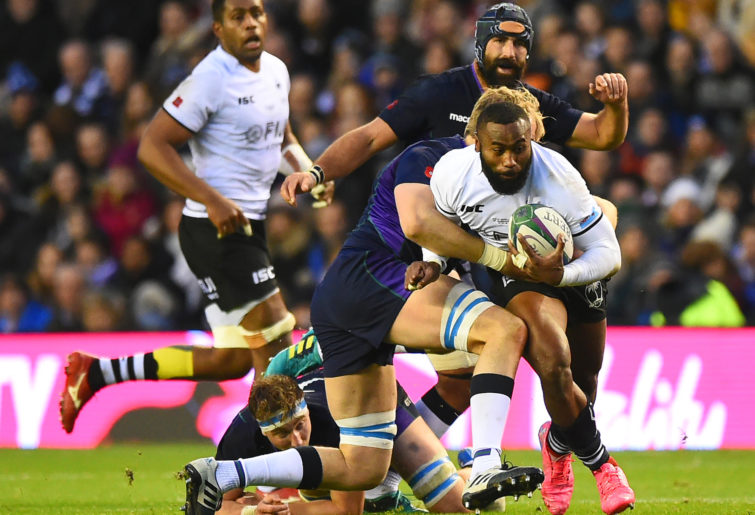 Meanwhile, there has been some conjecture about the future of Australia’s domestic league in which the Fijian Drua compete. I’m no expert on the NRC, but I’ve seen the empty stadiums on YouTube and have to wonder just how sustainable the competition is.

Just because the provincial set-ups have worked so well in New Zealand and South Africa doesn’t mean Australia has to have one as well. The Wallabies won two World Cups in the 1990s without the NRC, after all, while the Home Unions seem to be doing just fine with nothing between club and international level.

In fact, the most popular club competitions appear to be those which are independent of their national unions. France’s, for example, has been great for the development of players from all over the world.

Competitions in which teams are controlled by the national unions, and designed primarily to bring through players for the national team, struggle to maintain long-term support and always seem a little contrived.

The New Zealand provincial championships may be the envy of Australia, but they did not actually begin until the mid-1970s and were poorly attended toward the end of the amateur era.

It took Super Rugby to bring the domestic game back to life, in fact. It was also a tremendous boon for Australia, and remains its coveted stepping stone from club rugby to international level.

Super Rugby looks set to return to round-robin format in 2021, meaning the Australian teams will only meet each other once a year, not twice.

So how about a pre-season tournament involving the four Australian franchises, plus the Western Force and Fijian Drua? Voila! A high-profile domestic championship with six crowd-pulling teams.

No, it wouldn’t serve the same purpose as the NRC, and that’s not what I have in mind. Just think of it as a mini-Super Rugby tournament, as well as a great way to warm up for the championship itself.

For their part, the Force have recently won a mini-series with Hong Kong’s South China Tigers and Singapore’s Asia-Pacific Barbarians. They were sorely tested in their away fixture against the latter, however, scraping a 7-3 win.

Over the coming two months, the Force will be taking on Fiji’s Latui and Samoa’s Kagifa in a second mini-series. The Kagifa are scheduled to play all their games away from home.

Throw in a Japanese side or two and an eight or nine-team league looks a viable prospect for next year. It may even come to rival Super Rugby for entertainment value with the Pacific Islanders involved.

Many fans ridiculed the concept to begin with, believing the NFC was much too strong, especially as the Green Bay Packers won the first two Super Bowls hands down.

But on the eve of Super Bowl III New York Jets quarterback Joe Namath, relaxing on a beach in Miami, calmly “guaranteed” the press his AFC franchise would defy the odds and beat the Baltimore Colts. The rest is history.