Opa! Let’s hear it for Greeks and rugby league

A van offering souvlaki and gyros fed the fans last weekend at New River Stadium, London. The Greek rugby league team was in town for the 2021 World Cup qualifier match against the Norway Vikings.

Cries of ela, pame and bravo could be heard in the stand at Wood Green in North London as Greek supporters turned out to watch their team.

In the end it was the Greeks who were comfortable winners after a 56-26 victory.

After being up 32-0 at half time, Greece looked like they might win by a huge margin but Norway fought back and found the viking spirit to make a game of it in the second stanza.

After the game Nianiakas said he “felt like a Greek god out on the field.”

A clearly emotional Greece coach Jim Pizanias said “the boys were in tears before and after the game” so great was their pride in playing and securing a victory for their nation.

“It was a pleasure and a privilege to be given the opportunity to coach them,” said Pizanias who is on the coaching staff at Canterbury Cup side the Newtown Jets.

Greece will now enter a final group round with Scotland and Russia with the two top teams progressing to the 2021 Rugby League World Cup. They are potentially one win away from making history and qualifying.

Team manager Terry Liberopoulos has been a part of Greek rugby league from the very beginning after helping launch the international team in 2003 and travelling to Athens in 2007 to scope out a domestic competition.

There has always been a lofty goal in the back of his mind where Greek rugby league is widely recognised and respected.

“We’ve been trying to do this since 2003,” Liberopoulos said.

“Our aim has been to get rugby league started in Greece and then eventually take it to a higher level, go to a World Cup and then people might take us seriously and say hey there is rugby league in Greece.

“Hopefully from there you get government recognition, get more people playing in Greece and we put Greek rugby league on the map.

“I used to laugh when I was younger. You know, Greece in the World Cup. It was just a pipe dream.

“I just think it (World Cup qualification) would be great not just for Greek rugby league but rugby league in general.”

For many years Greeks and rugby league have enjoyed a strong connection in Australia.

Dr George Peponis, who was born in Tripoli, Greece, captained the Australian Kangaroos back in the 1970s.

There have been a number of others with Greek heritage that have added to the colour and history of Australian rugby league. 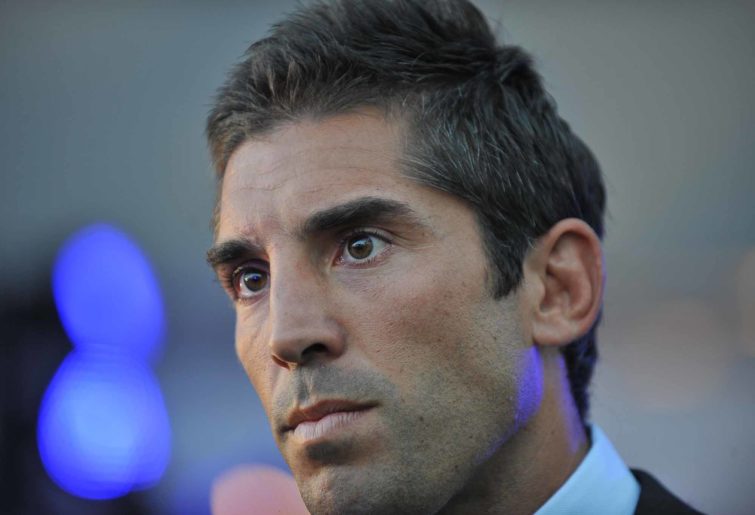 Braith Anasta was one of the many NRL players of Greek heritage. (AAP Image/Paul Miller)

The Greek Australian presence in rugby league has not been restricted to on the field. Nick Politis (Roosters Chair), Nick Pappas (Rabbitohs Chair) and Mark Bouris (Roosters Board Director) have all been influential in administration and governance. Media personality Peter Peters was a player and administrator at Manly. Ex Rooster and Rabbitohs player Arthur Kitinas coached at South Sydney.

The Greek domestic competition started in 2013 and now boasts five clubs including Aris Eagles and Attica Rhinos in Athens as well as the Rhodes Knights, Patras Panthers and Larissa. A third Athens team, the Athens City Raiders, are set to come into the competition next season.

Two women’s teams commenced playing this year. A women’s international match against Turkey will likely be played in September.

Despite all the good work being done there is a black cloud hanging over rugby league in Greece.

A split in the administration of the sport in 2015 means that the Rugby League European Federation (RLEF) sanctioned Greek Rugby League Association (GRLA) and the national team are not supported by the Greek government.

There is a second rugby league federation that curiously sits under the governance of modern pentathlon in the Tsipras-led administration. GRLA competition games are often played late at night at secret venues.

It is hoped that a berth in the World Cup or a change of government in October this year might see that situation move in a positive direction.

If Greece progress to the 2021 World Cup it won’t be just about how many games the team can win in the tournament.

The boost that the sport will receive both inside Greece and around the world through the Greek diaspora will be what is remarkable.