Matthew Galea
Expert
21st May, 2019
31
Join the conversation
Advertisement
Write for The Roar

It is somewhat fitting that Kevin Muscat’s final game in an official capacity with Melbourne Victory is on the Asian stage.

Despite his brilliant, 14-year stay at Australia’s biggest club and his indelible role in shaping the very identity of the Victory and its incredible on-field successes, Asia is the one frontier he failed to make a mark on – either as a player or a coach.

If that is the worst you can say about Muscat, then it’s safe to assume that history will reflect kindly on the former Socceroo’s incredible spell in Melbourne.

As a player, Muscat divided fans thanks to his win-at-all-costs methods. He did not mind the odd bone-crunching, ligament-snapping tackle if it meant winning a game of football, or even just making a mark on his more skilled opponents to stop them from making an impact.

If he did not play for your team, he became an instant figure of hate. If he played for your team or even better was your teammate, he was a figure to rally behind. A person who instantly inspire you to look 20 per cent better.

Even his fiercest detractors need only consider the record of Victory with and without Muscat in those early, formative years to see the difference he made.

But even the most imposing and brilliant on-field leaders struggle to make great managers – one only needs to study the managerial career of Roy Keane to understand that.

Muscat’s finest hours in football have come as Victory manager, which he took on with the unenviable task of replacing Ange Postecoglou.

The treble of 2015 ranks as one of the greatest feats of any coach in Australian football.

As a manager, he has shown a keen eye for talent, proven himself as a master manager of men and a shrewd tactician.

You would back him to go to almost any A-League club and make a success of it. 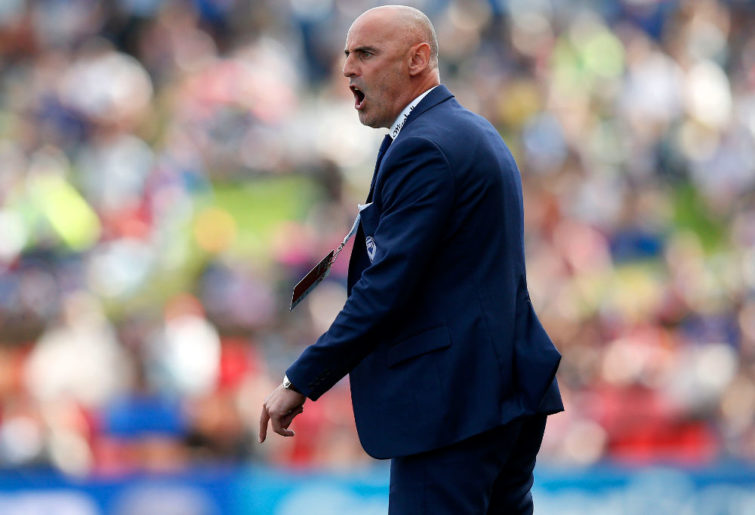 But what next for Victory?

The reality is that despite Muscat’s incredible record as a player and coach for Victory, there is still room for the club to grow.

One might even argue that the signs of this season demonstrated that his reign was becoming somewhat stale.

Whoever replaces Muscat will be tasked with continuing the proud traditions of domestic success he has had an irreplaceable role in creating, but the club will surely be looking for a coach who can take that success to the continental stage.

Only cross-town rivals Melbourne City – a club which to date has undelivered on potential – has the financial backing required to challenge Victory off the park and on it.

No one could say that Muscat’s final season in charge went to plan. As important as the former captain has been to the club, his reign was threatening to turn stale.

Their next coach will need to do more than just deliver the same. He will need to recapture the club’s A-League crown and find a way to forge a new path in Asia.

Victory cannot afford to fall into the trap so many clubs do when a dynasty such as Muscat’s come to an end by trying to replace the outgoing legend with the most like-for-like replacement.

Jim Magilton was the first and to date, only foreign coach of the club – not including nationalised Scot Ernie Merrick – but these days the prospect of the A-League and indeed Victory will be a much more tempting one for far more qualified foreign managers.

Victory chairman Anthony Di Petro claims his email is blowing up with CVs from all around the world.

He and his board must do whatever it takes to lure the best possible manager from the world’s best possible leagues to bring fresh ideas and fresh continental success to Victory.