Steve Mascord
Expert
21st May, 2019
8
Join the conversation
Advertisement
Write for The Roar

The times they are a’changing. But how much?

I’ve been around long enough to have heralded the end and start of many an epoch in rugby league. You can divide the way things seem by ten in the fulness of time.

More often than not, the environment rebounds to the way it’s always been in deeply tribal, regional and (NRL aside) cash-poor sport.

So when exciting new things happen, their significance is actually measured by how likely they are to be reversed over, erased, eventually.

Tevita Pangai Junior saying no to NSW is no big deal. What Andrew Fifita and Jason Taumalolo did in 2017 by turning down Australia and New Zealand to play for the same nation as Pangai, Tonga, was a huge deal, a watershed. 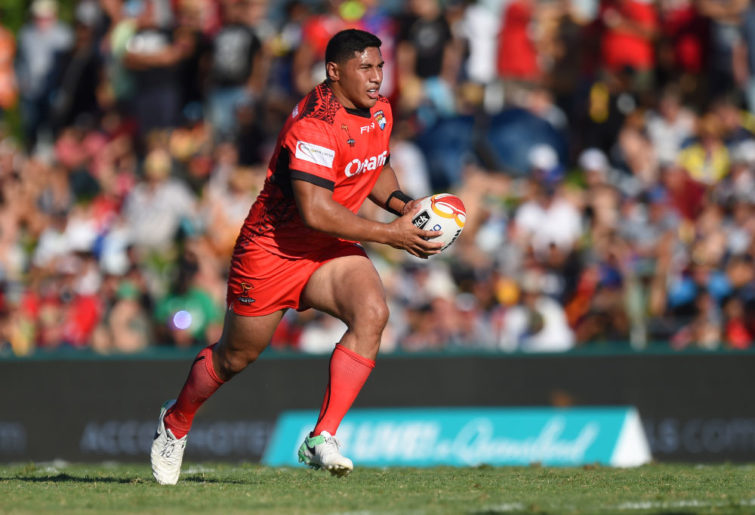 But Pangai’s announcement yesterday has installed added significance. It shows the progress made won’t be erased easily.

Similarly, the decision that Hemel Stags will be allowed to shift to Ottawa doesn’t seem anywhere like as big a deal as when Toronto Wolfpack were accepted into League 1 three years ago. A Canadian team playing away games in England? Wa?

But the Ottawa decision makes it just that bit harder for the sands of time to blow back over the Wolfpack until we can’t see them anymore. They’ve been successful enough to be imitated.

New York City is another beachhead altogether. For a start, it’s in another country. But most importantly, it’s New York City. If they get their act together, there’s a whole new footprint on the moon daring the solar wind to rub it out.

One flimsy, vulnerable new step into the unknown happened at the Camp Nou in Barcelona on Saturday, when 31,555 fans saw Catalans – wearing FC Barcelona (or was it Newcastle Knights, Peter Beattie?) inspired jerseys – beat Wigan.

I did a yarn before the game for Rugby League World on expansionary matches in our game which worked and which didn’t. All Golds stopping in Sydney in 1907? Worked OK – the sport started in Australia as a result.

Every event we’ve ever had in America? Failed.

So how do we make Spain stick? Can we toy with the idea of capitalising on Catalan parochialism be setting up a regional Origin team and finding a hated opponent? Nah, are have a club called Catalans already – they’re our best bet.

More games in Barcelona would be a good start – at least an annual clash. But can the Dragons embrace the whole region somehow? Perhaps Magic – just one week later this year – can be played there?

The Spanish Rugby League’s involvement in Saturday’s events seems to have been negligible.

A bold, positive move would be to stage a big event like Magic in Spain with Catalans and Wigan finishing things off. Perhaps split Magic between two cities. If Toronto go up, Saturday at BMO Field and Sunday in Barcelona?

Rugby league often gives up on things after just one attempt. Breaking that cycle takes passion, commitment and energy.

Say what you like about Tevita Pangai Jr and Eric Perez, but they’ve no shortage of both.