AFL Round 10: Tips and thoughts

We’re back again after picking up a solid seven out of nine last week, with the only two misses (Adelaide and North Melbourne) going down by a combined six points.

Let’s get to our thoughts for Round 10.

A relatively easy one to get us going. The Swans are coming off two straight (close) wins but run into one of the very best teams in the competition in Collingwood. Buddy Franklin and Josh Kennedy are huge inclusions for Sydney, especially since Collingwood won’t return Jordan De Goey, Mason Cox et al. despite rumours to the contrary. But just take a look at the team the Pies will send out on Friday night, it’s still loaded! Collingwood just have too much talent, depth and flexibility; they should continue the Swans recent struggles at the SCG (1-3 in 2019, 5-7 in 2018).

Port Adelaide seem to exist in a state of limbo, capable of dominant performances (smacking the Eagles by 42 on the road in Round 5) and duds (getting jumped by Collingwood in the first quarter of Round 7). They’re lapping the league in inside 50 differential at +12.4 (next-best is the Bulldogs at +7.7) but sit just eighth on the ladder and sixth in both points scored and percentage. A reminder: the Power were 11-4 last year before dropping six of their last seven games and missing the finals. In fairness Port have been banged up over the last few weeks, but they look like they’ve regained a couple of key players for the first match in what shapes as an important stretch of the season. Beginning Saturday, the Power won’t play a match at the Adelaide Oval until 22 June; going 2-1 or 3-0 would set them up nicely for the following four straight home games. Easier said than done.

The Hawks are always tough to beat in Tasmania (11-2 at this ground over the last four seasons, including a three-point win against Port last year), and while Ben McEvoy is a big loss, they also have some handy inclusions (Chan Wingard, James Frawley). I hate writing off Alastair Clarkson and the Hawks in Tassie, but let’s go out on a limb for the Power. I look forward to them inevitably letting us down.

Isn’t this exactly the type of game that the Bulldogs are just dying to blow? They’ve already done it twice this year, going down against Gold Coast and Carlton. The Dogs are at their best when their midfield can take over a game and launch big-scoring runs; the problem is their dearth of talent in the forward and back lines. It’s hard to say what North Melbourne do well this season besides conceding points (second-most this season), but with a defence that is getting healthier and with a more well-rounded midfield than they were deploying earlier this season they don’t really shape up as a team that should be at a significant disadvantage in this match-up. Should the Dogs win this game? Yes, probably. Is there a reasonable chance the Roos pull an upset? Also yes. I think this game is closer to a 50-50, and in these cases why not tip the nominal underdog.

Despite having one more win in the ledger so far, West Coast have clearly been inferior to Adelaide this season. The Crows percentage of 115.3 (fourth-best in the league) suggests they should be the team sitting at six wins instead of the Eagles, who have scored exactly the same amount of points as they’ve conceded this year. Adelaide’s strong defence should be able to handle the Eagles’ forwards, and the inclusion of Wayne Milera gives the midfield some much-needed quality ball use on the outside. West Coast have been scraping together uninspiring victories for weeks now, don’t be surprised if the Crows beat them up a bit here.

Look out for Richmond if they get healthy; they’ve arguably been one of the best four teams this year despite missing stars in every area of the ground. Conversely, Essendon now look like the team set to have their season derailed by injuries, with Devon Smith and Joe Daniher ruled out for the season this week. Essendon could still rack up a lot of ball in this game, but expect the Tigers to capitalise on every turnover, surging forward on the counterattack and washing away the Bombers like sand castles when the tide comes in. 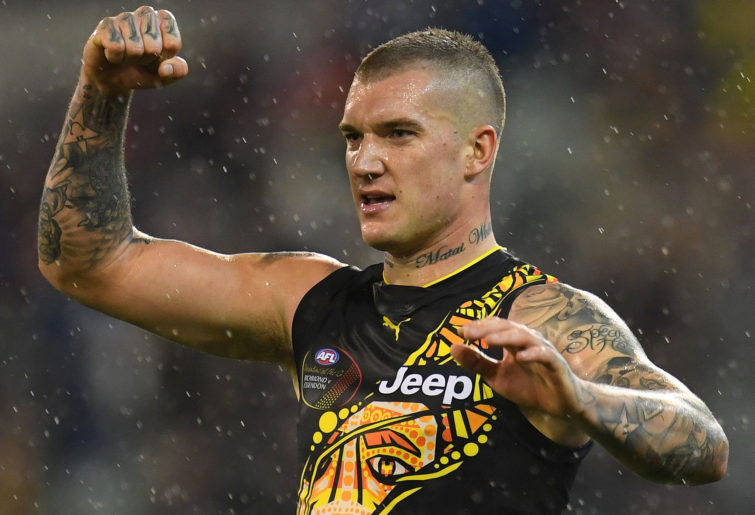 Guys, I don’t know if you’re aware of this, but apparently GWS are pretty bad at the MCG. Stop me if you’ve heard this one before: the Giants have only won two of their last 16… What? You have? Only 76 times in the last few weeks? Okay then, let’s dive a little deeper into their recent record at the G and see how concerned we should actually be.

If we look solely at 2016 onwards (the first year GWS became a perennial contender) the record is still a pretty dismal 1-6, but if we consider the teams the Giants have played, it doesn’t look quite as damning. Four of those losses came against eventual preliminary or grand finalists; the other two were a two-point loss to Melbourne in Round 1, 2016, and the debacle against Hawthorn two weeks ago. In fact the solitary win also came against an eventual grand finalist (Collingwood last year).

It’s likely that the Giants recent struggles at the ground are more a function of who they’ve played rather than some crippling mental deficiency that somehow infects the entire team each time they run out onto the hallowed turf. But hey, if Melbourne beat them by 40 this weekend, I might have to reconsider.

Reckon these two teams are keen for a win? Both are on four game losing streaks, both have a number of injuries, and both even hung tough with Collingwood over the last two weeks. The Saints have come back to reality after their 4-1 start; the record now better reflects their actual ability. Meanwhile, Carlton this week have found themselves being skewered by the media for… getting crushed by the Giants when everyone expected them to get crushed by the Giants? Fair or not, the rampant criticism should at least guarantee there won’t be a lack of effort from the Blues this week. The question is whether that’s enough to actually win a game. I can’t quite get there, so Saints it is.

The toughest games to tip are often those involving a good but not great team playing a true road game against an average but not awful team. Yes, Fremantle actually have a better percentage than Brisbane, but if you remove the opening round game against North Melbourne, which is looking more and more like an outlier, their percentage freefalls from 110.4 (fifth in the league) to 97.0 (12th in the league), comfortably below Brisbane’s season mark of 103.5.

The stylistic difference between the two is obvious, with Fremantle failing to crack 60 points almost as many times as Brisbane has topped 100 (four to five). The blueprint for a Freo win is an ugly game where the defence snuffs out most of Brisbane’s attacking entries, keeping it close enough for the midfield and forwards to squeeze out the points required for a win. For Brisbane, scoring upwards of 85 to 90 points should be all it takes, but can they do it on the other side of the country? A 55-point win at this ground last year against the Dockers suggests that they probably can.