When Rafael Nadal steps on to the red clay to try and claim his 12th French Open title next week, it will be a day that the world of tennis will remember for a long time. And it will have nothing to do with the Spaniard’s latest assault on Grand Slam history.

It will be memorable because for the first time in the Open Era, the United States will go unrepresented among the men’s seeds at the French Open or indeed at any Grand Slam.

It will also be the first time since the US Open in 1973 that no American will be a part of the men’s draw at Roland Garros.

The disbelief and shaken heads will, however, do nothing to clear away the dark clouds that surround the sport in America.

More than three decades ago, journalist Michael Mewshaw exposed corruption and unprofessionalism in tennis in his book Short Circuit.

“The fact is, while tennis likes to boast of its international dimensions, the sport is dominated by America and Americans. Of the top ten players at any given time, more than half are likely to be from the US. The percentage is about the same as one dips down a hundred rungs on the computer. The Association of Tennis Professionals has eight executives, six of them American. The Men’s International Professional Tennis Council has ten members, four of them American.”

So when and how did it all fall apart from those dizzy heights of dominance?

When Mewshaw wrote his book, Jimmy Connors – although ranked in the top five and still a force to reckon with – was in decline, but John McEnroe was at the peak of his prowess and fighting for the top spot tooth and nail with 22-year old Ivan Lendl.

Following them in the ATP rankings that year (1982), with the star spangled banner marking their every tour victory, were Gene Mayer, Eliot Teltscher, Vitas Gerulaitis, Roscoe Tanner, Sandy Mayer, Brian Teacher and Brian Gottfried. Ten of the top 20 players in the world were American.

Ten years on, the 1992 ATP rankings had seven Americans among the top 20. Jim Courier was at the top of the world and household names like Pete Sampras, Michael Chang, Andre Agassi and Brad Gilbert were on that elite list.

By 2002, while the world may not have paid it much attention at the time, the American dominance of the men’s sport was but a shadow of its former self. The larger-than-life presence and famous victories of stalwarts like Pete Sampras, Andre Agassi and Andy Roddick were glossing over the absence of more of their countrymen at that level.

When Andy Roddick held aloft the US Open at the Arthur Ashe stadium the following year, it even seemed like a revival. After all, since 1989, American men had won 14 Grand Slams, and Roddick was fully expected to follow in the footsteps of Pete Sampras, Jim Courier and Andre Agassi. And surely the successors would come along, as they always had.

A decade on, the absence of players from the United States was so glaring that there was nowhere to hide. John Isner at No.14 was the sole representative in the ATP top 20 rankings of a nation that once ran the sport for the benefit of domestic audiences as it does for the NBA and the NFL. 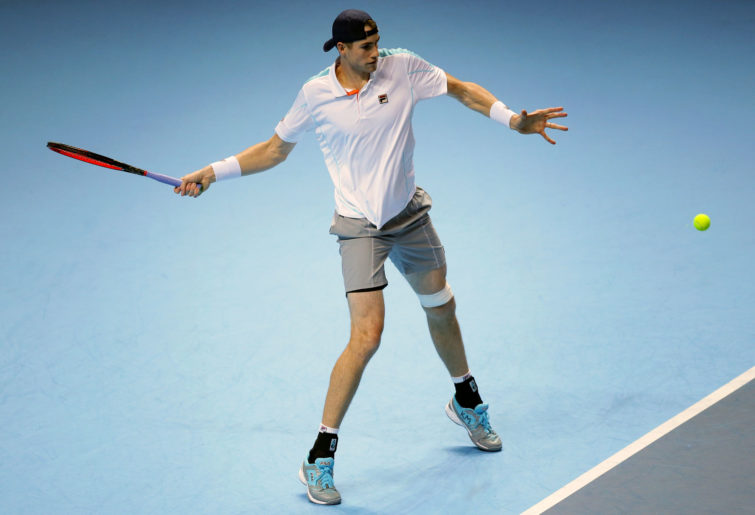 Seven years later, with Isner out through injury and no countrymen in sight to take his place, it should be no surprise that American tennis has hit rock bottom.

So is there hope for tennis in America?

It’s a legitimate question to ask. But to answer it, one has to examine the root causes of the malaise.

The first is geopolitical and the blame could be directed at the White House. As The Telegraph wrote in a report last year, “When US President Ronald Reagan exhorted Mikhail Gorbachev to ‘tear down this wall’ in 1987, it is unlikely that he predicted his demand would lead to a decline in American men’s tennis.”

What it did was open up the world of tennis to the deluge of suppressed talent from Russia and the rest of Eastern Europe. Whereas in the past only the supreme talent of Czech Ivan Lendl had escaped the clutches of his Communist masters and made a name for himself in the world of tennis before eventually taking American citizenship, now there was no barrier to hold them back.

From behind the shadows of the long melted Iron Curtain emerged one of the all-time greats of tennis, Novak Djokovic.

In order to win, exercise and practice was not enough. Djokovic went in with a gluten-free diet and slept in a fetal position inside a cryogenic chamber. But he wasn’t the first, just one of many who played the sport like their lives depended on it.

Djokovic had the examples of Rafael Nadal and Roger Federer to follow, both of whom were ruling the sport, and had redefined intensity and intent in tennis. Together, they slowly edged out the players who did not have the same desire to win at all costs. Chief among them, the Americans.

Former American tennis player Martin Blackman called the phenomenon ‘Europeanization’, and pointed out that since tennis was reinstated as an Olympic sport in 1988, “This led to other nations’ federations playing a more substantial role in subsidising player development.”

The problem, however, was not so much that the Europeans were making more effort to be better at the sport, but that the Americans – perhaps from complacency – were not doing enough.

More seriously, he said something that should worry lovers of the sport n the country: “Being successful requires a hunger and a desire, and some of our best, most talented players currently playing don’t have that”.

By the time Patrick McEnroe was brought in to stem the rot in 2008, it was already too late.

“There was some complacency,” he would admit. “We had so many great players in the past but it happened by chance. We had great facilities and coaches but we became pretty spoiled by Jimmy Connors, my brother [John McEnroe], Andre Agassi and Pete Sampras.”

The USTA had realized the value of grassroots coaching, but by that time Europe was miles ahead. Whereas players like Arthur Ashe and Connors had emerged from the NCAA’s successful college system, modern players were turning pro straight from high school, and then struggling when they faced up to players from a much better equipped system in Europe.

McEnroe forced the USTA to start investing in players early on and a decade later, and with the emergence of Frances Tiafoe and Taylor Fritz, the first signs of revival are evident. 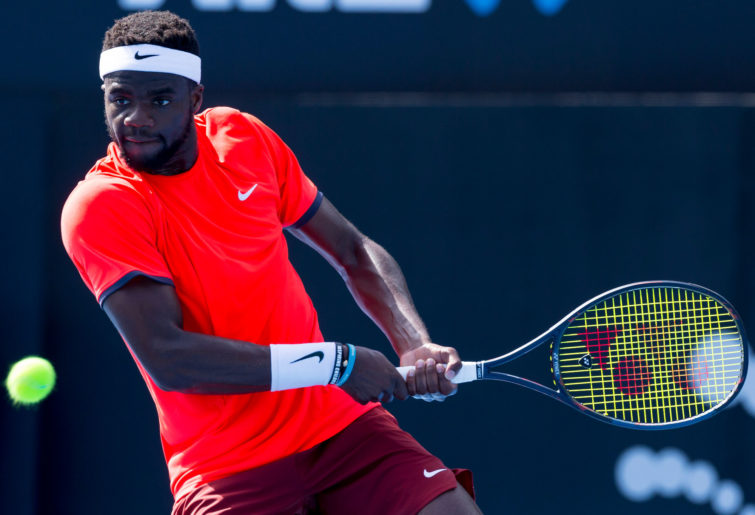 But this could well be a false dawn, for all the core issues are yet to be addressed. While tennis is one of the top sports worldwide, shockingly in the United States, it doesn’t even come in among the top ten.

The best athletes in America do not play tennis. That is an undeniable fact. As Andre Agassi points out: “Tennis is still, unfortunately, an expensive sport. Although we have 300 million people, how many of those can afford to take it on?”

This creates a vicious cycle. West Indies cricket suffered from this very same problem for decades before its recent revival. When a system fails to create champions, it also fails the generations that follow, for they have no role models to look up to.

If one were to look at the positives, America today has more players in the world’s top 100 than any other nation – five of whom are 25 or younger.

With Federer, Nadal and Djokovic – perhaps the three greatest tennis players of all time – in their 30s, and none of the next generation of players looking like they could dominate the courts for as long as these three have done, it leaves a window of opportunity open for an American revival, led perhaps by Tiafoe and Fritz.

The next decade will show whether the reports of the death of American tennis, to paraphrase the great American writer Mark Twain, have been greatly exaggerated.