It’s becoming clear that NRL teams have tested how far they could push things and they’ve now settled in. Slowing up play by giving away strategic back-to-back penalties is well and truly back in vogue.

The last five weeks have seen the five highest penalty counts across the eight games.

Rounds 6 to 10 had 562 penalties awarded (112.5 a week, 14 a game). That’s still a fair way behind last year’s early-season rules ‘crackdown’, but it is definitely creeping upwards.

Once teams learned what they could and couldn’t get away with, they’ve started doing what they do best – pushing the rules as far as they’ll go and daring the ref to do anything about it.

Round 10’s games saw 125 penalties conceded, the highest of the season so far. As well, just over one in every three penalties (38 per cent) was given away inside the opposition 20-metre zone.

It’s a battle on the field right now – the penalty numbers bump as the referees try to get back on top of the teams who are again comfortable pushing the laws to their limits every week. The NRL doesn’t want a lot of penalties awarded because it burns the clock and is starting to end up in too many penalty goals to boot.

NRL head of football Graham Annesley admitted as much in his Round 10 weekly review, saying about the penalties inside the 20 “that is a worry, we’re aware of it and are telling clubs publicly that this is an unacceptable approach to this area of the game.” 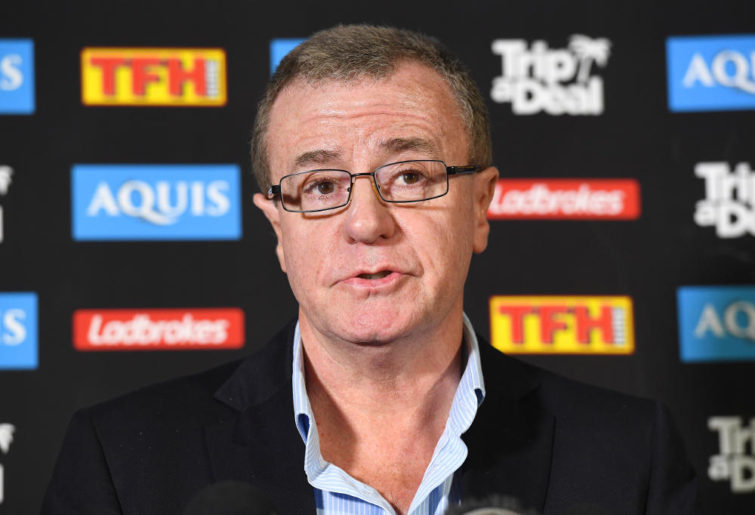 Teams freely giving away multiple penalties to reset their defence close to the try line is hardly an earth-shattering development. Copping two points is hardly a massive deterrent.

So what’s the solution? Here’s a couple of pretty simple suggestions to get back on track.

Keep the play moving
If a team is giving away penalties inside the 20 (or anywhere else), keep the play running. Reset the tackle count. Don’t stop play to let the defensive line get set and have a breather for 90 seconds.

If a team gives away another penalty during this next set, bin the responsible party. No discussion. Everyone knows what’s what.

What about kicking for touch, you ask? That’s become one of the most useless plays in the NRL. Teams used to encourage their kickers to reach for as many extra metres as they could, now anyone just knocks it out ten or so metres down the field and gets set to run a front rower into a reset defence.

Wouldn’t it be better if they could keep rolling against a defence in disarray?

If the aggrieved team wants to kick for two, it’d be on them to stop the play and tell the ref that’s what’s happening.

As things stand, the ball is only in ‘live’ play for around 55 of a game’s 80 minutes. Introducing a decent advantage by resetting the tackle count might help to bump that up a bit and give us more rugby league for our buck.

Don’t be so scared to boot a player
Use the sin bin! Don’t give warnings. Just toss someone. Doesn’t matter if it’s inside the 20 or anywhere on the field. Professional fouls should be dealt with swiftly and summarily.

Last year 112 players copped the ten-minute breather, and apparently that was an astonishing amount. After ten NRL rounds in 2019 just nine players have been punted. That’s supposed to be something to be happy about, but it isn’t.

On Saturday night South Sydney’s Sam Burgess was ‘warned’ after giving away five penalties, including three in two minutes, as Canberra hammered away at the Rabbitohs line. If that’s not enough to get sat down, what is? 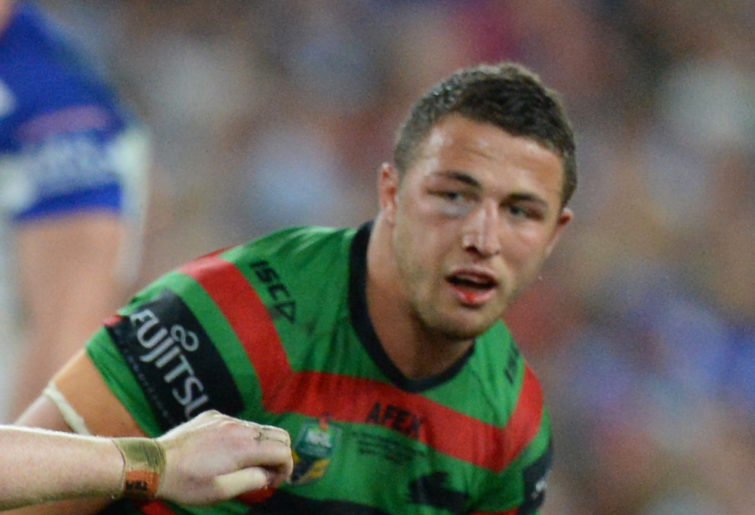 There’s been a school of thought that referees are to give a general warning to sides after a chain of penalties, but Annesley says that’s not the case and I’ll take his word for it.

I’ve never understood the NRL’s reticence to dish out ten minutes. Teams know they can get away with murder because the ref won’t want to upset a game’s ‘competitive balance’. Players tend to learn pretty quickly, though – a booting here or there and they’ll sharpen up considerably. Coaches, on the other hand, might take a bit of work.

By way of comparison, this season’s Super Rugby has played 12 weeks and already 63 players have been yellow carded and copped ten on the pine. It’s an accepted part of the game that foul or cynical play gets you punted. In rugby league it leads to media-led hysteria about referees messing with the game’s mythical ‘flow’.

If you’re pretty much guaranteed you won’t get binned and you’re stopping your opponent from scoring tries (in 2018 only 15.5 per cent of penalties resulted in a try from the ensuing set), why wouldn’t you just keep infringing, especially when the referee seems terrified to send a player from the field?

It’s such a bad problem for the game but such an easy fix to get more time with the ball in play, better discipline and a more entertaining outing to the football for all of us.

What’s stopping it from happening?