The Roar
22nd May, 2019
4
Join the conversation
Advertisement
Write for The Roar

With only days to go until Queensland name their Origin team for Game 1 of the 2019 series, there are still plenty of questions surrounding the make-up of the side. So who do you think should suit up for the Maroons on June 5?

With Greg Inglis unexpectedly joining the raft of Queensland legends to call time on their Origin careers earlier this year, Kevin Walters has suddenly gone from having a team which picks itself to one which is surrounded by selection doubts.

Inglis himself leaves a gap in the centres which needs filling, and Walters will also need to find a winger to replace Valentine Holmes. At least Kalyn Ponga offers an obvious replacement for the retired Billy Slater at fullback.

There’s also a conundrum for Queensland in the halves. Daly Cherry-Evans had been firming as the frontrunner for the no.7 jersey, only for a syndesmosis injury to put him in doubt for Game 1. The Manly skipper is reportedly in with a shot of being fit for the Suncorp Stadium clash, but Walters may prefer to go with the fully fit Michael Morgan at halfback.

Perhaps the biggest selection issue facing the Maroons is at hooker. With Cameron Smith into his second year of rep retirement and both Jake Friend and Andrew McCullough out for the series due to injury, the options are few and far between. Jake Granville and Ben Hunt are the two most likely candidates for the no.9 jersey.

So who do you think Walters should pick for Origin 1? Choose your ideal Maroons side using the form below, and be sure to let everyone know who you’d pick in the comments section.

2020 Origin selections are gathering pace and are subject to much discussion, particularly in the Queensland camp. 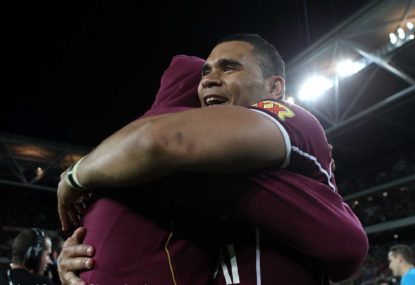 Is this the worst Queensland Maroons team in history?

Seriously, do we stand a chance?

Is this the worst Queensland Maroons team in history?

Kalyn Ponga has been ruled out of State of Origin this year in another blow to the Maroons’ backline stocks. 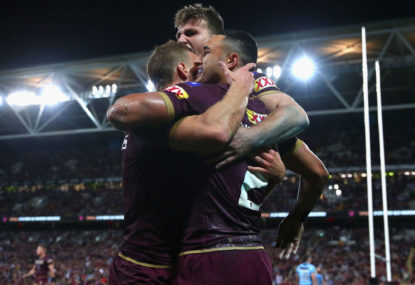 Queensland selectors have named 15 players to join the Maroons squad for the 2020 State of Origin series, including Kalyn Ponga.