The first Saturday game involves the 35th match between Hawthorn and Port Adelaide.

This one’s in Tassie, and Hawthorn has a big out: Ben McEvoy. The ruckman has been a good contributor so far this season and will be missed. His loss will be offset to some extent by James Frawley and Chad Wingard, but Port Adelaide also have some significant returns in the powerhouse Robbie Gray and Tom Jonas, who will both step out on the paddock.

Hawk Ricky Henderson will play game 50 in the brown and gold after 90 with Adelaide. Tom Jonas will equal the game tally of bad boy Nick Stevens at the Power.
This will be a tough encounter between two desperate teams, but I favour the away side by 20 points.

The Western Bulldogs hold a two-game advantage over North Melbourne in the 161 times they’ve met, and they should increase it to three, by 18 points. Bulldogs Easton Wood, Mitch Wallis and Jack Macrae should move up the top 100 game-player ranks to equal Dave Bryden, David Darcy and Allen Stoneham and Mick Egan respectively.

At North Melbourne Jamie Macmillan should leap up to sit just outside the top 60 game players with Kevin Dynon, Daniel Harris and Jess Sinclair, while Sam Wright, depending on which set of stats you believe, will move from being sandwiched between Dally O’Brien and Daryl O’Brien to joining Wally Carter just outside top 70.

If Adelaide’s two star forwards, Taylor Walker and Eddie Betts, can perform, they will go a long way towards beating one of the flag favourites, West Coast Eagles, at Adelaide Oval. However, the Eagles backline is a formidable combination, and coupled with two star forwards of their own, the Eagles will win by four goals. Taylor Walker, Eddie Betts and Rory Laird will all rise up a rung in the Crows top 100 game players, equalling Brett Burton, Darren Jarman and David Pittman.

At West Coast Luke Shuey will play his 187th game and equal journeyman Martin Pike’s number of AFL games in the No. 13 jumper. Shuey will also equal the games record of Adam Selwood at West Coast. Elliott Yeo will match the game feats of Craig Turley and Fraser Gehrig.

Gold Coast’s Aaron Young (100th) and Geelong’s Lachie Henderson (50th) will have their milestone games put on hold due to injury when their two sides play each other this weekend, but Jarrod Witts will record his 50th game for the Suns. It may not be a happy celebration as I expect the Cats to comfortably continue on their winning ways.

It will also be a big game for Tom Hawkins, not only for the many goals I expect him to kick but also because after 241 games he will eventually overtake Barry Stoneham as the most prolific wearer of the No. 26 jumper at Geelong and the sixth most prolific overall. He will also equal Gary Ablett Senior on the games-played list. Cameron Guthrie will equal Geoff Rosenow’s total games and become a top-80 player.

Famous broadcaster Dennis Cometti has been inducted into the AFL’s Hall of Fame for his brilliant media career. 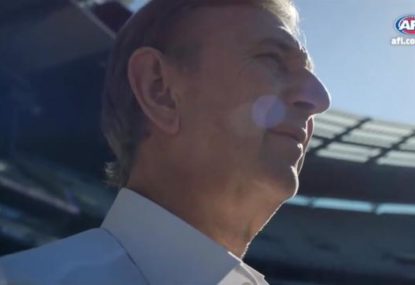 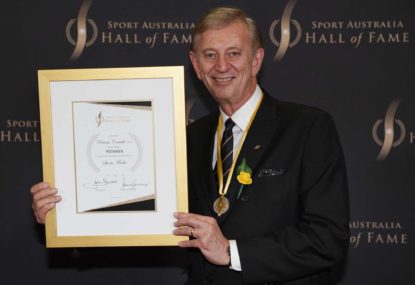