The pressure is now on Don Pyke

In Victoria, we have been shocked by the news that Brad Scott and North Melbourne have parted ways in Round 10.

A ‘domino effect’ theory has been circled by members of the media, which suggest that all of Carlton (Brendon Bolton), Essendon (John Worsfold) and Sydney (John Longmire) may need new senior coaches in 2020.

What the Victorian Media, and to a lesser extent the nation-wide media hasn’t factored in, is that an influential player in the search for a new coach might be the Adelaide Crows by the end of this season.

Don Pyke took over the club in 2016 after the tragic death of Phil Walsh, and done a marvellous job in his first two seasons.

Only percentage denied Adelaide a top four berth in his first year of coaching. They finished fifth and were knocked out of the finals by Sydney in the semi final, who went on to make the grand final.

2017 was the best year for Adelaide since 1998. They finished the season as minor premiers, winning fifteen games and eventually being beaten by Richmond in the grand final. 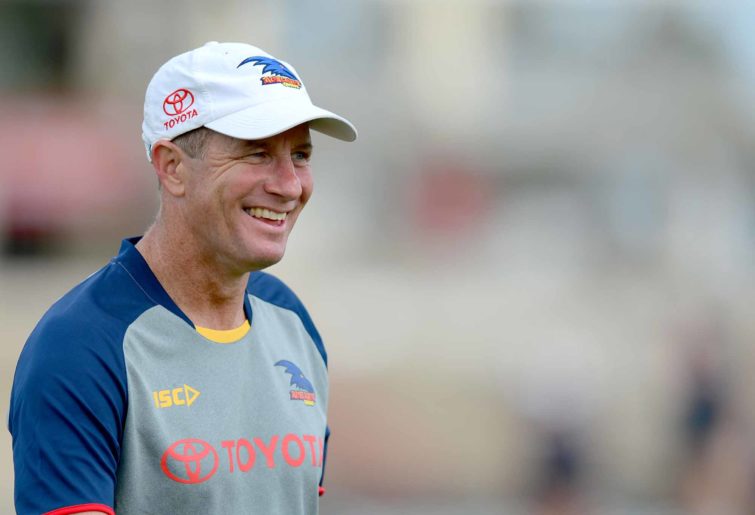 Fast forward two seasons and Adelaide have gone backwards at an alarming rate. After finishing twelfth in 2018, where anything but a grand final experience was a failure, the Crows were expected to hit back hard in 2019. Frankly, they haven’t fired a shot.

They sit seventh on the ladder after Round 10. Some would consider this ‘firing a shot’, but in a tight season they’re one game off 11th, and on the flip side – two games from third. Make no mistake though, this is a team that is right in their premiership window. Losses against North Melbourne and Hawthorn don’t cut it.

In the games that they’ve won, they’ve beaten nobody (with all due respect) who are going to be there at the pointy end of the season. They’ve beaten teams who are currently 8th, 10th, 11th, 15th and 17th.

They rank 11th in goals on average per game, and if you disregard the 119 points they scored against a weak Gold Coast side, they’d be a lot lower. Their ability to score quickly and at will was a feature of their grand final team – a team that is a shadow of its former self.

From the outside looking in, there seems as though there must be disharmony among the group. The footballing world know there was last year with the infamous collective Mind camp. This year, senior figure Bryce Gibbs, who Adelaide traded two first round draft picks for – has been dropped twice.

Defensive issues have been sighted as a reason for dropping him, but on the surface it doesn’t make sense. After 27 and 26 disposal games, dropping him does seem very harsh. 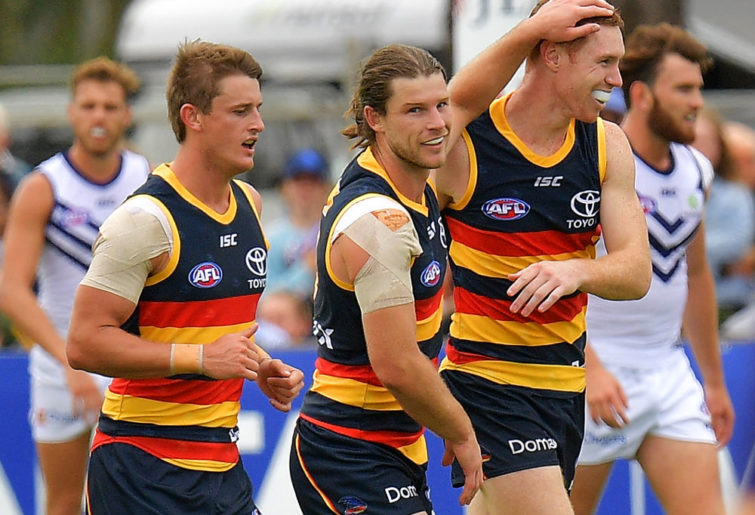 Another key crow in Josh Jenkins has also been dropped. Admittedly, he had a poor start to the season, but dropping a forward who has kicked over forty goals for the last five years (with a personal best of 62) seems ridiculous, especially when considering his replacement is Elliot Himmelberg who is just twenty.

I’m not by any means suggesting that Don Pyke should be sacked immediately, but it’s a big second half of the season for him and his team. They face a Melbourne team desperate to keep their finals hopes alive in Darwin on Saturday night, before facing a tough stretch of games. They face Greater Western Sydney (3rd), Richmond (4th) and Geelong (1st) in the next month.

They then face a tough end to the season, where they play West Coast (5th), Collingwood (2nd) and the Western Bulldogs in Ballarat, who are very hard to beat there.

For a team who has actively said from the board down that they’re trying to win a premiership this season, missing the finals would be an unmitigated disaster, and maybe the final straw for the Adelaide Board. It’s a big month for Don Pyke.