Of course Queensland will win Origin. They always do

There are a few things in the rugby league world that you can set your clock by.

The Brisbane Broncos on free-to-air television, that it was the toughest pre-season ever and that New South Wales – after even the briefest window of success – will have the arrogance to assume that they are going to win the coming series.

However, the most regular occurrence is that unfounded arrogance being routinely shoved right up their posteriors by the Queenslanders.

One of the reasons that State of Origin has been so captivating is that the Queenslanders absolutely delight in wiping the smug looks off those cockroaches faces with compelling regularity.

And you can bet good money that it will happen again this year.

While so many great players from the Maroon dynasty that won 11 series in 12 years have now retired, you can be guaranteed that – while it seems unlikely right now – there will be new heroes that will rise to replace Darren Lockyer, Billy Slater, Cooper Cronk, Corey Parker, Greg Inglis and Cameron Smith.

You know it is true because over the 39 years of State of Origin the Queenslanders have used 84 fewer players than their southern enemies. That is 17.6 per cent fewer players to be the ultimate victors 66.6 per cent of the time. 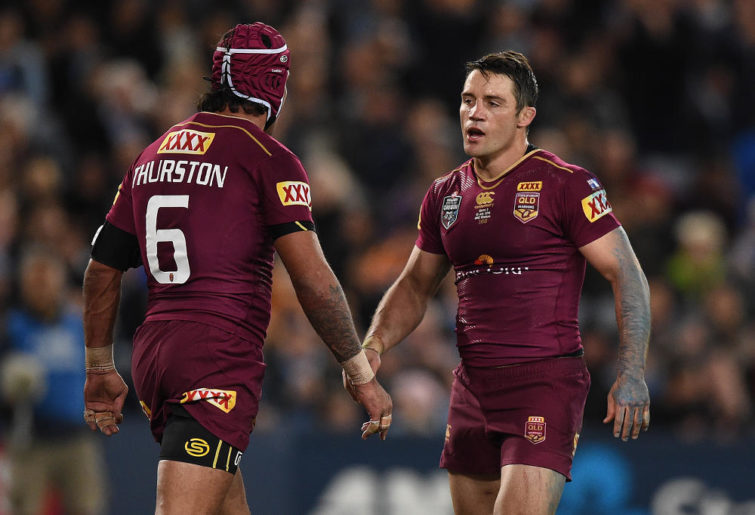 Of the 71 players who have donned the Sky Blue or Maroon jersey just one time, 49 of them (69 per cent) were New South Welshmen.

Why has there been such dominance in this contest, especially when NSW has 2,500,000 more people and masses more players to develop and choose from?

As I’ve pointed out before, this dominance isn’t simply down to the Maroons having the better players, it is because the team and the whole state is totally united in their hatred of NSW. Everyone north of the Tweed is determined to defeat them.

It is what moulds the players into better players. Just like the 300 Spartans defending the Hot Gates, to the boys in Maroon this isn’t just a game. It is a yearly opportunity to smash NSW.

Every one of the 17 players lives and breathes the Maroon battle ethos. Always help your mates; find an answer; don’t make any fat#king excuses.

The last time these two sides took to Suncorp stadium both had six different players to those who will line up next Wednesday. For NSW there will be no Tom Trbojevic, James Roberts, James Maloney, Jack De Belin, Tyrone Peachey or Tariq Sims.

In comes Nick Cotric, Josh Morris, Cody Walker, Jack Wighton, Payne Haas and Cameron Murray, five of whom are debutants and the other will be the oldest man on the field.

That’s a two to one ratio right there. Over the last decade that dominance has increased to 75 per cent.

Of course there has been plenty of talk about why the Queensland side is clearly inferior this time around. However, most of them are baseless rubbish.

Firstly, that they are going in with a makeshift hooker in Ben Hunt is seen as a massive issue. Sure, Hunt is missing an average of 3.7 tackles a game so far this year for 41 in total.

However, that’s playing in the halves. In the centre of the field he is highly unlikely to be isolated in defence. Further, his passing and organising game is great for the pack, and he brings another really good kicking option to the fore. He is not a liability.

Another issue brought up is that the Queensland bench is inferior. For starters there are three debutants there in David Fifita, Moses Mbye and Joe Ofahengahue.

What is forgotten is that Mbye, Ofahengaue and Fifita will be debuting in their own cauldron, in front of their own crowd. For two of them it is their actual home ground.

Conversely the NSW debutants of Cotric, Walker, Wighton, Haas and Murray will representing their state for the first time in the most hostile place possible. That’s pressure.

Mbye can cover fullback, wing, centre, the halves and – at a pinch – hooker. Ofahengaue and Fifita bring size and impact – a State of Origin essential. Both average ten metres a run in the NRL and are very reliable tacklers. If NSW underestimates them it will be great for Queensland.

There are plenty of positive advantages that Queensland have over NSW too. Apart from the home ground advantage, they are also a far more experienced team in this arena. The Maroons side boasts 102 Origin caps at an average of six a player.

That’s 25 more than NSW have among their line-up. That gulf is most profound in the outside backs where the NSW 1-7 have only 30 caps between them – with almost 50 per cent of those belonging to 32 year old Josh Morris – while Queensland boast 46.

There are seven Queenslanders who’ve had what it takes to win an NRL premiership compared to four Blues.

The average age of the NSW backline is 24.6, and that is lifted by having old man Morris in there – who’ll no doubt be telling the whippersnappers around him all about his debut way back in aught nine when phones still flipped and had buttons, and they were happier for it I tellsya! 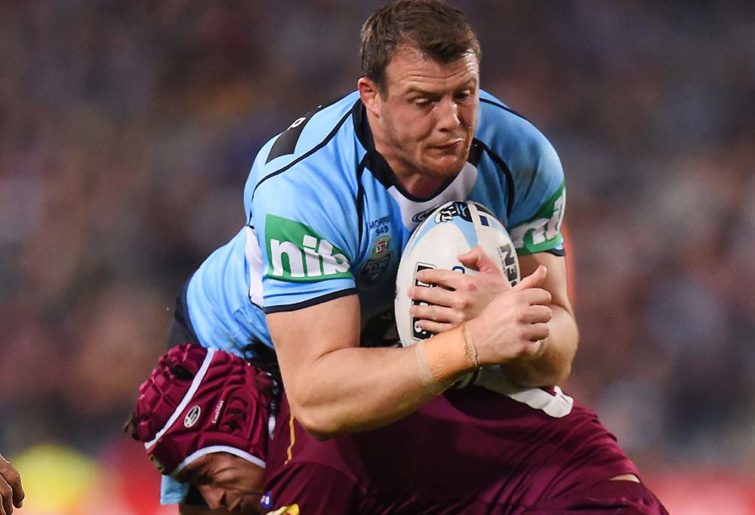 Josh Morris has been playing since the days of Ken Irvine and maybe before. (AAP Image/Dean Lewins)

The Queensland backline has an average age – and experience – of almost two years greater than their opposition.

The mismatch of the 192cm tall Corey Oates up against the 183cm Josh Addo-Carr is sure to attract the attention and kicking expertise of Daly Cherry-Evan, Cam Munster, Michael Morgan and Ben Hunt.

While we are looking at the halves, one of the Queenslander’s greatest allies in this series is that Cherry-Evans has been maligned for so long as substandard. He is anything but.

After Cooper Cronk, he’s the best halfback in the NRL right now. He is a superb leader and playmaker. His partner in crime is the red hot Munster who is just dying to rip the Blues a few new ones with his full on attack and aggressive attack. 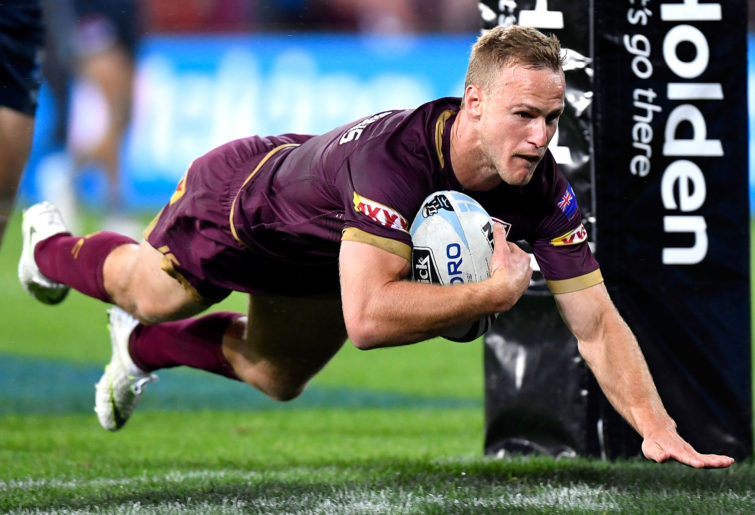 They are up against 29-year-old debutant Cody Walker and three-game veteran Nathan Cleary, whose club side has only managed to score 143 points so far this season at an average of 13 points a game. It seems a total mismatch. Yet NSW are the favourites?

The Queensland pack has been somewhat maligned coming into this game, but props Josh Papalii and Jai Arrow are averaging 275 metres a game between them this season – almost the match of David Klemmer and Paul Vaughan – and both are in rare form.

Then there are stalemates all across the field. Just for example the match ups of Kalyn Ponga and James Tedesco, as well as Josh McGuire and Jake Trbojevic will be compelling.

Sure, Latrell Mitchell is in outstanding form and will test Will Chambers. However, Chambers is no slouch and has a depth of experience and skill.

Yes, Damien Cook shows unbelievable speed coming out of dummy half. However, this will still be just his fourth game in sky blue and he hasn’t yet won at the cauldron that is Suncorp.

Don’t get me wrong, I’m not backing a Maroon shellacking of the Blues by any stretch. However, I’m putting my hard earned on Queensland, once the dust has settled on this series, having won yet another State Of Origin crown.

Queensland victories are as predictable as the moon and the tides.

And I see another bad moon rising for NSW.