Still on the wing...

SOCRATES
Roar Rookie
30th May, 2019
14
Join the conversation
Advertisement
Write for The Roar

I reckon you could count the number of blokes that I have loved in my life (other than my brothers and my Dad) on one hand.

There are some mates from my school days and one or two from the old neighbourhood where I grew up – and there was Al. Al wasn’t from the neighbourhood or from my high school. He was ten, maybe fifteen, years older than me and he came from New Zealand.

I was a fit, young, rugby-playing, board-short wearing uni student freshly out of the sun-drenched suburb of Manly and Al was a Kiwi import bohemian singer-songwriter trying to make it big in the booming Sydney music scene.

We were like chalk and cheese. I had tanned skin, blond hair and loved sport and daylight activities. Al had fair dark-olive skin, dark hair and saw about the same amount of sun light as the average vampire.

The most exercise Al ever got was when he was playing his guitar or when he was getting into a fight (he wasn’t an aggressive lad, but he was not the kind to stand idly by when he saw an injustice being done or perceived that a friend was under threat).

The thing we had in common was that we both loved music. I couldn’t sing or play an instrument or write a song… well I could, but I was terrible.

Al, on the other hand, was brilliant. He had a deep, grumbling, booming baritone voice that emerged from his barrel-like chest with the force of a jet engine.

When Al sang, the floorboards shook. It seems contradictory, but along with his voice’s resonance came a sweet and mellow timbre. The bastard could sing.

Not only was he a singer but he was a great guitar picker too. While the Sydney folk-rock scene of the time had its share of great guitar pickers like Mike McClelland, John Kane, Doug Ashdown and Dan Johnson, Al had a thumping funkiness to his guitar playing that made him unique on the local music circuit.

He could write songs too. His songs were eccentric, rhythmic, sad, funny, silly, spiritual and very cool.

So many folky performers at the time churned out material that had its moments but didn’t stray far from a well-trodden path. Al’s songs, on the other hand, were always original and unusual and way different from his peers.

I initially started hanging around with Al because I liked his music. As it turned out, we got on.

He was funny, silly, smart, talented, rude, witty and nowhere near as eccentric as he pretended to be. He could make me laugh, cry or think (about life and the world) in equal measures. He was interesting. He found me interesting too, I suppose.

I didn’t fit neatly into the inner-city bohemian crowd he was used to, and I did stuff other than just staying up all night going to gigs and listening to music.

Al and I were a bit like the Warner Bros dog buddies Spike and Chester but with the doggy roles we played changeable depending on the world we were inhabiting at the time.

In the music scene around inner-city Sydney, Al was the dominant Spike character who would decide precisely what we were going to do and how we would do it while I was happy to be his enthusiastic little sidekick, Chester. 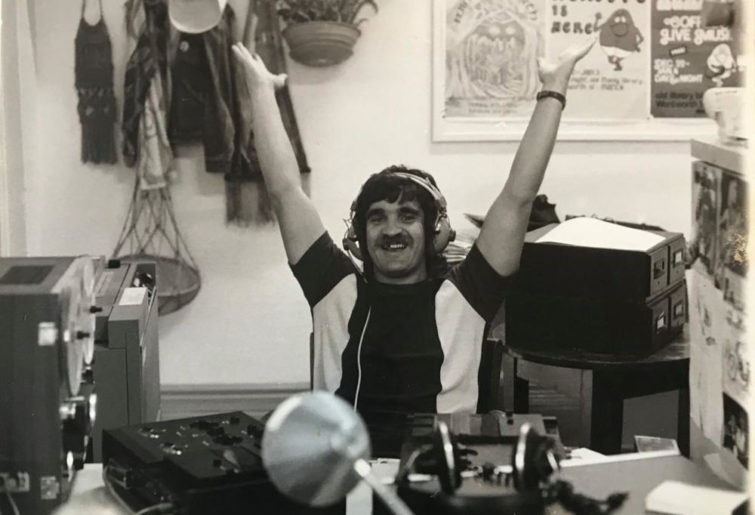 Back in Manly, at the footy or at the beach, I would become more like Spike and Al would assume the role of Chester.

For someone who normally hung with a crowd who looked upon rugby with disdain, Al showed a curious amount of interest in the sub-district rugby team that my brother John (the Rattler) and I both played for.

Al, who was in his mid-thirties, openly admitted to the fact that, as a Kiwi, he was unusual in that he had never played a game of rugby in his life!

Al’s family were an arty, intellectual and musical crowd and even as a small boy the subject of playing sport or wearing a rugby kit had just never come up.

Given his penchant for late nights and his former aversion to daylight, John and I were a bit surprised when Al enquired as to whether the Balgowlah Wombats RUFC would consider giving him a run some weekends.

Despite our surprise (and dubiousness), as players for a “subbies” (Metropolitan Sub-District) club that only fields one team and has to find fifteen fit and enthusiastic players every weekend to front up for a match in the lowly Farrant Cup, you don’t refuse the offer of a player to help out, even if that player has never touched a rugby ball in their life.

The next weekend John (the Rattler) and I got the chance to introduce our muso mate, Al, to coach “Jonesy” (the older Jonesy… our team had two Jonesies) and to all the other Wombats including “Cocko”, “Popey” (our one and only token ex-Wallaby), “One-armed Stew”, “Strawbs”, “Ulcer”, “Hodgey”, “Turtle”, “Slug”, “Gordo” and the younger “Jonesy”.

Of course, the question came up, what do you do with a new player who has hit the mid-thirties, has never played rugby before and, despite his New Zealander heritage, doesn’t have a clue about the rules of the game?

As any experienced “subbies” player or coach will tell you, the solution is simple. You stick the new bloke on the wing where he is least likely to do too much damage to either himself or the team.

There is no other sporting competition on the planet where Murphy’s Law is more likely to apply than in Sydney Metropolitan Sub-District Rugby. We should have known.

Bunging Al out on the wing was going to be of no assistance at all. We may as well have slotted him into halfback or hooker.

In subbies, if something can go wrong, it will. In subbies, every well-thought through, practised and executed plan goes inevitably awry. 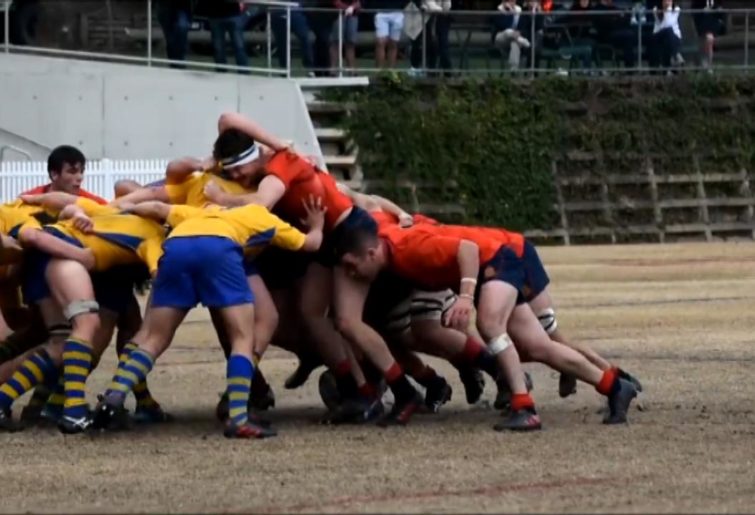 Mere seconds after the referee blew the whistle to start the game, the opposing flyhalf executed a kick-off that sent the ball high into the sky and plummeting down a dozen or so metres from where it was intended, making a bee-line for the one bloke on the field who had never caught a rugby ball before.

There was nothing that the coach, the captain, the horrified Wombat spectators, the “Rattler”, I or anybody else could do. Al was going to have to handle the situation all by himself because the ball was barrelling down at a rate of knots to the precise spot where he was standing next to the touchline!

I think I might have closed my eyes for a moment such was my fear for the possible humiliation and physical agony that my mate was about to experience.

I shouldn’t have worried. The ball thumped into the stocky little bloke’s chest where his muscular arms ensnared it and with a ferocious grunt, he set off upfield with his teammates in tow.

He easily side-stepped around his opposing winger and a lumbering prop and then bumped off ineffective tackles from a couple of negligent flankers who thought he would be easy to bump into touch.

With an open field in front of him, Al hit top speed as he charged over the halfway line… then the quarter line… and with the try line a mere five metres away he was deprived of his first ever rugby try by a desperate dive from a fleet-footed cover-defending number eight who smashed my mate into the turf after a 60-metre gallop.

A few moments later, after a quick ruck and some sweet backline play, the Wombats scored. But the hero was Al! The game was less than two minutes old and the bloke who we tried to hide away on the wing had set up our first score of the match. A genius was discovered!

Al continued with his music career for many more years. His late discovery of rugby didn’t change his bohemian, late-night, way of life one iota but his love of rugby left a profound mark.

When muso mates or fans would approach him after a gig to enquire where he would be playing next, they would usually get the puzzling answer “oh… I’m still on the wing.”

The bloke that I loved, Al Head, died a few months back. Even at 70, he would have still been a great singer, a great picker, a great songwriter and, even at 70… undoubtedly a great winger! 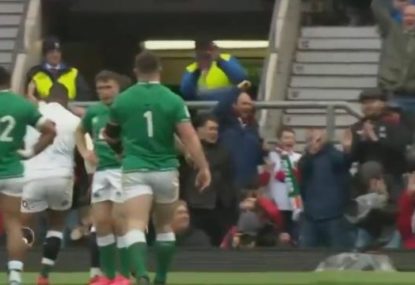 England have roared back into the Six Nations mix with another comprehensive demolition of Ireland as tries by George Ford, Elliot Daly and Luke Cowan-Dickie helped them to a 24-12 Twickenham victory in their best performance of the year.