We’ll dive into both questions over the next two weeks; this article will address the first question, and next week we’ll look at the 11-game ladder to discern what the final standings might look like. Which, after all, is what most of us spend our time on this site doing – predicting what’s going to happen.

So, let’s look at the data from the last 25 years of the AFL, when eight teams made finals:

It’s not hard to guess what the general pattern’s going to look like – the higher you place one year, the more likely it is that you’ll make finals next year, right?

Yeah, that’s what I would’ve thought, too. That’s what statisticians deal with all the time, when there’s a sparsity of data points – the actual probability is altered too much by random chance.
You’ve probably heard the old saw about how if you flip a coin ten times, you could get nine heads and a tail or vice versa, but if you flip it ten million times, there’s no likelihood of a nine million to one million split because the sheer numbers will make it balance much closer to the actual probability of 50/50 – in this case, five million heads to five million tails.

But when you group placements to try and reduce the curse of sparse data, there are results that seem pretty clear – if you’re anywhere from about fifth through even 14th places, statistically you’ve got about a 50-50 shot at finals the next season.

Why is that? Probably (and the anecdotal analysis of these years bears this out) it boils down to there generally being around four really solid teams each year, and they’re more likely to be good enough the next year to stay at least top eight.

But in most years – and this is what we were all predicting for 2019, remember – there’s the vast middle-of-the-pack pool of teams that are more or less interchangeable, and between seasons shifting from fifth to 12th or 13th to sixth is as easy as one free agent moving from team fifth to team thirteenth.

Down in that bottom few slots, though, it generally takes more than one off-season to sufficiently right the ship enough to reach finals. 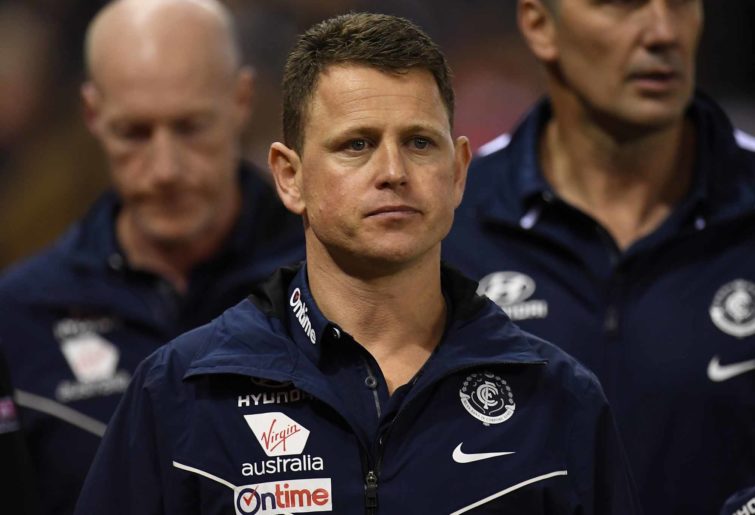 A quick note: even recent fans may notice a flaw in the data. In 2016, Essendon was without approximately half their roster due to WADA punishments, and because of that finished last. They qualified for finals the following year, but with a completely different team than in 2016. We’ve chosen not to count this in our numbers with the hope and assumption that those conditions never repeat. With that exception, no team from 17th or 18th place has ever moved straight into finals the following year.

But is it really that simple? Are there three big chunks, and that’s all there is to gather from the data? Let’s dig deeper – with one slight adjustment.

Instead of going by placements, let’s consider how far a team is from the ‘cut line’ – the line which currently sits between eighth and ninth places, where the lower-placed teams are cut from continuing with their season after August. So both eighth and ninth places are 0.5 places away from this line: eighth place is at +0.5, and 9th place at -0.5.

The reason for doing this is that when there were only five or six teams making finals, it’s a completely different thing to talk about the chances of a team in, for example, eighth place making it the next year. In 2018, they’re working from a position already inside the bubble, whereas back in the 1970s and 1980s, they were three spots out of a finals berth and had to pass other teams to get into September action.

So, in the brief era of six finalists (1991-1993), being in first place only puts a team +5.5 places above the cut line, while that eighth-placed team is now at -1.5, below the cut line between sixth and seventh. The two decades from 1972-1990 had only five teams making finals, and the era before that contains six decades of just the top four teams moving onto play in September.

Up to speed now? Great – here’s what all that data looks like:

The data only goes back to 1908 because before that, for the most part, all eight teams went into a finals round-robin plaything, so the comparison’s not very apt.

The first set of percentages combines all the numbers for placements the same distance above or below the cut line for the relevant years. It’s not perfect, but you’ll notice that the data’s smoothing out quite a bit with the addition of another eight and a half decades of teams to consider. (As there were only three years with exactly six finalists, those were folded into the previous five-team years for ease of reading.)

The most fascinating piece of information from the overall percentage column is that despite over one hundred years of placements to consider, there’s still an apparent advantage to being two slots below finals (currently tenth place) than in either of the spots above that.

In fact, no matter the era, no matter the format, -1.5 is always more likely to make finals the next season than the +0.5 team that was already in finals is to stay there. 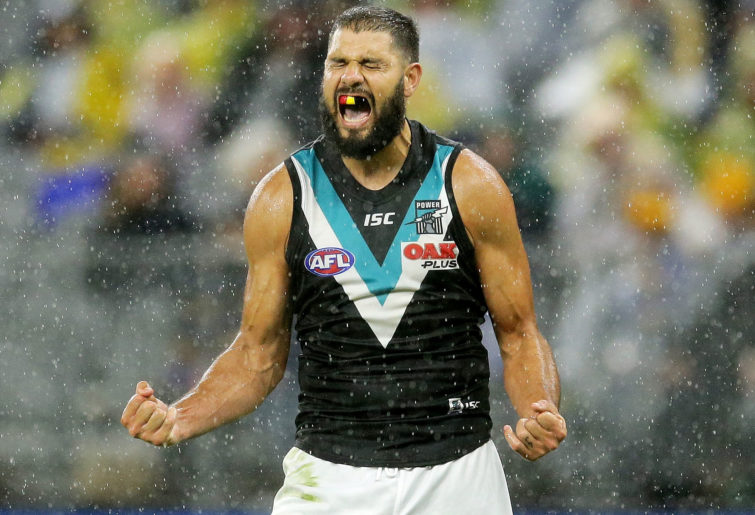 Why are those bubbles there? If we had another hundred years of data, would they go away or intensify?

To be honest, I don’t know. With the two years of the 13th place team making the grand final the following season (Richmond and Collingwood), we noticed the scheduling fell in groups of six and the 13th place team had a much easier go of it than the teams immediately above, but I can’t find any such indwelt advantage to either tenth or 14th places.

Maybe it’s just coincidence; maybe it’s that those are positions that tend to fall to teams on their way up.

But the trendline calculates where this data is heading given a ‘fair system’, meaning no internal advantages that we can’t see from the input we have. Under that ‘purer’ probability for last year’s teams, here’s what our 18 AFL teams should have objectively faced moving into the 2019 season:

How accurate is that? Well, both in March and right now, we’d look at the first three teams and agree they’ll repeat as finalists. Hawthorn are still a question mark, then and now, but at about a 2/3 chance the odds more than allow for that.

The same goes for Melbourne and Sydney – even though both are fighting through seasons that almost already preclude playing finals in 2019, the chances were just above a coin flip that they would in the first place, while the other side of the coin will put Geelong into September.

As for the remainder of the league, the interesting chance is whether or not 14 per cent Brisbane will make finals from 15th. Here’s another way of looking at that – in the 25 years of the eight-team finals bracket, there have been 18 seasons (72%) in which a team from 13th or lower has made finals the next year – and in 15 of those (60%), it was exactly one such team, which is what it’s once again looking like will happen.

So the laws of probability continue to hold true, but more broadly than most people often think they do.

Next week, we’ll examine what the halfway-through-the-season ladder has in common with the final ladder, and if that correlation is any stronger than the one we just looked at today. And then we’ll combine the two to see if we can’t suss out the most likely finals bracket.

In the absence of any live sport while the globe fights the COVID-19 pandemic, I will continue to revisit some of the most memorable matches between the two sides that would have met this weekend.