Bangladesh's performance a cause for celebration

In the words of Rachel Hunter, “It won’t happen overnight, but it will happen.”

Bangladesh’s progression to its stunning demolition of South Africa at the World Cup has been slow with the odd pace forward followed by two backwards.

In the early days the progress appeared glacial and the country’s journey towards holding its own against the big boys often drew derision.

It is worth remembering that New Zealand played its maiden Test against England in 1930 and had to wait 26 years – at its 45th attempt – to savour victory for the first time.

That stilted start is now largely forgotten and the Black Caps are heralded as a highly competitive side – in many people’s eyes a strong chance to reach the World Cup semi-finals.

Bangladesh has won five of its last 15 Tests.

Amongst those results a 1-1 drawn series in Sri Lanka, a 2-0 home win against West Indies and a 20-run victory over Australia in Dhaka in August 2017.

In a country that bears the traditional sub-continental fervour for the sport it was always a safe bet that, given time, Bangladesh would prove its mettle.

A population of 160 million was also a plus.

Whilst its long form cricket is still very much a work in progress its best showing has come with the white ball.

Since the beginning of last year, Bangladesh has won 18 of 28 ODIs with wins against Sri Lanka, Pakistan, West Indies, Afghanistan, Zimbabwe and now South Africa.

The Bangladeshis arrived at the World Cup on the back of three consecutive and convincing wins over West Indies by margins of five, five and eight wickets.

But it was the taking down of the Proteas at The Oval over the weekend that is the apex of the country’s time in the international arena.

In 2011, South Africa humiliated Bangladesh in Dhaka – bowling them out for 78 and winning by 206 runs.

Eight years on, it was Bangladesh that did the bullying.

The side posted the county’s highest ODI score, finishing on 6-330.

Had the team possessed a pure middle order power hitter in the ilk of a Glenn Maxwell or Jos Buttler the score could have been north of 350.

The fact that such a score was compiled away from the sub-continent is a huge plus for a team that is still a questionable commodity on the road.

The innings started with a solid 60-run opening stand through the first 50 balls and was further consolidated by an outstanding 142-run third wicket partnership between Shakib Al Hasan (75 off 84) and Mushfiqur Rahim (78 off 80).

It was a stand that epitomised the current day confidence of the Bangladesh side.

Yes, the Proteas may have lost paceman Lungi Ngidi to a hamstring strain but the four overs he sent down before limping from the field haemorrhaged 34 runs.

Kagiso Rabada toiled away but his ten overs went unrewarded and he finished with 0-57. 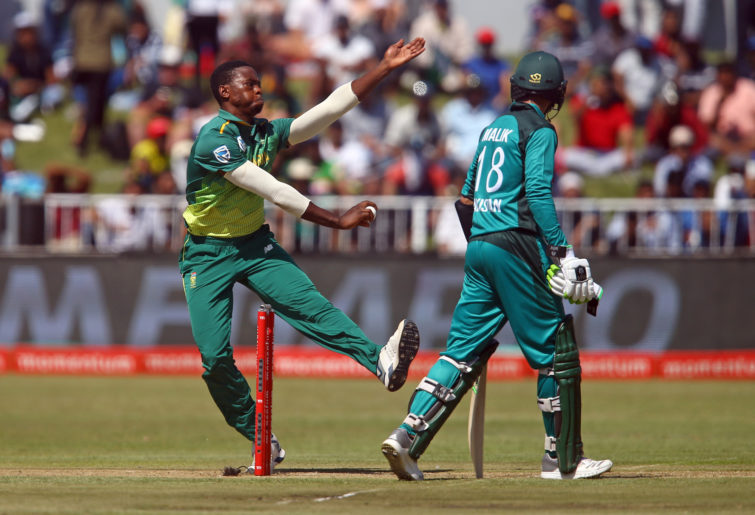 In reply, South Africa was held to 8-309 and with it consigned to a second consecutive loss to kick off its campaign.

Al Hasan’s wicket allied to his performance with the bat gifted him the Player of the Match award.

He has been the heart and soul of this modern-day Bangladesh outfit.

For several years he has been ranked number one in the ICC ODI all-rounder standings.

If he played for one of the power nations his reputation would be far higher.

Five of the top-seven that Bangladesh fielded against the Proteas have career averages over 35, providing a depth that has previously been missing.

Importantly, the country is developing some talented young players who will form the backbone of the side over the next decade.

Six members of the team that took the field against South Africa were 26 or younger.

Fast bowler, Mustafizur Rahman, at 23, has already taken 86 ODI wickets at 22 while 21-year-old all-rounder Mehidy Hasan is an exciting talent.

To date, the Bangladesh board has sourced its coaches from beyond its borders.

Englishman Steve Rhodes is currently head coach and follows in the footsteps of fellow countryman Richard Pybus and the Australian trio of Dav Whatmore, Stuart Law and Jamie Siddons.

As the country continues to mature as an international competitor there will no doubt be former players who will ascend to senior coaching roles.

Bangladesh’s remaining opponents at this World Cup will have sat and up and taken notice of the win over South Africa.

How the team reacts to that additional pressure will provide a further window into where they currently sit on the journey to consistent performance.

It could leapfrog Pakistan, which sits just two points ahead, with further showings along the lines of those seen at The Oval the other day.

More power to them.