Conceding 349 runs at home against a Pakistan outfit most would consider beatable midfield contenders is never ideal, especially in a World Cup you’re expected to win.

But don’t stress, England fans and bandwagoners alike. The World Cup is still firmly in the Poms’ back pocket.

In the past, when the World Cup had a larger pool of teams and a smaller margin for error, one loss like this could not only derail your tournament aspirations, it could knock you out of the whole damn thing.

Just ask India and Pakistan, who lost to Bangladesh and Ireland respectively in 2007 and were knocked out of the group stage before they even knew they were in the Carribean.

The same applied in 1983, when Australia lost their opening game to Zimbabwe. They simply didn’t have the time or wiggle room in a four-team group with the powerhouses of India and the West Indies to make up the ground needed for a finals spot.

The point is, a loss in 2019 doesn’t have nearly the same effect it would in any other World Cup. The closest comparison is the nine-team 1992 edition that saw every team play each other across eight round games instead of being broken up into pools.

This year the format affords defeat. It allows mistakes, and more importantly, the opportunity to rectify them. Teams have time to work with and an even field to play on.

With nine games in the group stage and every nation playing each other, teams can cop a loss knowing that their competitors face the exact same obstacle. It’s not a case of getting a tough or easy pool anymore, everyone gets the same opportunities and the same road bumps.

It’s not a make-or-break scenario like it once was because of the number of games played. You can take a few losses and still make the finals.

England may have lost early to a team they were very much expected to beat, but the benefits of a new World Cup format widely maligned will rear its head for the hosts over the next month.

This loss doesn’t make a dent in their favouritism, nor should it ruin their confidence. There is certainly room for improvement, but they didn’t play poorly by any means.

They scored 300-plus for the second game in a row, a feat that has become the bread and butter of possibly the greatest English, or otherwise, one-day batting line-up in history.

The Poms can swing the willow, we know that.

Their approach to batting and unhinged dominance is near paradoxical to the shambles of a side that was knocked out of the group stage in 2015. The last four years haven’t been a U-turn on the England of old, but a complete tailspin into another sporting dimension.

Since the last World Cup, there have been five scores of 400 or more in international ODI cricket. England accounts for four of those, including setting a new world record… then breaking it again for the fun of it.

Their run rate across all games in the same period is 6.29. They’ve gone at over a run a ball for four years. For context, the next best record is Australia at 5.72.

Their winning percentage since 2015 is 70.7 per cent. Only two other teams are registering above 60 per cent in the same timeframe.

But wait, there’s more! Not only do they dominate as a team; as individuals they seem to be in the collective form of their lives.

All six of the fastest one-day centuries in England history have come in the past four years. Jos Butler owns three of them – including the top two – with help from Jonny Bairstow (2) and one from Moeen Ali. 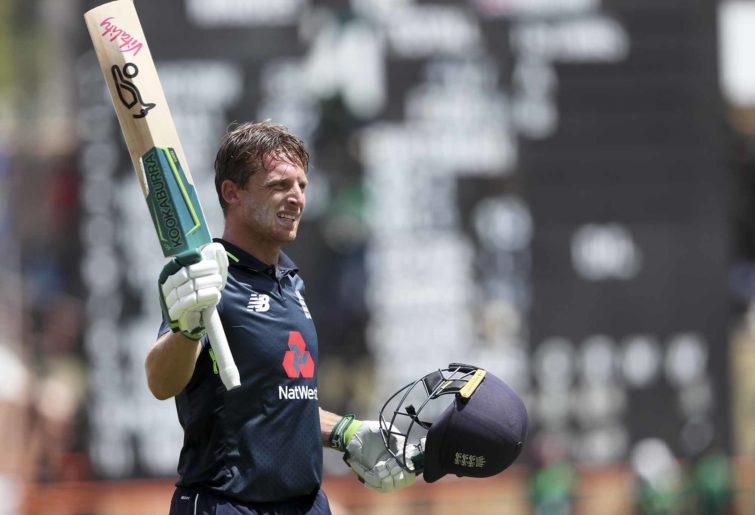 Pakistan certainly deserved the win last night. They should be praised for somehow rebounding from a hiding from the West Indies into a win against the tournament favourites. Anyone that gets bowled out for 105 and can put on one shy of 350 four days later should soak up all the recognition they can.

The reason England shouldn’t be dismayed is the fact they only lost by 14 runs.

It’s hard to imagine Pakistan putting on a better batting performance for the rest of the tournament, yet they still only scraped through by the skin of their teeth.

The zero-time champions (cheap shot, I know) had one weak spot coming into the tournament and Pakistan were the first to pick it out. Their bowling attack.

South Africa wasn’t able to make the most of it, and all was well in the land of tea and crumpets after their first game. After last night, teams will know it.

They’re certainly a strong enough unit. What they lack is a spearhead and big game experience.

None of Liam Plunkett, Adil Rashid, Jofra Archer, Chris Woakes, Moeen Ali, Mark Wood or Ben Stokes has 100 or more ODIs under their belt. Three of them haven’t played in a World Cup before.

While five of them do have at least 80 caps, there’s no veteran, no leader among the pack. No elder statesmen to lead his unit or to change the course of a game with an experienced spell of intelligent pace or spin. Who’s the one-day equivalent of Test spearhead James Anderson? 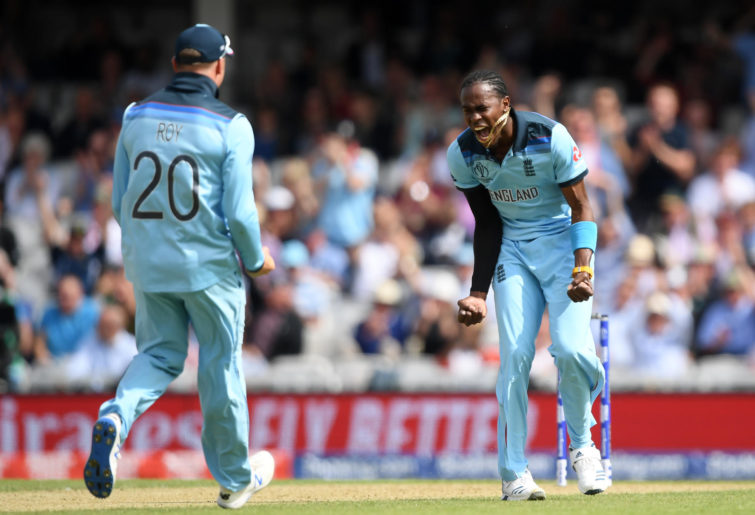 The defining factor of England’s campaign will be how the bowling group bounce back from conceding 349 runs in home conditions. They can’t dwell on the down day.

The bowlers only need an average to good performance and their batting line-up will do the rest. They had a poor game against Pakistan and they still nearly did enough to steal the win.

Although they did beat a struggling South African side, Bangladesh should be a nice rebound fixture for England. A medial contest that should restore some of their confidence.

With games against the unpredictable West Indies, Afghanistan and a very beatable Sri Lankan side to follow, the home side has the next two-and-a-half weeks to get their bowling in check and build rhythm before coming up against arguably their three toughest games before the semis.

New Zealand, Australia and India will present the biggest challenges before the finals, at which point you would think the full XI will be firing on all cylinders with bat and ball.

England may have run over their first road bump with a bit too much speed, but the damage is minimal and the front bumper can be fixed.

They have the means, they have the method, they have the talent. They just need the same execution they’ve had over the last four years and there is absolutely no reason why England won’t be lifting the World Cup trophy in a canter.