The fish rots at the head at Ikon Park

The saying that the ‘fish rots at the head’ is used quite frequently in football, and it couldn’t sum up the situation at Carlton any better.

Brendon Bolton had to go. Four wins from 43 games just isn’t good enough for any club, and even he understood that.

Carlton couldn’t sit idly by as they had another two-win season and unfortunately, the buck always stops with the senior coach. Bolton spoke incredibly well at his outgoing press conference, which is a testament to the character of the man. He’ll go onto bigger and better things in the football world.

To put into a metaphor, Carlton gave an apprentice a job he might not have been ready for and then struggled to give him the tools he needed to survive and do the job.

Nobody replaced Neil Craig when he departed, which was a huge mistake as there was nobody to steer a young coach in the right direction. In turn, the club basically wasted three and a half years. 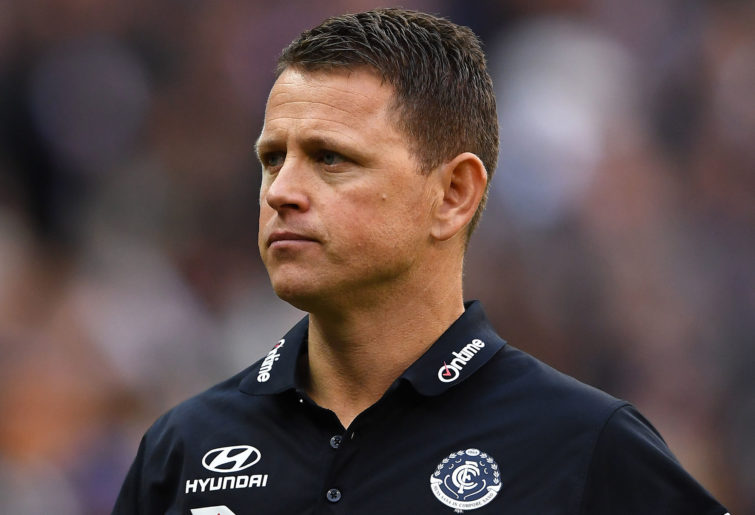 Regardless of what you think of the Carlton list, there are still major questions to be asked of the hierarchy. Mark LoGiudice did himself no favours in the press conference when he consistently stated that the club, and the board “stuck to the process” and is “not changing their direction”. They clearly have – unless sacking their coach four years into a rebuild was a part of their plan.

LoGiudice has a terrible track record as the president of the club. They’ve only won twenty-six games out of a possible 126 games. He’s gone back on his promise to the supporters twice now, the first coming in 2017 when he sacked CEO Steven Trigg, after only three weeks earlier stating that his position was safe.

Fast track to 2019 and he’s done the same thing to Brendon Bolton. He said that he wouldn’t be stepping down as the president in the press conference on Monday, but the signs are ominous for him.

Cain Liddle will likely survive the review that Carlton will have throughout the remainder of the season, considering he’s boosted membership numbers and helped the club financially.

That’s the main aim for any CEO, and it is one of the big factors that led to Brendon Bolton’s sacking.

The fact that the supporters weren’t showing up, and started to lose hope. He’s under pressure like everyone at the club is, but they’d be hard-pressed to find a reason to sack him, considering he’s only been there for two seasons.

Chris Judd and Stephen Silvagni simply have to be moved on before the offseason begins. Judd was on the committee that appointed Bolton as the senior coach, and his new role at Carlton is the football director.

He was offered the position without any experience at all, and you’d suggest it was based on the Judd name, rather than any credentials or potential, as to why he got the job. When you look at the football directors of the good clubs, you hear names like Neil Balme, Graham Wright, and Geoff Walsh.

Regardless of any of that though, I’m not sure how a football director’s job can remain tenable after winning nine out of a possible fifty-eight games.

Stephen Silvagni may go down as the worst list manager in the competition’s history. He’s time at Carlton has been eerily similar to Greg Miller’s time at Richmond. The difference being that Miller actually achieved something before Richmond gave him the keys to the castle. 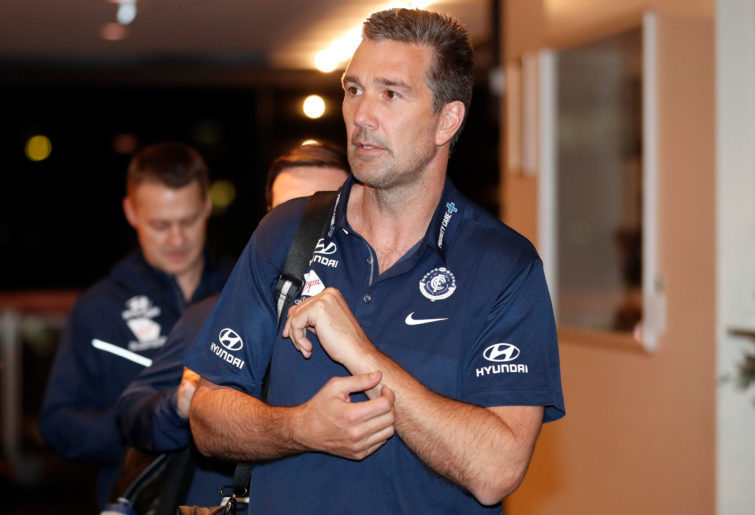 Silvagni was the list manager at Greater Western Sydney when they first came into the competition. He had two years of basically thirteen top twenty picks, and the Giants have still failed to win a premiership – now in year seven.

Silvagni has traded in nine Greater Western Sydney players throughout his time at Carlton, and not one of them has performed well.

Carlton’s drafting hasn’t been good either. Currently, Jacob Weitering is playing terrible footy, as is Sam Petrevski – Seton and Paddy Dow, who were consecutive first-round draft picks from 2015 – 2017.

Coach after coach are being shown the exit door at Ikon Park, but is it really the coach’s fault? I don’t think we ever really got to see whether Brendon Bolton could coach, as the support systems just weren’t there for him.

Until the attitudes and culture of the club changes, which includes practically every board member, the Carlton football club won’t be successful. Whoever the new coach is – whether he be experienced like Brad Scott, or inexperienced like Blake Caracella, has the toughest job in football waiting for them.

Each club's state of affairs before the AFL restart: Part 1

Here’s how Adelaide, Brisbane and Carlton are shaping up ahead of the AFL restart.

Each club's state of affairs before the AFL restart: Part 1