From Water Orton to The Oval: Bangladesh's giant strides

On Sunday, June the second, on a bright sunny day at the Oval, Bangladesh outplayed the mighty South African team in every department of the game to record a comfortable 21-run victory.

The Monday newspapers here in Dhaka are full of praises for Mashrafe Mortaza’s men. It’s headline news here. The news of Liverpool’s triumph has been relegated to some remote corners of the sports pages.

Overall, it’s good times for the cricket lovers here. In fact, with the monsoon weather just setting in after an especially hot and humid summer; and with the Eid just couple of days away, these are happy days for most people here in Bangladesh.

As someone who has followed the progress of Bangladesh cricket for more than four decades, I am obviously delighted with the Tigers’ latest success.

I am especially impressed by their thoroughly professional performance. But, interestingly my greatest pleasure about this victory comes from the venue of the match, the Kennington Oval; mostly known simply as ‘The Oval’ to the cricket lovers of the world.

I have always regarded the Oval as my favourite cricket venue; not only just in England but worldwide.

I grew up in the 1970s listening and reading about India’s historic victory in 1971; Zaheer Abbas’ 240 during the 1974 tour, or Michael Holding’s hostile bowling during the hot summer of 1976.

Of course, I also read about Sir Don Bradman’s famous last match duck and Sir Len Hutton’s 364 before the war.

Then, in 1979 there was this brilliant but at the end unsuccessful run chase by India led by Sunil Gavaskar; in 1984 the Windies completed their famous ‘Whitewash’ there.

In 1998 I saw the magic of Murali’s spin completely mesmerising the English batsmen. All these things are part of my Oval memories.

A lot of the times Oval hosts the final Test of an English summer. So, there is always an emotional touch associated with the Oval Tests. 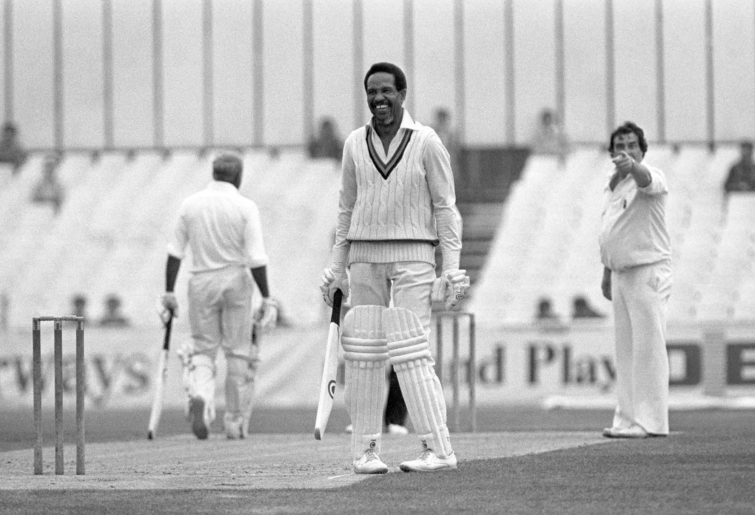 Over the years it has been the venue of the climax in many Ashes series. And finally, the Tests mostly being played in August, the weather in general tends to be nice and perfect for cricket.

In my mind I always associate Oval with bright sunny weather- and for some unknown reason I always think of Old Trafford for grey sky and dim light.

So, this is the story of my love affair with the Oval in London – but what about the ‘Water Orton’ ground in the English Midlands?

Well, the official history of international cricket for Bangladesh started in this small ground four decades ago.

During the early summer of 1979, England hosted the 1st ICC Trophy; the idea was to select two Associate member teams who would join the six Test-playing nations in the second WC also to be played in England later in the summer.

Moreover, this was the first genuine attempt by ICC to develop cricketing rivalry among the different associate member nations.

The small club grounds in the Midlands were used for the group matches; with the final between SL and Canada taking place in Worcestershire’s ground at the New Road.

Bangladesh’s first match took place on 24th May, at the Water Orton Cricket Club’s ground in Birmingham. Our opponents were from Fiji.

Four of the players, skipper Hira, opener Raqibul, allrounder Ashraful and fast bowler Daulat had experience of playing first class cricket for East Pakistan prior to 1971.

Raqibul, in fact, was the 12th man for the Pakistan team for a Test match against New Zealand in 1969-70. All these players played a leading role in building the cricket infrastructure in the newly born nation during the 1970s.

As for Mustafiur Rahman-better known by his nickname Selim-he was an attractive middle order batsman. But he has no relations whatsoever with ‘The Fizz’.

Bangladesh went into this 60 over match as the clear favourites yet half way through their innings they were struggling at 54/8.

The under-prepared wicket was proving to be a graveyard for all the batsmen; only Khaled Rumy; technically our best batsman managed to reach the double figures scoring 28. But when he left all seemed lost for the Tigers.

The good thing was that all our tail enders could bat a bit; and the fast bowlers Dipu, Daulat and Masud all made useful contributions to take the score to 103.

In reply, Fiji immediately ran into trouble against some tight bowling. Masud took couple of wickets, but it was Badshah, the medium pacer who provided the Fiji batting with the greater challenge.

A natural swing bowler, he always excelled in English conditions- he played in three ICC Trophy events-all in England. Here, he bowled a miserly spell: 10-5-7-1.

Despite these early setbacks The Pacific Islanders gradually built their innings. Run Rate was never an issue – and when they reached 52/3, a big upset looked on the cards.

At this stage-Hira turned to our spinners- Omar Khaled and Ashraful-both of them my childhood heroes.

Khaled, the leggie bowled accurately; but it was the off spin of Ashraful that won the match for us. He took 7/23 as none of the Fijian batsmen knew how to handle him. At the end we won the match by 22 runs.

The team continued to impress in the tournament, but a narrow 10-run defeat against Denmark in the final group match denied them a SF berth and a possible match up against the eventual champions SL.

Ashraul’s 7/23 remained an ICC Trophy record until Ole Mortensen – the Derbyshire fast bowler took 7/19 for Denmark against Israel in 1994 at Nairobi.

Ashraful retired from international cricket in 1982. In 1983, he played a leading role in the formation of Asian Cricket Council (ACC).

ACC played a big part in the development of cricket in countries like Bangladesh, UAE and Hong-Kong. In fact, Ashraul’s fame as a cricket administrator often make people forget ‘Ashraful, the cricketer’.

As we are celebrating our victory against SA, with more success to come, one feels that the bunch of amateur cricketers who represented Bangladesh in the first ICC trophy deserve a toast. After all, it was they who brought the flag of Bangladesh into the international arena of cricket – a flag that now the Mash and Co. are carrying so proudly and so successfully.

Ireland’s Paul Stirling and captain Andy Balbirnie struck superb centuries as the tourists chased down a daunting target of 329 to stun world champions England with a seven-wicket win in the third and final ODI at the Rose Bowl on Tuesday. England, who had already sealed the series, batted first and recovered from early trouble […]