The highs and lows of this season's Sevens series

So the World Rugby Sevens Series has just wrapped up and Australia finished seventh and could have been lower if not for a finals appearance in London.

That’s the lowest Australia have finished since 2013, when the series had only nine hosts.

To many, the news won’t be a surprise. Australia are not like Fiji, South Africa or New Zealand, sitting pretty at first, third and fourth respectively – results those nations are used to seeing.

However, while this series hasn’t been a surprise to Australians, it has been to many others around the world – particularly the United States, France, Samoa and Ireland.

Let’s have a look the the second-placed team, USA.

This was a huge achievement. Cracking into the established top four table is something extremely difficult to accomplish. If Australia were to reach such a feat, it would be just as – if not more – shocking.

Consistency was key for the Eagles. It’s not all about winning, as the US proved this season. Only winning one leg of the tournament, the United States finished runners-up four times and ended in the top four an overall ten times, even more than the tournament winners, Fiji. 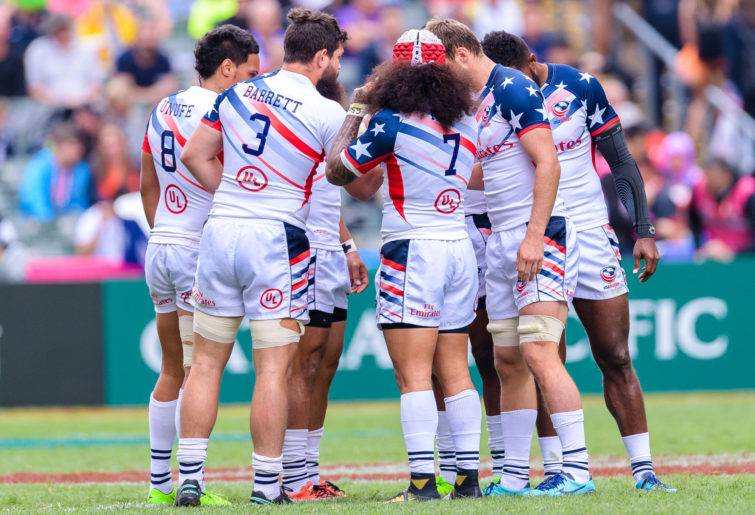 Samoa’s sixth-placed finish – while very good for the small island nation, bringing them back to a much more competitive level – is quite insignificant in their history.

Samoa are only one of four nations to have won the sevens series. They have since had a massive decline, but after this season, will they reach sevens glory again? Will Samoa exceed this season’s finish next year? Will they, like the United States, crack the top four?

Have a look at the second-best European sevens team for 2018/19, France.

In the first half of the season it seemed as if France were heading towards relegation with their performances, receiving more points than only Kenya, Wales and Japan, who are the last three teams.

However, two finals finishes in Vancouver and Hong Kong, followed by a fourth-placed showing in London with scattered results in between, and you have a 99-point, eighth-placed France team.

It is quite remarkable how a team can turn around their season in just five outings.

This was France’s best sevens series finish in over a decade. The result couldn’t have been done without the decline of similar competitive teams like Argentina and Kenya, however.

Finally, Ireland are a core team in the World Rugby Sevens Series.

After banging on the door for a couple of years, we will finally see the Irish sevens team completely implemented into the series.

From a competitive perspective, Ireland are by far and away the most deserved new addition, conquering teams such as the United States, Spain and Australia.

They have even beaten England twice – once in the London sevens bronze medal match in 2018, and again a year later in Pool C. They even made mince meat of Scotland, defeating them 43-12.

They deserve to be in the sevens series much more than the likes of Japan, Russia or even other challengers like Chile or Hong Kong.

With the addition of the Irish, next season’s sevens series will be very interesting. If Ireland are to keep up their performances, it’s likely we will see them for many years to come.