There are many special individuals in this game, but it’s hard to find one having as much of an impact as Neale Daniher.

The former Essendon captain and Melbourne coach fought for many years on field and in the coaches box, but is now battling motor neurone disease and fighting for his life.

Since his diagnosis in 2013 and the launch of the Fight MND foundation in 2014, he has helped raise over $30 million towards research in hope of finding a cure for the incurable.

In recent years, the fundraiser has reached new heights thanks to the Big Freeze slide at the G and its beanies available for sale.

Now, the annual Queens Birthday clash between Melbourne and Collingwood is about more than just footy, as the community unites to support one of its favourite sons and a very important cause.

With the Big Freeze now in its fifth year, Daniher handpicked 14 former Australian sports stars to slide down the most famous slope in the country.

The line up also includes Collingwood premiership midfielder Dane Swan, who I am sure they would’ve preferred to be lining up in the side rather than the slide into the ice bath on Monday.

He would be a more than handy replacement for the injured Dayne Beams, who is set to miss up to at least three months with a hip injury.

The Pies, will however be strengthened by the return of Mason Cox who will play his first game since ANZAC day. It has come at the expense of Ben Reid, however, who makes way for the American. Brayden Sier is the other inclusion for Collingwood.

The Pies are sitting pretty inside the top four with eight wins and three losses, however last week proved no match for an on-fire Fremantle outfit, lead by match-winner Michael Walters.

And while most will think another controversial score review was the reason for the Pies’ loss, the stats say otherwise.

Fremantle won the contested possessions, tackle and inside 50 count, appearing hungrier and more determined to win the ball and take the four points back to WA.

It was just a small bump in the road for the Pies, who won their previous seven straight games. 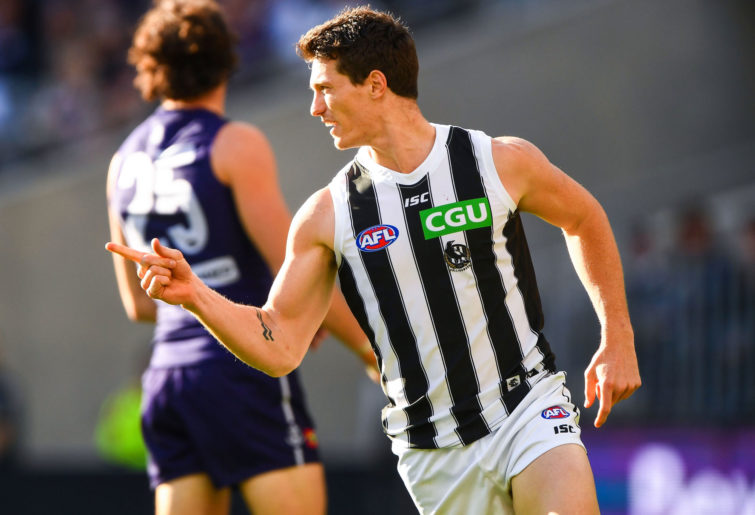 The same can’t be said about the Dees, who are struggling on the other end of the ladder and have failed to back up their sensational 2018.

While they have looked better in recent weeks, a last-gasp loss to Adelaide in Darwin last week was their eighth for the year.

One would suggest that 2019 is over for the Dees, but coach Simon Goodwin believes “anything’s possible still in this season” for his team.

And today, as a host of key players return to the Melbourne line up, we are going to find out just how good they are.

Coming into Round 12, the Dees had registered the most points against them of any team this season.

Therefore, the return of prized recruits Steven May and Jake Lever would be music to Melbourne’s ears.

Both defenders will return from injury this week, with May lining up for the first time since Round 2, while Lever will make his first appearance since mid-2018.

Melbourne will need all the strength down back that they can get as they come up against the competition’s most efficient team inside 50.

Collingwood are travelling at 54 per cent going inside 50, equal with Geelong as the best in the league.

It’s a stark difference to the Dees who are the most inefficient at 40 per cent.

What will determine the outcome of today’s game is which Melbourne outfit comes out to play.

The Pies have been pretty consistent across the board and week in, week out you know what you’re going to get.

But what Melbourne side will we see? One of dee-termination or dee-saster? 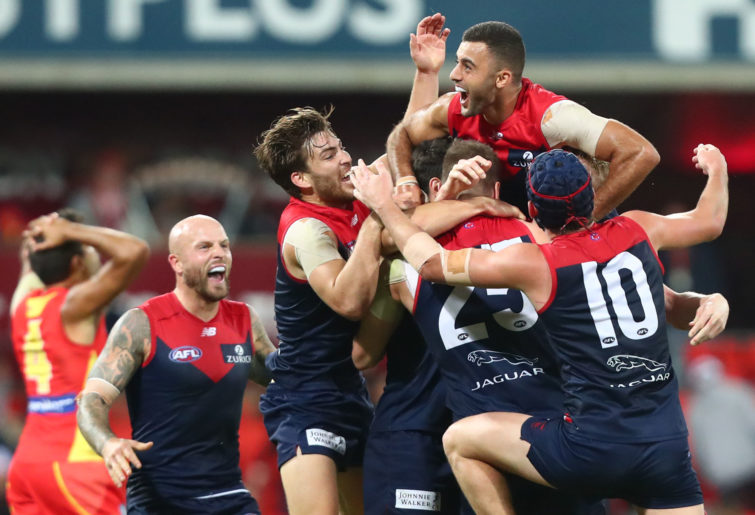 I suspect that will have an impact on the final result.

So, who wins? Perhaps the side, or individuals, who take ownership of the game.

When Neale Daniher addressed both sides during the week, he spoke of his grandson Cooper and teaching him how to take responsibility in life.

“Take responsibility – no matter what happens, it’s up to you to do something about it,” he told Melbourne players earlier in the week.

“By doing that, what will emerge inside of you is the better side of your character that will allow you to prevail.”

I think it’ll be tight and tough, but I think the Pies have what it takes.

That’s my Monday forecast, what’s yours?

What if Collingwood's succession plan had never been enforced?

While it’s sometimes redundant to look back and speculate on how things might’ve turned out if another course has already been taken, it can also be instructive to provide context for the present.

What if Collingwood's succession plan had never been enforced?

Collingwood coach Nathan Buckley is itching for another shot at Brisbane after the one that got away on Friday night. 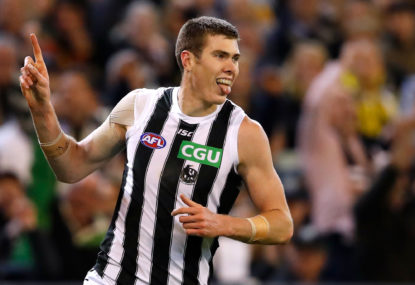 Buckley is full of perspective

AFL post-match press conferences can be rather predictable. 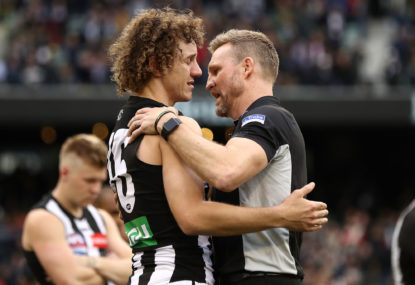 Buckley is full of perspective 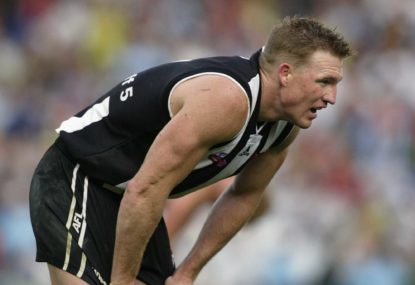