Is a forgotten Swan the key to their resurgence up the ladder?

James Rose has only played ten games since being picked up in the 2014 national draft but if his effort in the win against the eagles on Sunday afternoon suggests anything, then he will be a key part in the Swans resurgence up the AFL ladder.

Going into Sunday’s match there is no denying that the Eagles were favourites, since they were sitting in fourth on the ladder compared to Sydney’s 15th.

Even with the big outs of Shannon Hurn and Elliott Yeo prior to the game, the Eagles have a vast range of scoring options and midfield depth which on paper looked much better than the Swans. Furthermore, with the Swans having key players out such as co-captain Josh Kennedy and influential winger, Harry Cunningham, the Eagles looked set to get their first SCG win since 1999.

As I’ve learnt the hard way through my tipping competition that you can’t be sure of anything in this league and this match only continues to prove that point.

The Swans were dominant winning all four quarters and running out as 45-point winners. Having nearly 120 disposals more disposals than the Eagles, the Swans strangled possession away from the Eagles and played some of the most exciting footy at the SCG in over two years.

Early in the first quarter, James Rose gained possession just outside 50 and slotted through a fairly impressive kick to the vacant goal square.

A few people around me at the game were not too sure who he was as Rose is not a first team regular. Averaging 29 in the NEAFL this year, Rose does not always get the recognition that he deserves. 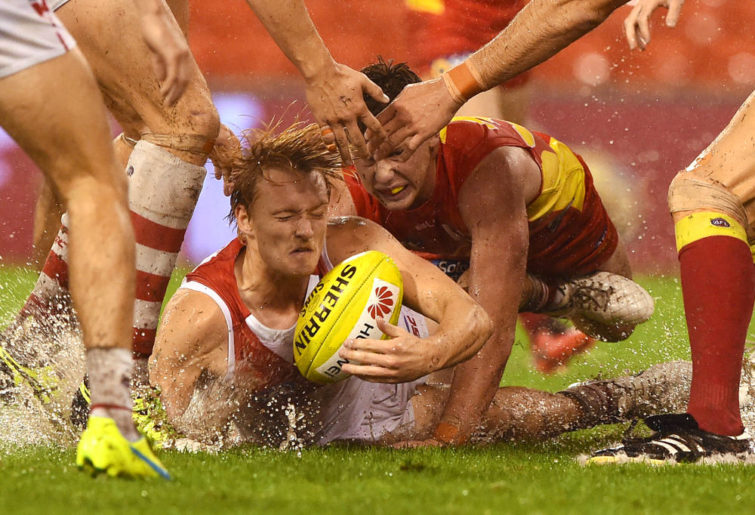 Although NEAFL form does not always translate into AFL level due to the quality of opposition, players like Tom Mitchell used to dominate in the reserve grade and now Mitchell has become one of the league’s best midfielders.

When Rose debuted in 2015, he was a pressure forward with the ability to impact the scoreboard. His three goals against the Giants that day proved to be the difference for the Swans on that day but was really the only highlight of his first four years at the club.

Coming back into the side now, Rose’s time in the NEAFL has turned him into a medium forward with the ability to have a run through the midfield. As the Swans are missing some depth in this area, his option is especially handy and has already proven to be beneficial.

Looking past his impressive goal, Rose was able to gather 15 touches and four score involvements which topped off a great day for the young Swans.

Since the departure of Dan Hannebery over the off-season, the Swans have missed a hard-bodied midfielder with the ability to perform forward but Rose seems to be an ideal replacement. I see many similarities between Hannebery and Rose and if he is able to become half the player Dan was, then the Swans have yet again found a diamond in the rough.

My positive impression of the Swans during this game did not only come from Rose but the team as a whole. Other than the three Swans who weren’t able to run out the game through injury, all other 19 players were able to make a significant impact.

It hard not to talk about Tom Papley, Dane Rampe, Jake Lloyd, Isaac Henney and Lance Franklin in the impressive win, but they are known impact players in this Swans side. It’s the bottom six players in this team that still provided notable performances and in a similar way to Rose, were the real difference to the two team’s performance.

Nick Blakey had an impressive fourth quarter when entering the forward 50, and key defender Lewis Melican kept the eagles forward Jack Darling to just one goal after kicking six the week before.

After coming close to top teams in Geelong and Collingwood in previous weeks, the Swans have managed to make things click and an entire team effort made this win even more impressive.

I predicted before the match that Ryan Clarke would be able to restrict in-form midfielder Andrew Gaff to well under his disposal average, but his role was completely different on the day.

Despite Gaff gathering 28 disposals on the day, he had no reliable impact for his team and came down to a smart, forward half tag by Clarke on the day. 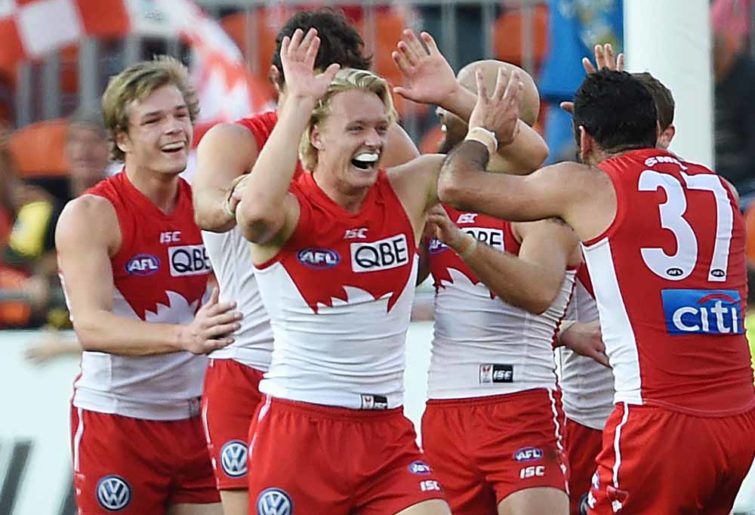 By only having Clarke’s run with role in the forward half, Gaff became limited with his option going forward, as well as allowed Clarke to have his own impact in the Swans midfield.

Clarke is a very interesting player to the Swans future and his role must not be underestimated in this team.

With the team picking up three injuries in this game, the Swans will enjoy heading into the bye and look to be at full strength with their next match against Hawthorn.

Even if they are extremely unlikely to make the eight this year, similar performances like that may limit others team’s ability to play finals.

For a young team it now becomes more about development and a much improved second half of the year may just give them confidence heading into the 2020 season with enough games under their belts. 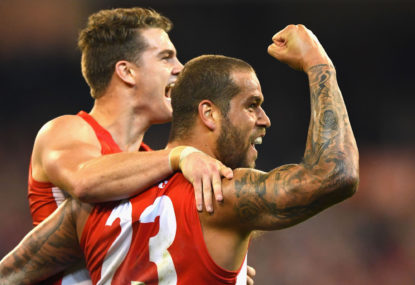