The international game isn't waiting around for the NRL anymore

Of course the NRL should pause for State of Origin.

The interstate games could still be held on other than consecutive weekends but each of these three representative periods could be filled with international fixtures while the Origin concept is spread to the developing states, underwritten by the rivers of gold that come into the NSW vs Queensland series.

But that’s Australia’s business and guess what? The rest of the rugby league-playing world isn’t waiting around anymore.

A couple of days after Origin 1 (which was gripping and even exhilarating at times – bravo), the Rugby League International Federation met in Singapore and came up with a way forward.

The only country that did not even bother to vote on whether the RLIF should have three new independent directors was Australia.

There will be three new independent directors.

And if the NRL was to remodel its season to have three weekends devoid of club football, say, next season, it might already be too late for that to fit into what the RLIF is planning to do.

Apparently, any day now, we’ll get a schedule for regional tournament in Europe, the Americas, Oceania and Middle East Africa every two years for the next decade. Of these, only the Oceania tournament really relies on the release of NRL players.

And the NRL has a vested interest in the Pacific anyway, given the way it engaged with the Australian government over this region.

The first Oceania Cup kicks off in a couple of weeks when New Zealand hosts Tonga at Mt Smart Stadium and Papua New Guinea take on Samoa at Leichhardt Oval.

Next year Australia will duck out of the competition to go on the Kangaroo tour and a team from Pool B will be promoted to Pool A in their place.

The odd NRL player will be invited by African, Middle East and European countries to compete in those competitions – held in ‘even’ years over the next decade – but if they aren’t released, it will be no big deal.

In the Americas, they seem happy with local and lower-tier athletes.

This is exactly what the game needs.

We saw last year that even if you schedule a sanctioned international on a weekend when there are no club games, the NRL will try to sabotage it.

There is a certain satisfaction to fighting but much more practicality in going forward in a manner where you are not relying on them or their Australian players association.

There were some other interesting points out of the meeting at the weekend too.

Qualification for the 2025 World Cup (to be held – where?) will actually start before 2021 is played! 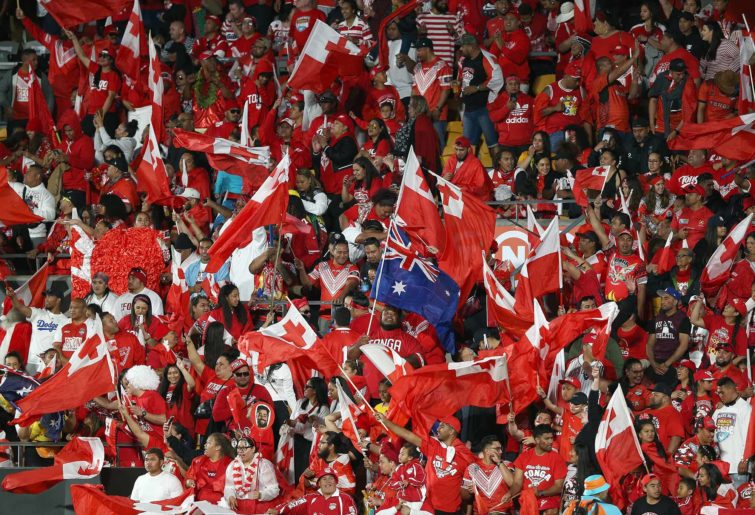 On the surface it seems the rules are being tightened to be granted even affiliate membership of the RLIF. That status will have to be achieved by March 2021 if a country is to compete in the qualifiers.

But in another way, the RLIF needs members more than ever as it is trying to satisfy the conditions of membership of the Global Association of International Sports Federations (GAISF) so the fine print here will be intriguing.

The federation will be updating its digital presence, which doesn’t just mean a new website but also better resources for countries when it comes to getting clearances for players, sanctioning of matches and photos and content.

The RLIF said in its statement from Singapore that there would be new committees formed – medical, match officials, laws of the game and football. Beneath these committees will be entirely new infrastructures involving “outside expertise”.

The ARLC’s reason for not voting on the RLIF getting more autonomy was that it hadn’t taken a vote itself on the issue. It’s been argued the Aussies had ample time to do so.

But the RLIF got on with business regardless – that is, the business of getting on with things regardless.