Who should the Socceroos take to Qatar?

The Socceroos squad selected to play South Korea was thoroughly average. Graham Arnold needs to do better than that for 2022.

This result fits into the pattern already seen in both the Russian World Cup and the Asian Cup in the UAE.

In Russia the Socceroos failed to score a single goal in open play from their three group-stage matches, while in the UAE they failed to score in three of their five games. That’s simply not good enough, nor is the result against South Korea. 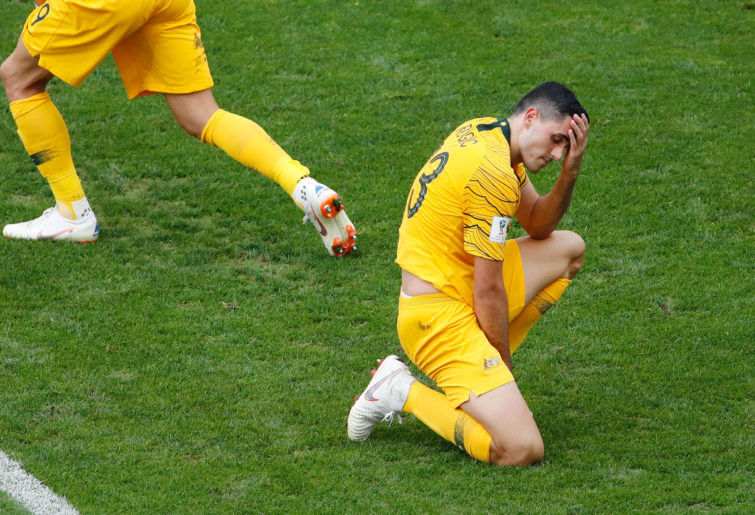 In addition to the poor goalscoring record there is also the same issue of recycling the same old players who have already been tried and who have repeatedly failed. Most of them are over 25 and some of have previously played under Graham Arnold, yet he still went back to them anyway.

If he wants to keep his job, Arnold will need to select a much stronger team. It’s hard to say from this far out who should make the squad for Qatar, but I’ll have a go based upon the best available information I can find.

Starting at the pointy end with the strikers, there are several players to choose from.

Martin Boyle has already proven himself with the Socceroos and would be most people’s favourite for the role, while Mathew Leckie is also in the mix and is often brought up in these discussions. If you’re looking to the future, you have John Iredale, Moudi Najjar and Nikodah Smith, all of whom are strong contenders.

In the attacking three there are a swathe of players from whom to choose.

Behind them in the double pivot there are several options in contention.

Among these are Aaron Mooy, Mustafa Amini, Sebastian Pasquali, Masimo Luongo and Riley McGree, and Cian Cuba might pop up as a complete outsider. Cuba seems to have a lot of talent and would have to be among the top ten dribblers in Australia going by his highlights video, but he hasn’t yet made it into an A-League side for whatever reason. If he does secure a contract before the World Cup, he might just make the extended squad.

When it comes to the defensive line, they’re going to leak goals no matter who you choose, so I’ll try something different and say Aziz Behich, Mile Jedinak, Mustafa Amini and Josh Risdon. But I still have to narrow down the other lines first to get to a starting line-up.

At the tip of the spear it’s a toss-up between Boyle and Leckie. Of the two, Leckie is the better dribbler but Boyle is better at cleaning up the scraps and finishing, which is where the Socceroos often fall down. Iredale, Najjar and Smith are all well in contention but are largely unknown quantities and aren’t as creative. Out of all of them I’d go with Boyle as striker.

In the attacking three there are more options to choose from. The best four dribblers among them are Arzani, Piscopo, Francois and Najjarine. The two I would definitely pick are Arzani and Francois, who are the two best dribblers in Australia, which leaves a choice between Piscopo and Najjarine. I don’t know enough about Najjarine as a newcomer, so I’ll pick Piscopo, who played for Inter Milan’s youth side and who Graham Arnold praised as being “Arzani-like”.

Moving on to the double pivot and there’s a bit more to think about. The three known quantities are Mooy, Luongo and Amini, while Pasquali and McGree are newbies and Cuba could be a dark horse. Any of these players would make a good combination, but the best choice would be Mooy for his experience in the EPL and Pasquali for his vision, passing and technical skills.

Putting it all together the best line-up would be as follows:

The weakest part of the chain is in defence, but in the front six things are much stronger, particularly in the attacking three, where we have some world-class dribblers.

This would make a very strong line-up for Qatar and I’d give them a good chance of making it out of the group stage – so long as Graham Arnold chooses them or players quite similar, that is.