Has European football left the Matildas in its wake?

It would be easy to blame the Matildas’ disappointing result against Italy in their FIFA Women’s World Cup opener on a high defensive line.

It would be even easier to blame the 2-1 loss on the off-field drama surrounding the sacking of the team’s most successful coach, Alen Stajcic, and the shambolic lack of explanation or accountability which followed.

However, neither of those excuses explain Australia’s shocking start to a tournament many tipped them to be an outside chance of winning.

The truth is that there is a growing level of sophistication in women’s football and Australia is falling behind the tactical trends set by Europe’s elite.

There is a fair argument to suggest that Stajcic earned the right to see out his tenure, into the World Cup.

Truth be told, he was probably better placed to lead the group into the tournament, simply because of his in-depth knowledge of the players and his years of experience in the women’s game. 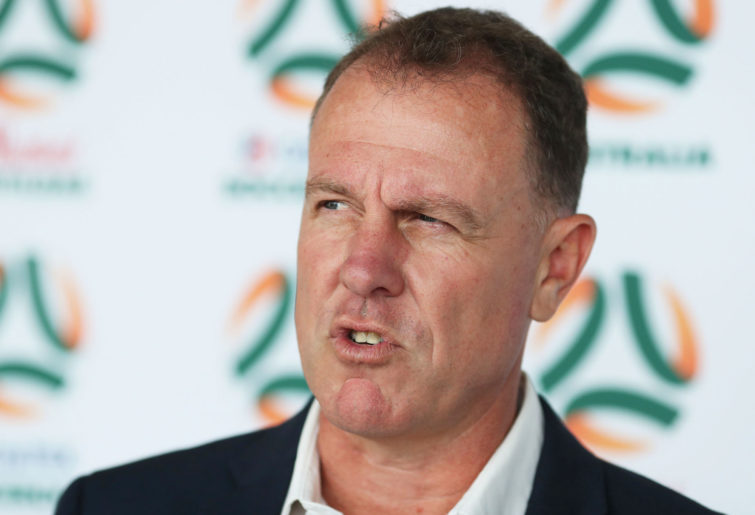 To throw in someone who is untested as a senior head coach – men’s or women’s – into the deep end of a World Cup was naïve at best, careless at worst.

It’s early days, but after three games in charge, a record of three losses and ten goals conceded isn’t exactly the stuff of champions.

However, regardless of the coach, the growth in the women’s game in Europe has perhaps gone underestimated in Australia.

The growing investment from European clubs, the influx of female coaches and greater competition – both in domestic leagues and continental competition – has brought a new layer of tactical complexity.

Perhaps Australia, Brazil and – more obviously – the United States still boast greater individual quality, but the superior coaching and tactical direction of European teams are helping the collective to achieve results beyond their means.

The considerable improvements from the likes of France, Spain and Italy – the latter which failed to even qualify for the World Cup in 2015 – is a reflection of the vast improvements coming from European clubland.

In Spain, Barcelona and Atletico Madrid have invested more time and energy in their women’s football program.

In France, Lyon has gone from strength to strength in this World Cup cycle, winning the last four Champions League titles. This year, they have 14 players competing at the World Cup, bettered only by Barcelona’s 15.

England’s Chelsea and Manchester City have 12 players each at the tournament.

This is a far cry from the stagnation of the W-League.

So far in this tournament, every European team bar Scotland have won their opening games – and they lost to England 2-1 in a game in which even the unfancied Scots proved more than a tactical match for their superior opponents.

Against Italy, Australia showed a shocking naivety in believing that their individual quality and greater physical strength and pace would win the game on its own. 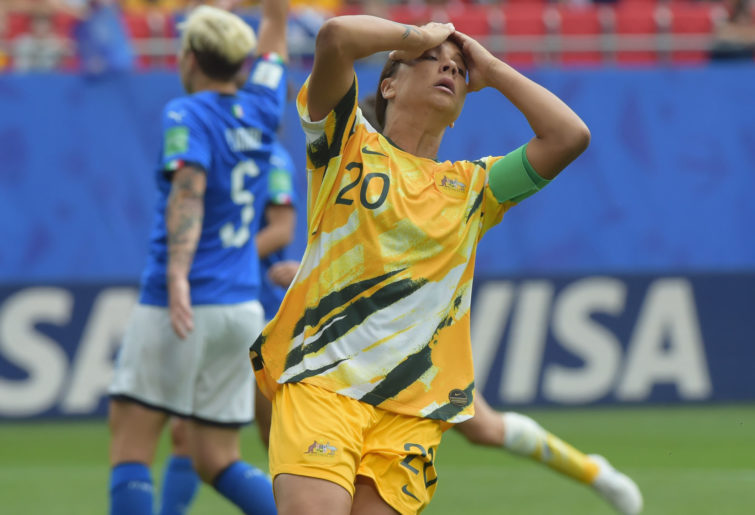 The game plan was all about isolating Italy’s full-backs and bombarding them with the overlapping runs of Australia’s tireless full-backs, particularly Ellie Carpenter.

Despite the statistical dominance of the Matildas, Italy always looked relatively comfortable and controlled the spaces in front of their goal expertly, and countered with incredible precision through the smart play of Cristian Girelli and striker Barbara Bonansea.

The Italian collective had all the answers for Australia’s collection of individuals.

Women’s football has moved beyond the era of sparkling individual brilliance leading whole teams to glory and moved into a new era where entire teams control pace, tempo and space.

It’s still early days, but on the evidence of the performance against Italy, the Matildas are well behind the trend.