The dazzling, dreadful Demons have no plan

It became clear a few minutes into their Queen’s Birthday clash against Collingwood that the Demons had no idea what they were doing.

For small patches they look competent. Not just competent, but good even.

Their strength in the contest is imposing and their ability to win the ball at stoppages is sometimes unmatched. They may as well not win the ball, though, because when they have it in hand everything melts.

So it went against the Pies. The Demons dominated contested ball, clearances, won the territory battle, and not for a second had a prayer of winning the match.

Cluelessness pervaded the team like a disease, a comical mix of poorly advised decisions and unfortunate skill errors punished relentlessly by an emphatically cleaner Collingwood side.

The Demons, though, had the illusion of a chance late in game, because there are so many things that they do well. They’re so quick-twitch around the ball, with aggressive bodies and minds and the ability to smash into opponents at pace, extract the ball and get it into the open.

Clayton Oliver is a master of extraction, and Angus Brayshaw and Jack Viney are both masters of being in the right place at the right time around the contest. James Harmes is a cannonball, and when aimed, is powerful. Max Gawn, naturally, is magnificent, consistently giving first use to the teammates at his feet. 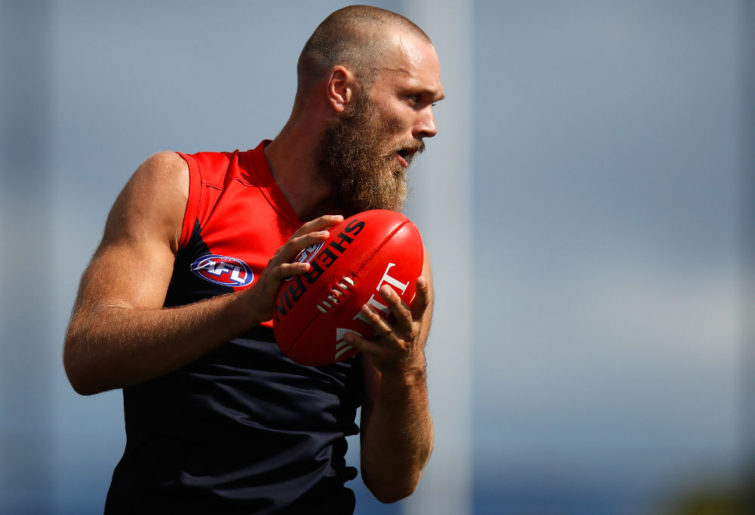 The issue is always what comes next. They win the ball, but to no end. They play fast – too fast, always – and the handball chains, which for Collingwood were deft and purposeful, for the Dees felt hurried and both under-thought and over-thought at the same time.

They slam the ball on the boot far too much, as though the goal of football is solely to propel the ball forward. They kick blindly, usually to opponents, but otherwise to meaningless space.

The forward line is a mess. Sam Weideman, in an unusual turn, looked dangerous on the weekend, an explosive force in the air. But Tom McDonald’s fall from star to fringe player, be it through health or simply form, has crushed the Demons this season, and Jeff Garlett is beyond finished.

Christian Petracca is forever underwhelming, a frustrating mix of powerful, dynamic and anonymous. The juxtaposition of him at one end and Jordan De Goey at the other on Monday was illustrative.

The backline, at least, looked to have much more shape with the returns of Steven May and Jake Lever. Their absences, along with the malfunctioning forward line, have defined Melbourne’s season. The presence of May and Lever in the air will cure many of Melbourne’s ills – the next step is to send Sam Frost to the VFL.

Severe questions remain about the coach. The Demons weren’t at an immense talent deficit on Monday but they were made to look like they were.

Collingwood schooled Melbourne with its structure, absorbing meek attacking forays and then sling-shotting into acres of space. Knowing where you are going is often the most important thing in football.

2019 is done for Melbourne, who have sandwiched one magical season with two calamities.

They have the list to make 2020 special, but they will need direction, which was comically absent on Monday, and has been for all of this lost year.