Australia cannot afford to field the incredibly long tail that would come with playing five specialist bowlers, a strategy which many fans and even some pundits are calling for.

I can understand the logic behind playing an extra bowler, a tactic which fellow Roar expert David Schout eloquently argued for yesterday.

But Australia simply do not have the right set of bowlers to make such a strategy work across the rest of the tournament. Here are five reasons I think it would be a mistake for Australia to play five bowlers for the rest of this World Cup.

All of which very strongly suggests Coulter-Nile’s match-winning 92 against the West Indies was an anomaly, a once-in-a-lifetime performance he won’t go near replicating any time soon.

If the rank spin of Aaron Finch snared say 5-40 yesterday against Pakistan – he did grab a key wicket and had an easy stumping missed in his two overs – would people be suggesting Finch bowl ten overs a match for the remainder of this World Cup?

Because that is akin to the push for tail-ender Coulter-Nile to bat at seven. When Australia won the 2015 World Cup their numbers seven and eight (Brad Haddin and James Faulkner) had career ODI batting averages of 31 and 42.

Under the five-bowler strategy Australia’s numbers seven and eight would have batting averages of 16 and 10. Consider that, in the current England ODI line-up, Coulter-Nile would bat at 11. Adil Rashid has batted at 11 for England numerous times recently, including in this tournament, and he has ten first-class centuries.

Nathan Coulter-Nile has a bowling average of 111 in this World Cup
If Australia had five bowlers in blazing form who combined would create a rampant attack then it would make much more sense to go with such a strategy. The reality is they have two bowlers playing very well – Pat Cummins and Mitchell Starc – while the rest have floundered.

The argument of playing Coulter-Nile at seven hinges on him being such a valuable bowler that it makes up for having an extremely long tail. This idea flummoxes me. Coulter-Nile has figures of 2-222 so far in this World Cup at an economy rate of six runs per over, well above the rates of Cummins (4.40) and Starc (5.38).

The seamer was also pounded for 61 runs from six overs in Australia’s final warm-up match against tournament favourites England. Why, then, do people want to greatly weaken Australia’s batting in order to keep Coulter-Nile’s bowling?

Playing five specialist bowlers is too big a change to make midway through a World Cup
In arguing for Australia to play five bowlers in this World Cup, my colleague David Schout wrote that, should he replace the injured Stoinis, it was too risky to bring all-rounder Mitch Marsh into the starting XI. Schout stated that Marsh’s lack of recent one-day cricket meant it was an unacceptably large gamble to introduce him in the middle of a World Cup.

While I don’t agree with that point about Marsh, who I think has the ability to adapt quickly to this challenge, I do echo the concerns about the dangers of making major alterations in the middle of a World Cup.

But surely playing five specialist bowlers – something I can’t remember Australia doing regularly in all of my years of watching ODI cricket – represents a bigger gamble than introducing a tried-and-tested all-rounder who lacks match practice. Australia at times in the past have played a bowling all-rounder at seven but Coulter-Nile is not an all-rounder.

Introducing in the middle of a World Cup a strategy as audacious as playing five specialist bowlers is something that should only be triggered by a crisis situation. It is a last resort. But Australia are not in crisis.

They need only win three of their next five matches to make the semi-finals. There is no need for Australia to start experimenting with daring strategies at this point. Later in the tournament, should more traditional plans fall apart, then, by all means, take a punt. But not now.

If Australia wanted to try to win this World Cup with five specialist bowlers they needed to trial this bold tactic in the lead-up games. Unless all else has failed, making a massive change to your long-term approach in the middle of a tournament is folly. 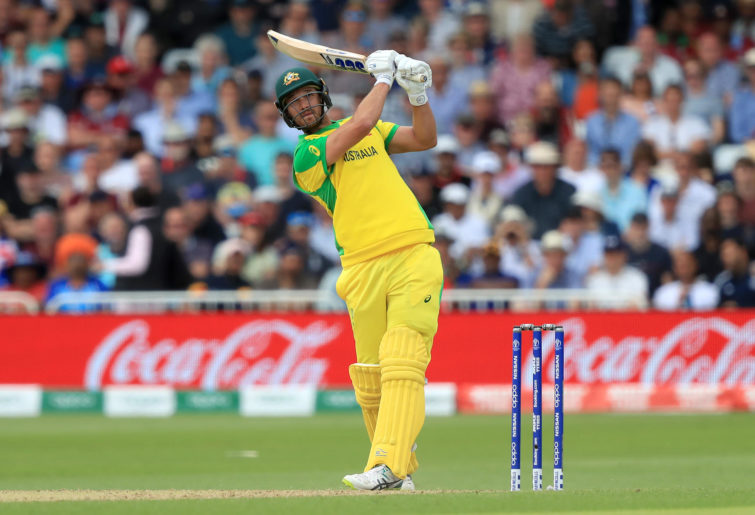 Kane Richardson, Jason Behrendorff, Adam Zampa and Nathan Lyon are batting bunnies
Having taken two wickets at 111 in this tournament and been smashed in Australia’s last warm-up game, Coulter-Nile cannot justifiably retain his spot. What, then, does that mean for the five-bowler strategy? All of the fringe bowlers in the squad are worse batsmen than Coulter-Nile.

Jason Behrendorff, Kane Richardson, Adam Zampa and Nathan Lyon all are number 11 batsmen at this level, perhaps number ten at best in the case of Lyon, and that’s being generous.

Three of those very limited batsmen would follow the number seven and eight pair of Cummins and Starc, who average just 10 and 12 with the bat in ODIs, respectively. That would amount to easily the weakest seven-to-11 batting combination I have seen Australia field in ODIs.

It would place too great a pressure on the top six
Cast your mind ahead to a scenario where Australia are in a must-win match against a high-scoring line-up like England, India or the West Indies. The pitch is flat, the ground is tiny and even a target of 350 won’t be easily defended.

Australia’s top six need to play with minimal fear to try to set or chase such a sizeable total. One of the keys to England’s ability to consistently churn out massive scores is the confidence and freedom to attack instilled by their incredible batting depth, with competent strikers down to number 11.

Now consider how difficult it would be for the Australian batsmen to be aggressive, to risk their wickets, in the knowledge they have a tailender batting at seven, and worse to come after that.

Aware that they can’t rely on getting runs out of their final five batsmen, how could the top six confidently take the game on until before they are deep into the team innings? This is why balance is so important to an ODI team.

It’s why sides prefer to select players between five and nine in their order who are multi-skilled. If Australia play with five bowlers it will leave them with a lopsided line-up that places enormous pressure on their top six.