Henry Olonga off pitch but survives on The Voice

If sports fans were after someone to barrack for in this year’s series of The Voice, they should look no further than ex-Test cricketer Henry Olonga.

In the blind audition, the 42-year-old Zimbabwean veteran of 30 Tests and 50 ODIs turned three of the four judges’ chairs for his performance of ‘This is the Moment’.

Henry was picked up by Kelly Rowland, much to the chagrin of the show’s resident cricket tragic, Guy Sebastian, who didn’t turn.

When questioned on his career, Henry admitted that playing for Zimbabwe didn’t necessarily mean that he was a good cricketer – although he once bagged the prize wicket of Sachin Tendulkar in a World Cup match, so he’s no slouch.

We found out that his cricket career was cut short by his opposition to President Robert Mugabe’s rule. Eventually he was exiled from Zimbabwe and after spending time in England, eventually settled in Australia.

Cricketers are no strangers to singing of course. The band Six and Out featured New South Wales players Brett and Shane Lee, while ex-Australian paceman Mike Whitney fronts his own rock band, regularly performing on Sydney’s club circuit.

Henry Olonga’s genre is more the light opera-crooner variety. Since Zimbabwe spend so many hours in the field, Henry would have had ample time to practice his scales on the extra cover boundary.

For the knockout round on Monday night, Team Kelly had to perform songs from the movie The Lion King. In ‘Can you feel the love tonight?’ Henry was given the pick of the bunch.

Coming from Zimbabwe, Henry is used to being the underdog and in the knockout he was up against it. First up was one time Young Talent Time team member, Joey Dee, whose performance of “Circle of Life” went down well.

Next up was Elvis’s grandson with the dud tune. Unfortunately, this flopped, with Guy Sebastian muttering, just loud enough for us all to hear, perhaps the most cutting of all comments that could be made on The Voice, calling the performance “corny”.

Next up was Henry who walked onstage with all the confidence of a tail-ender about to face Waqar Younis on a seaming wicket. The music started, he belted out the first line and then it dried up. It was the bowling equivalent of not releasing the ball during the delivery stride.

I would have thought he would be directed back to the pavilion but a few rules were bent and our Henry was given another go. The music started over, Henry got to the second line and again he baulked. This time he tossed up the microphone in apparent surrender. He had all but walked.

On The Voice it appears that rules are more like guidelines and Captain Kelly jumped up on stage to counsel the fast bowling songman.

Given a third chance, and with a good dose of Kelly’s wisdom, Henry’s voice was on the mark and he gave a perfect rendition of The Lion King classic.

The final arbiter was Captain Kelly and although the other two contestants had nailed their renditions on the first go, it was our Henry who was awarded the battle.

A contrite Henry did apologise to his two competitors for his wayward performance and we have since found out that some sad family news played a part in his wayward delivery so all is forgiven.

So Henry lives to fight another day. The pressure will only intensify and I’m not sure Captain Kelly is going to cut it from here. What Henry needs is to drop the nice guy image and bring in the heavy artillery – sledging. It’s time to welcome celebrity coach Shane Warne to the team.

Whatever happens from here, Henry will be fighting the good fight for sports fans the world over.

Bring on the next round. 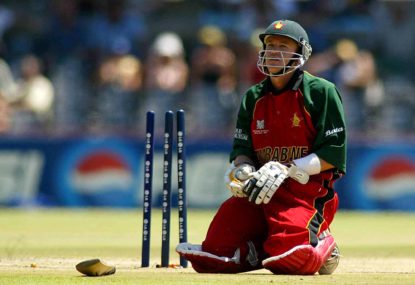 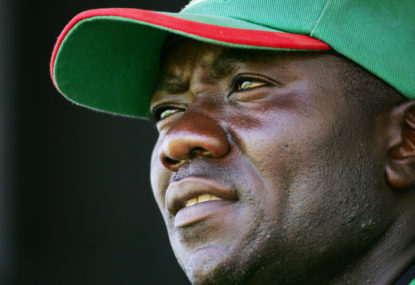