Mitchell Pearce has emerged as a legitimate saviour for Brad Fittler, with Perth’s must-win Origin tailor-made for the Knight’s extensive experience as a big game patsy.

The coach will reportedly ring the changes after his Blues outfit failed in the Origin opener, with some experts claiming the series could be out of reach if he cannot secure victory in Game 2.

With the state’s sense of self-worth in jeopardy – and more importantly, his reputation – Fittler will need personnel who can take the pressure off his young side, and more notably, his neck.

This has seen the red-hot Pearce enter the conversation for a recall, with his claims irresistible after piloting Newcastle to six wins in a row on the back of approximately one billion Dally M points.

But of greater value, the Knights skipper provides priceless experience in sudden-death Origin as a ready-made scapegoat with 18 games as an interstate piñata. 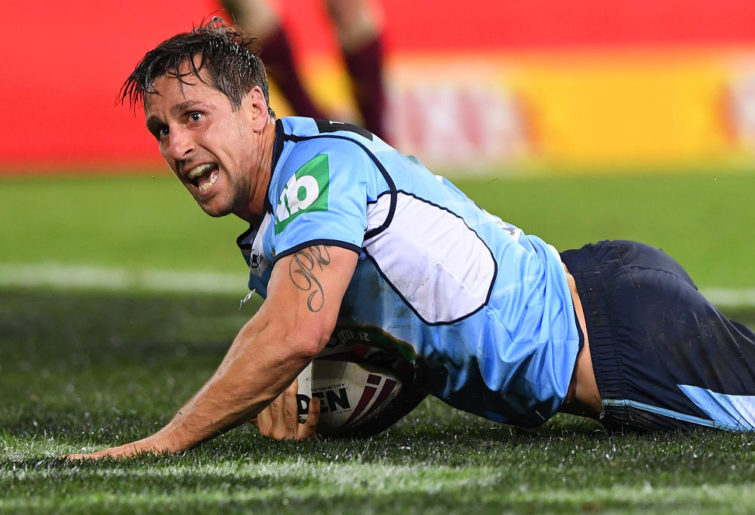 Pearce’s capacity to wear the blame for every shortcoming in New South Wales from Origin to over-budget infrastructure will come in handy in Game 2, because, after all, it’s the Blues and there’s every chance they’ll stuff it.

According to whispers, Pearce has seemingly overtaken other options to wear the burden as Blues halfback, especially after Brett Kimmorley made himself unavailable.

Incumbents Nathan Cleary and Cody Walker appear to have faded in reckoning, with both lacking Pearce’s meme-power to be lumped with statewide blame.

This was despite Walker being unceremoniously hooked in the Suncorp opener and Cleary ably filling a brief as a tackling halfback who doesn’t register line breaks.

Whether rightly or wrongly, Pearce has built a reputation over the last decade at interstate level as the face of the Blues’ Great Depression.

After committing two crimes: 1. Taking part in seven series without a win, and 2. Being born in the same generation as incredible opponents, Pearce has seen countless numbers of his letterboxes filled will all manner of combination body waste and explosives, mainly for kicking a few grubbers dead.

The debate over the half’s standing in the selection landscape has bubbled for a decade, with most choosing to eliminate all nuance in favour of being staunchly polar at the cost of all rationality.

Some point out his average of one try assist every three games in Origin, and a forced dropout every six. His supporters will respond by saying he didn’t play last year’s series, so he’s due.

Rinse and repeat with a few classy canine gags, and you’ve got discourse from May-July.

For some perspective on Pearce’s standing, consider the opening scenes in the new Chernobyl miniseries.

Depicting a flaming nuclear reactor spewing radioactive bile and engulfing everyone within a 200km radius with panic and contamination, this scene is half as chaotic and unsafe as being south of the Tweed the day after an Origin loss involving Pearce, with a quarter of the handwringing and conspiracy theories. 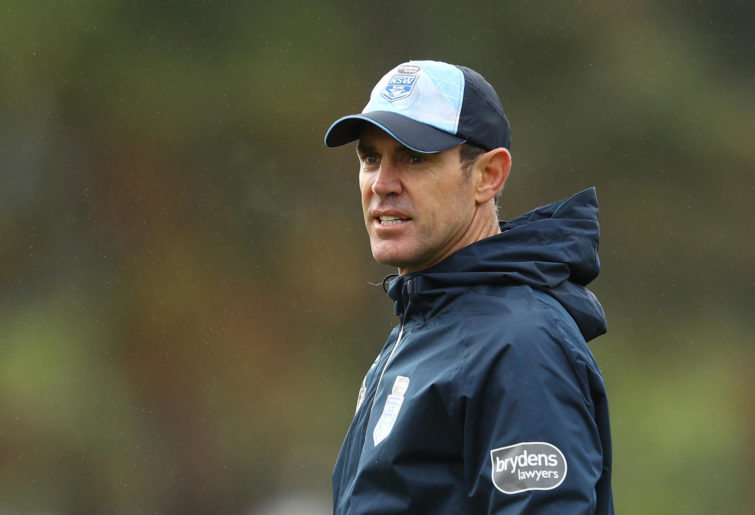 Should Fittler really be looking to make changes for Game 2? (Photo by Cameron Spencer/Getty Images)

With the halfback seemingly turning his life around after leaving the Sydney fishbowl and producing his best footy, some say he should be rewarded with his 24th shot at redemption.

In fact, Pearce was reportedly in the mix for a Game 1 recall until he was ruled out with a groin strain, an injury unrelated to similar omissions in the past as it was football-related.

But even with six man of the match awards in a row, history says he needs to win another five and captain the 1984 Invincibles before even being considered for a NSW recall, and even then that would only be for the Residents side, and only running drinks.

Which would then see him probably held chiefly responsible for water restrictions.