Storm stamp authority at top of NRL with thrashing of Knights

Melbourne have extended their lead at the top of the NRL ladder and ended Newcastle’s winning streak with a 34-4 victory in their Saturday afternoon clash at AAMI Park.

The Knights went into the riding a run of six successive wins but it was the Storm who emerged with their 11th victory of the season with another dominant display.

There were a number of State of Origin aspirants on show, with all eyes on Knights halfback Mitchell Pearce, who is tipped for a recall to the Blues.

It was hard to get a read on the No.7 with his team mostly on the back foot, although he didn’t appear a match for Melbourne’s Queensland playmaker Cameron Munster.

While both teams struggled with some early errors, the Storm got the scoreboard ticking over in the 13th minute when giant prop Nelson Asofa-Solomona broke through to find fullback Jahrome Hughes.

Despite controlling the match the home side only led 12-0 at halftime, with their other try coming off a Will Chambers grubber kick into the in-goal for a chasing Josh Addo-Carr.

The Knights’ cause wasn’t helped with second-rower Mitch Barnett put on report in the 35th minute for a crusher tackle on Hughes.

They also had winger Edrick Lee sinbinned early in the second half for a professional foul as he took out Storm skipper Cameron Smith as he chased a kick through to the tryline.

The floodgates opened for Melbourne in the second half, as they scored four tries including a double for Bulldogs-bound second-rower Joe Stimson.

Newcastle centre Hymel Hunt scored the visitors solitary try after Queensland Origin fullback Kalyn Ponga created the opening in the 47th minute, but the rest of the half was one-way traffic.

It take a lot to impress Craig Bellamy. 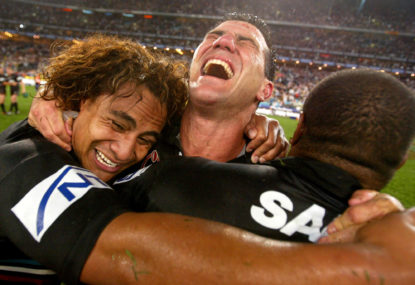