A State of Origin blueprint for success

Holy guacamole, the first State of Origin contest turned into a ripping game of rugby league.

It was fast, tough and tight. The players ran hard, hit hard and did good. The 18-14 final score in Queensland’s favour was a fair reflection of the overall team performances. It was clear that the Queensland backs outgunned the New South Wales backs, which proved to be the difference between the two sides.

The blueprint for the Maroons to win Game 2 in Perth and take the series will hinge on a more complete team effort. The Queensland forwards need to find more consistent running metres as a collective with more variety around the ruck. Matt Gillet needs to do more than just defend – a State of Origin-level player must bring all facets of the game to the arena.

Jai Arrow went missing in attack in the first half of Game 1. He came home with a wet sail after half-time, but he can’t afford a repeat of this inconsistency in Game 2 if passed fit by medical staff. In 2018 Arrow was one of the best, if not the best, of the Queensland forwards; he needs to get back to that consistent effort from last year’s series to give the Maroons a winning chance in Game 2. 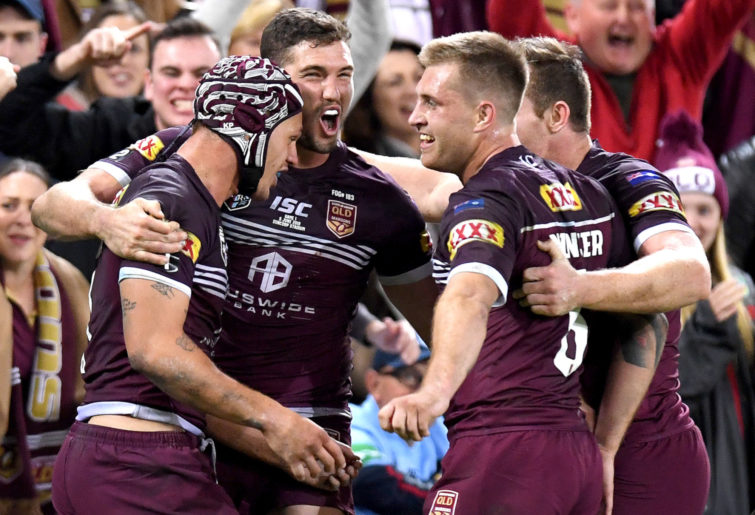 A tightening of the ruck defence against the fast men of New South Wales is paramount to Queensland winning Game 2. Loose ruck defence has plagued the team over the last several State of Origin games, with the likes of Damien Cook and James Tedesco carving up through the middle. Ben Hunt and Daly Cherry-Evans must take the line on more throughout Game 2.

Hunt must also be with crisper and more accurate with his passing game. The makeshift hooker has also developed a habit of standing up and then passing the ball wasting valuable time – he needs to pass from the ground more often to provide quicker service to his ball runners.

Cameron Munster must continue to roam and scheme as this is when he is at his best. Cherry-Evans to bring the structure and control and Munster to bring the randomness and unpredictability.

The blueprint for New South Wales for Game 2 success will come down to the halves combination and getting more from the entire backline compared to Game 1. Cook and Tedesco were the standouts again for New South Wales in Game 1, but the Blues need more from other attacking weapons such as Latrell Mitchell and Josh Addo-Carr.

A better functioning NSW halves combination will provide more attacking opportunities, and one very attractive option is to go back to the Nathan Cleary-James Maloney combination. They have improved markedly in club football over the last few weeks and must be very a tempting option for coach Brad Fittler. The alternative is to bring back Mitchell Pearce – but while the form is there, the mental scars too deep from previous State of Origin series losses.

Another imperative for NSW is a better operating more communicative left side defensive line. This proved a major Achilles heel for the Blues in Game 1.

Both sides know that improvement is needed to win Game 2. Due to the closeness of the teams in terms of ability, it will come down to who wants it more and which team goes the extra mile. If it rains, as can happen during winter in Perth, the kicking game of both sides will need to be spot on.

Bring on Game 2 – if it’s anything like Game 1, it will be a beauty. What a spectacle State of Origin rugby league has turned into – one of the pinnacle team sporting contests anywhere around the world.