The Hurricanes gained huge impact from their bench, rallying from 24-7 down at halftime to beat the Blues 29-24 in their final Super Rugby regular season clash.

Having already qualified for the playoffs and already being assured of fourth place and a home quarterfinal regardless of the outcome of Friday’s contest, the Hurricanes started an inexperienced combination.

The line-up was third string, and some of the starting backline had played fewer minutes in Super Rugby than the numbers on their backs.

But when the Hurricanes rolled out the heavy artillery in the second half, especially halfback TJ Perenara, flanker Ardie Savea and hooker Asafo Aumua, the tide of the match turned and the Blues couldn’t score again.

Passive and defensive in the first half, the Hurricanes went on attack, camping in the Blues’ half and scoring tries through five-eighth Fletcher Smith, lock Isaia Walker-Leawere and winger Peter Umaga-Jensen.

Jackson Garden-Bachop then kicked a late penalty to clinch the Hurricanes’ 12th win of the regular season.

“It was a bit of a tale of two halves, that’s for sure,” Hurricanes captain Dane Coles said.

“I’m just proud of the young lads. We threw some of the guys in the deep end and it wasn’t pretty in the first half. But the way they responded with a bit of a rev-up at halftime … it was a good way to finish the round-robin.”

All Blacks midfield back Sonny Bill Williams returned to action for the Blues after an almost 10-week absence with a knee injury but produced a quiet performance.

For the Leon MacDonald-coached Blues, their 10th defeat was a fitting ending for another season of dashed expectations. 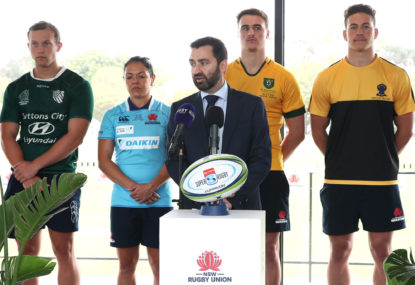