Was Brad Fittler watching the same State of Origin Game 1 that I was?

After seeing the Blues squad that has been announced for Game 2 of this year’s series, my big question is, barring injury, were such big changes required?

Following the loss in Origin 1, Freddy has swung the axe. Out of the starting backline, only three players have retained their spots: James Tedesco, Nathan Cleary and Josh Addo-Carr.

Latrell Mitchell has been sensationally dropped. While he is an exceptionally entertaining player and does have the ability to break a game open, I do applaud Freddy’s courage here.

This dropping might give Mitchell the kick up the backside he needs. Given he isn’t a player who performs at his best when his side is on the back foot, I understand this decision.

This may be exactly what he needs and is a reality check for a player who has prematurely been dubbed ‘the best player in the game’. 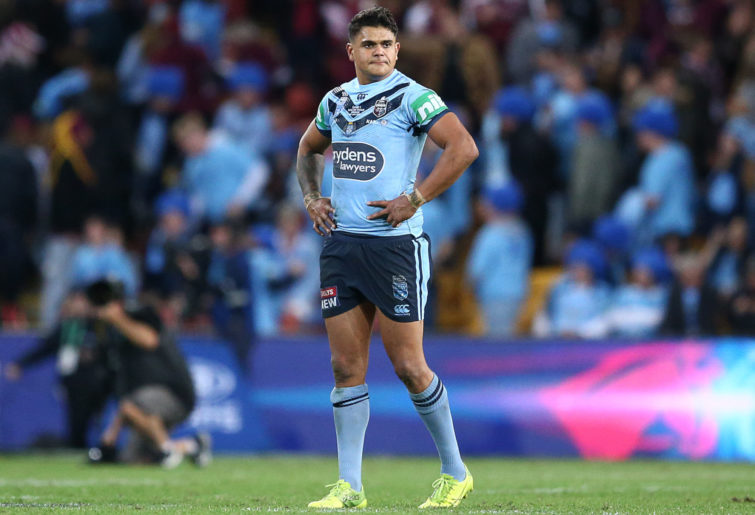 Josh Morris seems an odd casualty given he was one of the Blues’ best. Blake Ferguson must be a strategic decision given NSW struggled to get out of their own end, but he has had some issues with handling this year and some of his performances for Parramatta have been diabolical.

It would have made more sense to play Tom Trbojevic on the wing and let Morris keep his spot.

But what I’m struggling with the most is some of the changes don’t make sense and are completely inconsistent with the narrative he adhered to for Game 1. Fittler suggested he was set to stick with the players that had won the series for him last year.

For example, dropping Cody Walker. It was harsh for a man who has essentially only had half a game to prove himself at Origin level. Why has Walker not been afforded the time that some others have?

Cody Walker of the Blues (Photo by Cameron Spencer/Getty Images)

It’s fascinating that, bar injury, the talk was that Fittler was going to select Mitchell Pearce to play halfback. This would have required Fittler moving Cleary to five-eighth to give control of the team to Pearce.

All drastic moves for someone who has had 18 opportunities to play at an Origin level and failed. Why has Walker not been given the same?

And if Fittler is dropping people for poor or average performances, why is Cleary still in the side?

In Game 1, between the 49th and the 60th minute, Cleary did not touch the ball. In the next 13 minutes, he touched it four times and that was when the team was on the back foot.

I need more from my Origin halfback.

Another player who has been retained despite a crucial error is Jack Wighton. Fittler applauded his efforts in attack and the courage to make a play which could have been a match-winner (but unfortunately ended up being the opposite).

The area where Freddy really has it right is in the forwards. There have been a series of injuries which means changes had to be made.

I’m really pleased to see Dale Finucane finally named. His addition to the bench is a positive one, given that in Game 1, the Blues lacked size on the bench and really did need one extra prop.

My hope for this game is that, given the strength of this forward pack and the impact available on the bench, the coach uses his replacements more effectively.

In Game 1, Freddy’s rotations were a mess. Had players like Tyson Frizell and Jake Trbojevic come back onto the field (and David Klemmer not been forced to play 50 minutes), the result could have been different.

The reality is that until Wighton threw that intercept pass, the Blues were well and truly in the game. Had they completed that set of six, Latrell Mitchell would have come back on the field and it would have been an even contest again.

These selections are a wild overreaction to a result which could easily have gone the other way.

And then, what on Earth does Fittler do if he loses Game 2? Does he go back to the past, choose a whole new team altogether or simply panic?

I hope for Freddy’s sake that this team wins on Sunday.