Panic: It's the NSW way

Fellow New South Wales fans: this is not the time to panic.

Or to put it more precisely, this is the time to panic, and that is why the fact Brad Fittler is panicking is nothing to panic about.

If there is one thing we have learnt from nearly 40 years of State of Origin, it is this: panic wins matches.

From the very beginning, when Queensland was so panicked by the fact they couldn’t win any games that they invented the concept of Origin, flying into hysterical hand-flapping mania has been how legends are born.

Examples of this abound: 1994, when a panicky Queensland began hurling blind, irrational passes any which way and ended up scoring the match-winning try; 1995, when Queensland were in such a terrible panic they picked Ben Ikin, and won a famous victory; 2006-13, when Queensland were so spooked by a run of series losses that they panicked into keeping together a core group of all-time great players who crushed all resistance over and over again.

So it’s good to see that Freddy Fittler has learnt to panic, just as he did in his playing days, when he was famous for his addled brain, hunted facial expressions and random, motiveless actions.

The selection of the Blues team for Game 2 is a masterpiece of panic, and will no doubt send the Maroons into a downward spiral as they attempt unsuccessfully to respond with a panic of their own by breaking Ben Hunt’s collarbone or something.

What shines through in the selection process is how forensically selectors went through Game 1, and all the reasons for the loss, and how loudly they screamed “OH GOD WE’RE ALL GOING TO DIE” as they picked the next team. 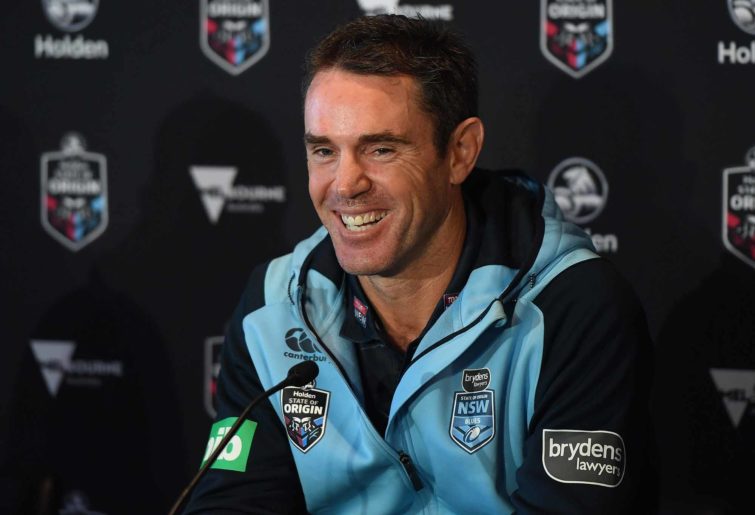 Seven new faces! Well, a change is as good as a holiday, as they say, so this will be like the NSW team is having seven holidays. Maybe they can go horse-riding on their holidays – another activity that has always been good for Origin teams in the past.

Some people might think seven changes is a bit excessive, but we need something excessive if we are to turn around the utter catastrophe of Game 1, when Queensland won in Queensland by four whole points.

Two or three points, maybe we could respond in a more measured fashion, but four? That’s a humiliation that cannot and will not be borne lightly or reasonably or with any sense of restrained calm.

Inevitably, much attention will focus on Fittler’s choice for his centres.

And when thinking about who to replace two centres, what better option than to pick a fullback and a five-eighth?

Thinking outside the box, you see. Catching the Queenslanders off guard. After the defensive issues of the first game, the very last thing the Maroons would be expecting is two centres who are completely unaccustomed to playing in their positions.

They won’t know what to do with them! After all, Queensland themselves picked Michael Morgan at centre, and look at how he tore the defence to shreds in Game 1.

In any event, picking players out of position is a proud tradition in Origin, and always goes well.

Remember how Jack Gibson picked John Cartwright in the front row in 1989, and to the best of my recollection, thrashed that mediocre Queensland team 3-0?

Remember how well NSW did when they picked Laurie Daley out of position as coach?

But you can go into the minutiae all you like. The big point is that this team selection is about sending a message. And when you’re the reigning champions, and you react to a narrow loss first-up by making seven changes to the team, the message that sends to the opposition is crystal clear.