Why the double standard in Kerr criticism?

I was one of those critics that completely wrote off The Matildas after the loss to Italy, and I couldn’t be happier to ‘suck on that one’!

But what is with the mixed reaction to Kerr’s comments? I smell a double standard at play here, but I cannot quite put my finger on what that is.

The comment itself was fairly innocuous: “There were a lot of critics talking about us. But we’re back – so suck on that one”.

Fair enough, there were a lot of commentators that used their platform to express their pessimism after the loss to the Italians.

For a historically successful side, it would have been disheartening even antagonising to hear prematurely, the fallout of an unsuccessful World Cup campaign after just starting.

This context made the comments more than justified. In fact, I imagine the squad would have got much satisfaction from their captain articulation publicly of what they all must have felt in winning the match.

However, I find it fascinating, that in my view similar comments made in similar circumstances by a female sportsperson were not viewed as classless, overstepping the mark or a sign of immaturity.

In fact, they were largely celebrated. “…. a lot of the owners wanted to kick me off. Everyone else can get stuffed who think women aren’t good enough.”

Michelle Payne said this in a post-race interview after winning the Melbourne Cup in 2015.

Admittedly, the specific targets contrast in who is getting stuffed or sucking on that one. That’s where the differences end. The targets both fall under the category of critics, naysayers or doubters. The context and tone of the comments were also comparable. 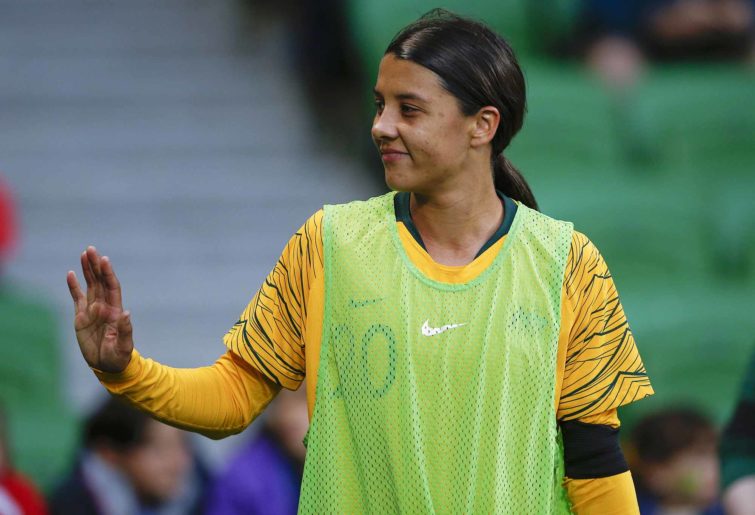 So, why were Kerr’s comments received with such a mixed response as compared to Payne?

I am not sure, I can only suggest a few reasons but nothing where I would subscribe to with great conviction.

Could it be the tall poppy syndrome, Kerr is one of the most recognisable athletes in Australia. Payne until her Melbourne Cup victory in 2015 outside a racetrack enjoyed comparative anonymity.

The differing dynamics of their representative sports. Football a team sport, representing more than yourself as opposed to the individual nature of being a jockey.

Or is this a case, where Payne’s critics who she alludes to as chauvinistic make her relatively immune to criticism as to disapprove of her comments might be seen as chauvinistic itself.

Kerr’s comments being fair game as they came from a purely subjective point of view supposedly absent of any prejudiced motive.

Whatever the reason, I have no problem with either comment. Both were reasonable and delivered with the appropriate tact that reflected their situations.

Again, I cannot pinpoint why the double standard occurred between Kerr and Payne. It’s interesting though, how two not dissimilar comments garner two distinct reactions.