Australia must overhaul its position on gambling

Australia is the only country in the world to have a public holiday for a horse race. We are known for loving a flutter.

And it’s not just the Melbourne Cup. There are half-day gazetted holidays in country towns in NSW for their major race meetings and some places have a full day off for their Cup meeting.

It was once deemed quintessentially Australian to go to the races and have a flutter.

And that was okay. But this country has gone from a country that loves a flutter at the races to a nation that bleeds money through gambling.

Statistics show that Australians lose more money through gambling than any other nation in the world.

On a per capita basis, Australians lose more than $1200 per year from betting, whether it be through racing, gaming machines or buying Tattslotto tickets.

That’s more than double of the second-placed nation, Singapore, whose people lose about $600 per year on gambling.

Something has to change in Australia. 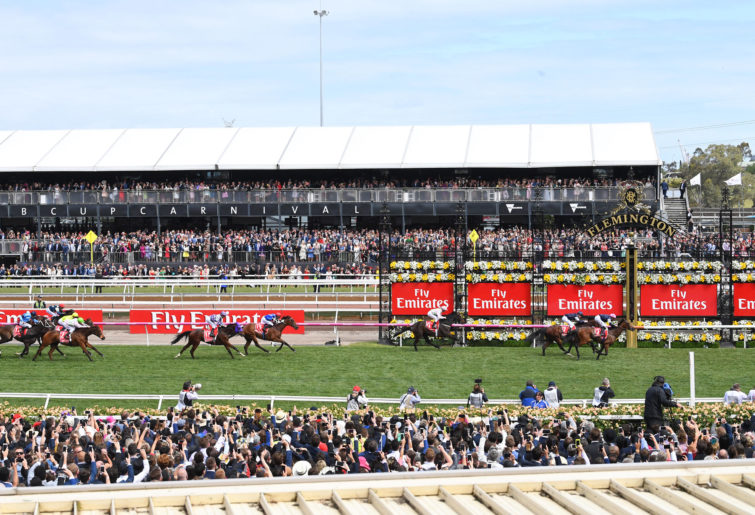 It’s time for this nation to take a stance and stop the rot.

As a racing fan, I don’t have an issue with people going to the races to have a bet on a horse.

I’m not about to call for a ban on gambling in Australia. All it would do is make more criminals by introducing an underground betting racket.

But there needs to be more regulation.

If I was in Scott Morrison’s chair, I would introduce a bill that bans gambling advertising. Not just on TV, but everywhere.

No more billboards, no more radio commercials, no more signage at stadiums and on sporting goods.

Currently, you can’t watch any sporting event on TV without being reminded of the odds.

It is rammed down our throats and it needs to stop.

It was somewhat comical when Jaidyn Stephenson was handed a ten-match ban by the AFL on Wednesday.

Sure he did the wrong thing and had to be punished, but the AFL should also have a good look in the mirror.

One company (I won’t name them to give them a free plug) is paying the AFL $10 million to be its official betting partner.

And it’s not just the AFL. Cricket Australia’s boundary ropes had betting advertising on them during the summer, while you can’t watch an Australian-based NBL game without seeing a wagering company’s logo plastered over the courts.

This has to stop.

I’m not against ads appearing on Racing.com or Sky Channel because horse racing is a sport that is stimulated by betting.

However, I think that the government should introduce new laws that stop betting companies from feasting on problem gamblers.

As it stands, a punter can self exclude, but there is no rule that says a bookmaker must stop a gambler from continually betting.

It might sound like nanny state kind of stuff, but research says that most problem gamblers come from the lowest socioeconomic sections of society.

Which means that the people who can least afford to gamble are the most affected.

This goes for the pokies, too. Something must be done on what is a leech on society.

I understand that thousands of jobs would be lost and many small towns would be crippled if pokies were to be banned, so I’m not going to call for a shutdown of electronic gaming machines.

However, I feel like punters should have a loss limit. When you enter a pub or club, you can make one deposit on the card for a predetermined limit.

You use the card to play the pokies. When you run out of credit, you can’t top it up for another, say, 72 hours.

Limits could be higher in casinos, but pokies were once supposed to be fun, just like having a flutter at the races, not so people could insert thousands of dollars in them.

A lot of people won’t like what has been written here because they feel that they can control their actions and shouldn’t be punished by law changes.

But the law changes are not for them. They are for the people who are unable to help themselves.
The statistics say it all. Australia loses more than double the amount of money to gambling (on a per capita basis) than the next country.

Let’s make this generation the one that starts the swing in the right direction.

There’s no issue with having a bet on the horses on a Saturday or putting $50 in a gaming machine when out to dinner on a Friday night (if you can afford it), but there is an issue when you can’t put food on the table.

Gambling has destroyed too many people and too many families in this country for us to keep ignoring it.

Make some changes, get rid of gambling odds from our TV screens and be happy when your horse runs third in the Melbourne Cup sweep.

Anybody impacted by gambling (your own gambling or someone else’s), can call the Gambler’s Help line, 24 hours a day, 7 days a week on 1800 858 858. This service can give you the contact details for your nearest Gambler’s Help service or, if you prefer, a service away from where you live.

Matt Nicholls
Expert
Matt is a newspaper editor by trade but spends his time dwelling about his glory years as an average opening batsman and slow half-back flanker. If he's not flicking between all the sport he can find on TV, he's out trying to lower his handicap on the golf course. He loves writing about horse racing – one of the most intriguing industries in the world.
close