Spinners are struggling in this World Cup

Wrist spinners have become the kings of white ball cricket in recent years yet they are being flayed so far in this World Cup in the UK.

The eight specialist wrist spinners used to date in this World Cup together have averaged a whopping 42 with the ball whole conceding 6.2 runs per over.

Like many cricket observers I thought it would be these bowlers who would control this World Cup. They may still do so but to this point some of them have been liabilities for their team.

Khan, for example, entered this World Cup as the number three ranked ODI bowler in the world, with many pundits and fans predicting he would run through teams. Instead he has been cannon fodder.

After five matches the young leggie has taken three wickets at 75, while giving up 7.03 runs per over. That includes the most expensive nine-over haul in ODI cricket when Khan conceded 0-110 against England yesterday.

Placed just four spots below Khan on the ODI bowler rankings, Indian left arm wrist spinner Kuldeep Yadav has had a reduced impact in this tournament.

While Kuldeep has been very economical, he has averaged 44 with the ball and taken just three wickets from as many matches despite being a natural strike bowler.

Adil Rashid, meanwhile, has laboured badly after being England’s most impactful ODI bowler over the past two years. So far in this World Cup Rashid has taken five wickets at 54, while bleeding 6.25 runs per over.

By comparison, England finger spinners Moeen Ali and Joe Root have taken seven wickets at 29, with an economy rate of 5.47 runs per over.

Then there’s Shadab, the leg spinning prodigy who loomed as potentially Pakistan’s most valuable bowler in this tournament. I

nstead he struggled early on, was axed and then when he returned was milked for 0-61 from nine overs against India. Shadab has tournament figures of two wickets at 62, with an economy rate of 6.5 runs per over, and is now again at risk of being dropped.

The axe has already fallen on fellow leggie Zampa, who was left out of the Australian line-up for their past two games. Australia decided to field an all-pace attack in those matches after Zampa returned four wickets at 42 in his three matches, with a sky-high economy of seven runs per over.

The Australian selectors have lost faith in Zampa despite his fine form in ODIs prior to this World Cup. The 27-year-old took 18 wickets at 30 in his ten matches prior to the tournament and was instrumental in Australia winning ODI series in India and Pakistan. 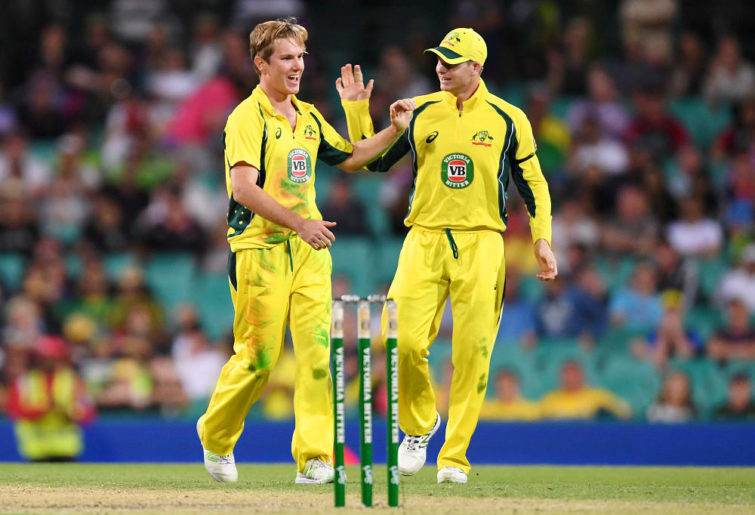 He was dropped after being hammered for 0-50 from six overs against India last week. As clearly Australia’s most attacking spinner, when Zampa bowls well he greatly enhances the balance of their attack.

But Australia may continue to rely on pace based on comments yesterday from Justin Langer. The Australian coach noted the way in which spinners had been less effective in this World Cup to date.

“It’s been pace that’s dominated the tournament. That’s been the trend so far and it’s worked really well,” Langer told the media.

He is not wrong. Of the top 20 wicket takers in this World Cup only two of them are spinners – Tahir and Chahal.

Instead this tournament has been controlled by quicks like Pakistan’s Mohammad Amir (13 wickets), England’s Jofra Archer (11), and Australian pair Mitchell Starc (13) and Pat Cummins (11). Meanwhile, only three of the top 20 most economical bowlers in the tournament have been spinners.

It will be fascinating to see whether slow bowlers become more influential as the tournament progresses and some of the pitches used become more worn. Against an ultra-aggressive batting unit like England, an all-pace attack would seem to lack the variety needed to keep them from getting into a rhythm.

Then again England’s batsmen went to town on Rashid Khan yesterday. The prevailing trends of ODI bowling for the past few years may have just flown out the window for this World Cup.