Admitting to a mistake he made three times, he spoke full of disappointment in himself. The remorse was as evident as Steve Smith’s was in South Africa last year.

There wasn’t the tears or fanfare. But everyone knew we were seeing Jaidyn Stephenson facing a make-or-break moment in his life.

The suspension for his accumulative $36 total of bets on three Collingwood games involving his and his team-mates’ performances is 22 weeks, with ten to be served immediately.

What he did was stupid, especially in a day and age when betting on the AFL is evidently outlawed for all players and officials involved in the organisation.

It’s no Hanse Cronje move, but it doesn’t look good when Stephenson bets on himself to kick a certain number of goals in a match, or a team-mate to collect a certain amount of disposals.

Does that impact who he passes it to or what decisions he makes? We can’t confirm that. But practically the answer is that this appears to be an innocent mistake.

Stephenson definitely deserves some sort of severe punishment. A fine and more importantly a suspension. That is universally agreed on.

But was ten weeks and a further 12 suspended on top of a $20,000 fine too harsh? What message does that send to other members of the AFL community and us fans?

By making this decision, the AFL are flirting with a fine line of hypocrisy.

Isolated, the harsh stance against betting is understandable. It has ruined the integrity of other sports, such as cricket and its match-fixing issues. Players have ended up in jail because of it. Therefore, any action – no matter how unintentional – that strays into an AFL player betting on the sport should be met with a suspension. 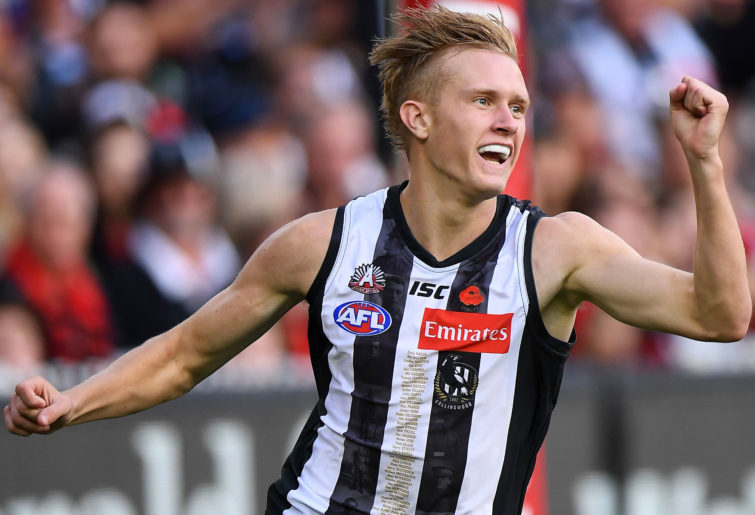 But a key factor is that the AFL have different policies for other transgressions.

Taking illicit drugs is arguably a bigger problem facing the AFL. Think Ben Cousins and the allegations surrounding West Coast. How many more players have been caught taking illegal substances than they have betting?

In the time since the last gambling suspension was handed to Heath Shaw in 2011, players from Collingwood (Sam Murray, Josh Thomas, Lachlan Keeffe), Fremantle (Ryan Crowley) and St Kilda (Ahmed Saad) have been found guilty of taking illicit drugs, on top of the Essendon saga.

Yet with their current three-strike system, a player who self-reports their drug use will receive privacy and counselling, not suspensions or fines. Not once, but on three separate occasions. That doesn’t sit right.

Also, the AFL still has many betting companies as major sponsors. Multiple AFL clubs have pokies systems that generate a large part of their earnings. When players grace the grounds, they see gambling ads. When they watch other games or shows at home, they see ads encouraging them to earn some money by betting on a sport they know the intricacies of.

This is no excuse for Stephenson’s actions, as they are dumb and pointless. But this case highlights the AFL’s need to change their rules.

If a player can confess three times they have taken illicit drugs without any sign of remorse and not be made public or punished, then how can a player who self-reports a series of gambling misdemeanours be publicly exposed and giving such a hefty ban and fine, especially when the betting industry is so important to the AFL’s bottom line?

The AFL have also stuffed up the investigation process. Stephenson confessed three matches before this suspension was handed down.

The whole games after a guilty plea. That’s not thorough, that’s problematic. That’s three games where Stephenson was allowed to play against other teams and score important goals that contributed to Collingwood’s success.

That’s another three games he’ll miss at the end of the season, where he’ll be left to wallow in his mistakes.

Yet the AFL will admit to no mistakes. They’ll have excuses for their ways, explaining their decisions and why they are so unequal when you compare them to illegal drug punishments.

They’ll also have excuses for they came to this decision so slowly, which threatens the integrity of the game more than a $36 series of bets from a 20-year-old player.