With the Europe club rugby finals all locked away a few weeks ago and Super Rugby about to plunge headlong into the knockout phases, it is time to select my favourite XV from club rugby.

Lots to like this year, and while many below may not be the best player in their position they are the ones you turn out in the cold to watch.

1. Joe Moody (Crusaders), playing angry man rugby and has been demonstrating a combination of the dark arts and outright disruption at scrum time.

2. Schalk Brits (Bulls), more clubs than Jack Nicholas and clearly doesn’t know when to give it away. Always gives it absolutely everything. A bloke to have a beer with I think.

3. WP Nel (Edinburgh), only bloke in world rugby you would change seats for at half time to continue watching, scrum technician par excellence.

5. Leone Nakarawa (Racing 92), Army officer, Olympic Gold Medallist and excitement machine, hope nobody tells him he is playing lock. Too many skills to fit into a normal-sized human.

7. Sam Cane (Chiefs), Broken neck appears to be little more than a minor inconvenience based on his form since return from injury. The AB and Chiefs glue.

8. Pablo Matera (Jags), Slight positional shift to accommodate him but this is not only the kind of guy you want to go watch, but someone you would want next to you in a trench. Never a backwards step and always into everything.

9. Aaron Smith (Highlanders), ‘cause you can never select a world XV without him in it. Tops the try assist stats for Super Rugby despite playing only three quarters of the games. Perpetually peerless pass. 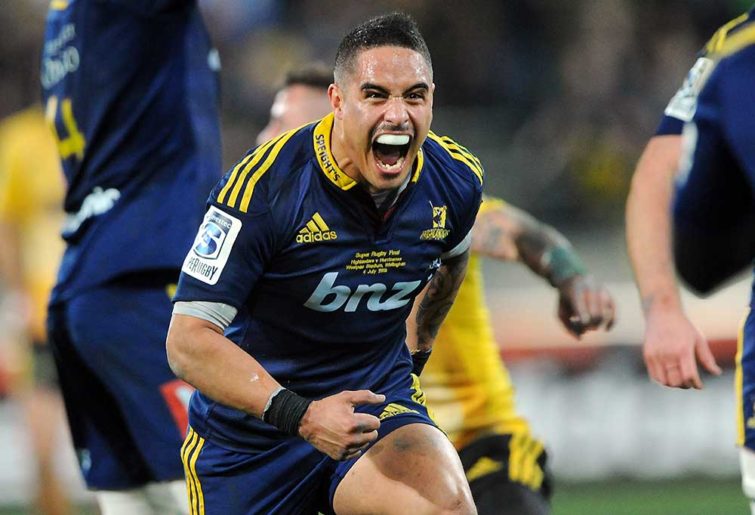 10. Danny Cipriani (Gloucester), primarily selected to annoy Eddie Jones should anyone mention this to him, but this guy just seems to raise whatever side he plays in, except England obviously.

Diaz Bonilla from the Jags rates an honourable mention.

11. Jonny May (Leicester Tigers), anyone who plays good code while believing he is possessed by the spirit of a chicken is alright by me.

12. Hadleigh Parkes (Scarlets), Would have lost serious money betting against this guy making to international level, but how good was he.

Huge role in the Welsh 6N win out of an average Pro 14 club. Chasing down Stockdale in the Ireland game was a big moment.

13. Mathieu Bastareaud (Toulon-ish), has the kind of physique one get fit running around the outside of. A power to weight ratio physics enigma.

14. Taqele Naiyaravoro (Northampton Saints), just great fun to watch with a full head of steam up and a defender or two between him and the chalk. Hilarious stuff. Simply score tries wherever he goes.