Must-win game looms for Tigers as they face depleted Afghans

The sub-par fielding and bowling effort from Bangladesh was the main catalyst for their loss against Australia in Nottingham.

The batsmen can take a lot of confidence, scoring their highest ODI total in the process, although they fell short of their target by 48 runs. Afghanistan are coming off a heavy loss against the fearless Poms where star bowler Rashid Khan was smashed all around Europe, finishing with 0-110 off his nine overs. The two sides meet on Monday 24 July at the Rose Bowl, Southampton.

These two sides have met once in the World Cup, four years ago in Canberra. Most of the Bangladeshi-backed crowd had driven from Western Sydney to support Mashrafe Mortaza’s men.

Bangladesh were in a spot of bother at 4/119 before half-centuries from Shakib Al Hasan and Mushfiqur Rahim revived the Tigers to 265 all out.

The Afghans were behind the game from the beginning as they lost their first three wickets in the first three overs. The middle order tried to revive the innings but the building required rate led to the Afghans falling short by 109 runs.

Out of the Bangladesh top six, only Soumya Sarkar has failed to register a half century in the 2019 tournament. The left-handed opener has threatened to single-handedly take the match away from the opposition, but his lack of temperament has led to very soft dismissals.

However, against an attack that has spinners low on confidence and no express quicks, he has the perfect opportunity to get himself back into form. The senior quartet consisting of Tamim Iqbal, Mushfiqur Rahim, Shakib Al Hasan and Mahmudullah will be looking to continue their good form.

The fact that a part-timer had the best bowling figures against Australia is worrying. But against a side whose batting has been inconsistent and poor, they have a golden chance to bowl out an opponent for the first time this World Cup.

Mehidy Hasan has been wicketless the past two games, but if he can tie up an end and chip in with a wicket or two, his spin partner Shakib Al Hasan will cause some serious damage to the Afghan right-handers.

Mohammad Saifuddin should be fit, which will be a massive boost considering he’s taken nine wickets in four matches. Mustafizur Rahman will also try to bounce back with his changes of pace more suitable against Afghanistan.

It’s hard to point at one batsman who is key to Afghanistan apart from Najibullah Zadran. He’s the only batsman who’s getting some runs in this under-performing side. It doesn’t help that Mohammad Shahzad has been ruled out of the World Cup and having dropped Hazratullah Zazai, Afghanistan still don’t know what their best opening combination is.

Hashmatullah Shahidi fought well to score 76 against England and will be looking to build on that form, however he could still have a sore head if he gets any bouncers from the Indian pacers, who they encounter two days prior to the Bangladesh clash at the Rose Bowl.

Just like their batting, it’s hard to identify their key bowlers. Their spin trio have been pretty disappointing so far and need to find their mojo soon.

Rashid Khan needs a good performance against India or else Bangladesh will be teeing him off. Out of their pacers, Dawlat Zadran seems to get a bit more bounce compared to captain Gulbadin Naib and Hamid Hassan. If he gets a few early wickets, the Afghans could spring their fourth victory over the Tigers.

The off-field issues such as confrontations at a Manchester restaurant or Afghan coach Phil Simmons’ rant on Twitter after Afghanistan’s chief selector blamed the coaching staff for their winless start just makes the Afghan camp a very unhealthy environment to be around.

However they still have some world-class players and are able to beat Bangladesh. But this is a must win game for the Tigers, and with their experienced campaigners and ability to handle pressure, I’m expecting a win for Bangladesh.

Afghanistan wicketkeeper-batsman Shafiqullah Shafaq has been hit with a six-year ban after he accepted four charges of breaching the country’s anti-corruption code. 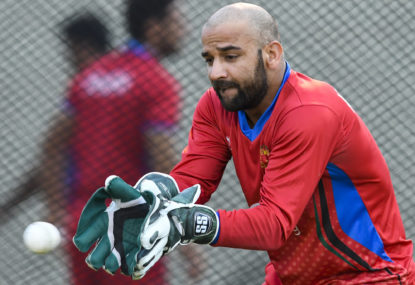 Australia may have won their first match of the World Cup, and David Warner may be the talking point of that victory. 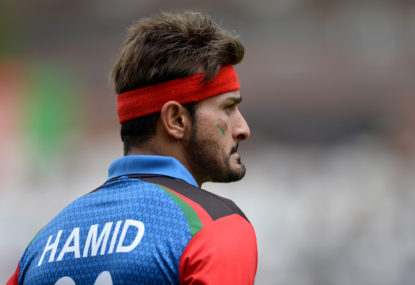