Matildas World Cup campaign leaves us wondering 'what if?'

The Matildas hardly deserved to go through to the World Cup quarter-finals but their penalty shoot-out defeat to Norway in Nice yesterday still left a bitter taste.

Let’s be honest, if Norwegian winger Caroline Graham Hansen hadn’t hit the inside of the post with a curling effort in stoppage-time on Sunday morning, we wouldn’t even be talking about Australia’s 4-1 penalty shoot-out defeat.

Ditto Vilde Boe Risa, whose deft chip from 30 yards caught Lydia Williams off her line in extra-time but ultimately clipped the top of the crossbar.

So it’s not like the Matildas were undeniably the better team.

But not for the first time it was the manner of an Australian national team’s loss, rather than the defeat itself, that left such a sour aftertaste. 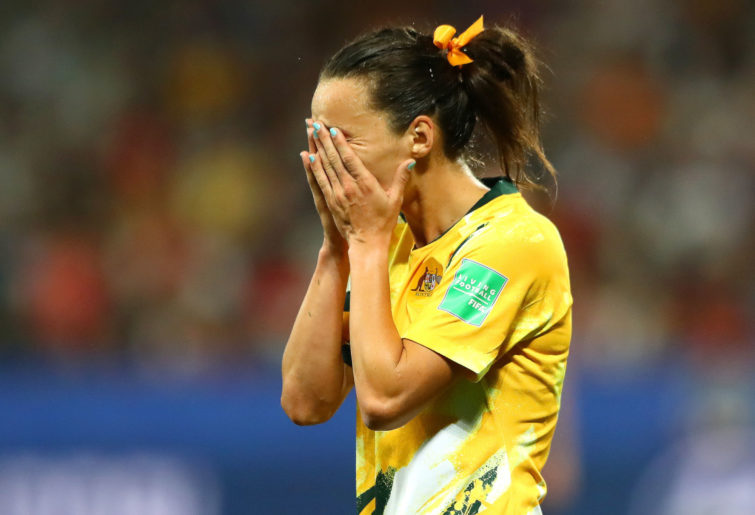 Because Alanna Kennedy should never have been sent off in extra-time.

And Tameka Yallop was denied the clearest penalty in the history of football just before full-time.

And the Matildas being denied yet another penalty just before half-time brings into question why football even uses Video Assistant Referees in the first place.

Maybe Sam Kerr’s cross did come off Maria Thorisdottir’s shoulder after all?

But when German referee Riem Hussein blew her whistle to signal a spot-kick after Thorisdottir had dropped her body downwards to meet Kerr’s cross, there was 41:10 showing on the match clock.

And when Hussein re-entered the field of play to chalk off her penalty decision, the clock now read 44:25.

So where in the intervening three minutes and 15 seconds was Hussein’s “clear and obvious error?”

If she had an unimpeded view and Hussein was clear in her conviction that Kerr’s cross had struck Thorisdottir’s arm, why was VAR technology used to overturn the decision?

The video replay seemed to suggest Kerr’s cross simply struck Thorisdottir’s upper body – but it’s not like it was conclusive.

And perhaps the bigger issue at hand – or at least one probably worth debating – is why refereeing decisions at major tournaments seem to constantly go against teams like Australia.

It’s not only us Aussies. Just ask Kiwi football fans how they feel about FIFA refereeing of late.

It seems no matter which Australian national team is in action, the default reaction from FIFA referees is to call almost every key decision against them.

But then – and this is an important distinction to make – the Matildas might never have been playing Norway in the first place if it wasn’t for a couple of crucial decisions going their way in the 3-2 win over Brazil.

So once in a blue moon refereeing decisions do go Australia’s way.

And maybe that’s the problem. In our rush as fans to run every decision that goes against our teams through the microscope, we’ve opened the door to the sort of officiating we’ve seen so much of in this Women’s World Cup.

Because, let’s face it, the use of VAR technology has been a nightmare.

Just as we’ve experienced in the A-League, it has ruined the flow of games, robbed goal celebrations of their spontaneity and forced on-field referees to second-guess their own decisions.

More often than not it’s only added confusion when the whole point of video referees was to remove it.

And as fans we should acknowledge that a culture of questioning every minor decision was only ever going to result in a major change to the way football is refereed. 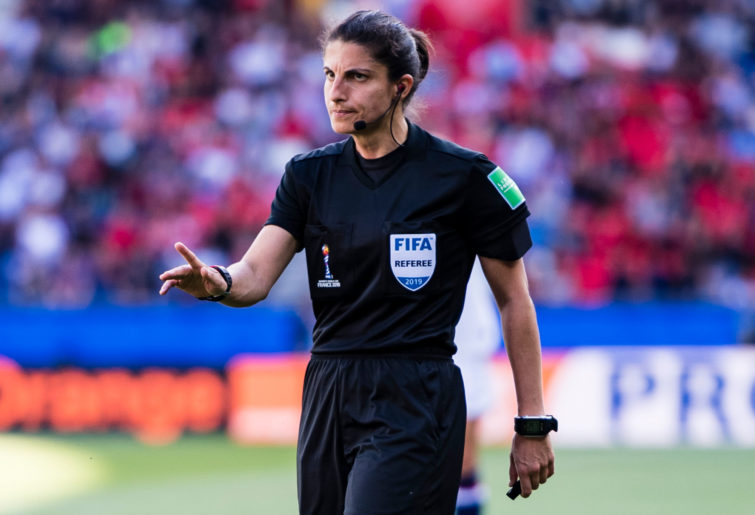 At the end of the day, the Matildas weren’t good enough to beat Norway.

The Norwegians executed their game plan better on the night, including during that fateful penalty shoot-out.

And an Australian plan that involved sacking the coach in the build-up and finished with more questions than answers ahead of their Tokyo Olympics qualification campaign arguably got what it deserved.

We should be proud of the Matildas’ efforts in France.

But as is so often the case in Australian football, it’s another campaign that leaves us all wondering ‘what if?’