Just like many thousands of other ordinary Australians, I don’t believe that how RA dealt with Israel Folau was right.

There has long been a sense of justice and fairness in Australia that a great many people subscribe to.

Australians will call out an injustice when they see it, whether sitting around in a pub or around a coffee machine and have a distinct sense of ‘the right thing’.

In court it’s the view known as a ‘reasonable person’ and it has been a foundation (albeit now under attack) for generations.

Then there is the noisy mob, who will abuse, bully, discriminate and screech hate on the issue of the day without any sense of the irony of what they are actually doing. They do this because they believe their cause is righteous and they will attack anyone who supports (or ‘fails to condemn’) the subject.

Facts are distorted, arguments are twisted – damn anyone who doesn’t join the cause.

The sustained abuse on this forum is astonishing. I do not wish to engage in theological arguments. It’s been going on for thousands of years and there is no winner, yet if you read some of the comments on here it is truly disgusting to see it at work.

Witness now the mob and the press targeting Israel’s wife and her livelihood, both here in Australia and New Zealand. The various netball associations have (in my opinion) correctly stated that the views of a player do not reflect their own, but that ‘isn’t good enough’ according to some. 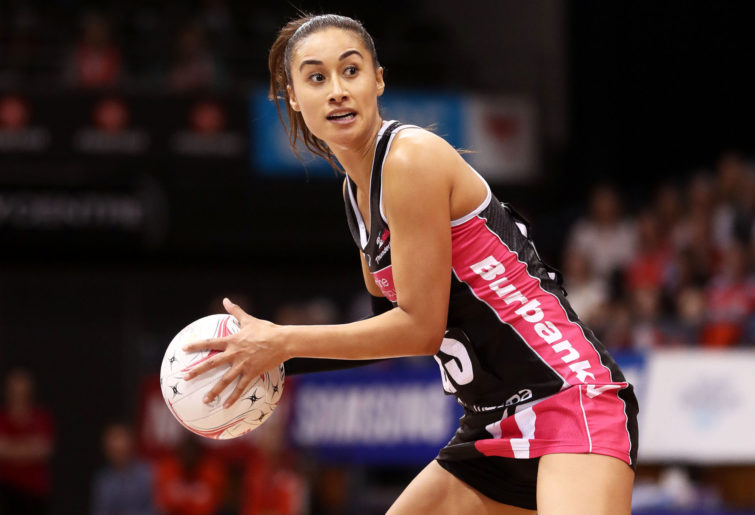 Maria Folau has been under attack after her husband’s comments. (Photo by Matt King/Getty Images)

There are many people in Australia who don’t like the bullying way of the mob. There are many who don’t like being lectured to, abused or labelled for failing to join the pack. No, I’m not a Christian, not a misogynist, not ‘alt-right’, not homophobic and regardless of the abuse surely to follow in the comments of this article, I’m quite prepared to stand up for what I believe in, and that is that what is happening here is wrong.

How can a player from the same team found behind the wheel of a car be so drunk that he is asleep/unconscious, and subsequently found guilty of a ‘mid-range’ breach? What if he had actually careened through the intersection that passersby prevented and killed a passenger he slammed into, or lost control of his car before unconscious and killed a pedestrian? Aren’t his actions and a potential loss of life (including his own) a major issue?

How does a fine and suspension for actions with such dangerous potential (that they are illegal in the law of the land), rate less seriously than a social media post where the person involved has had his entire livelihood stripped away and been banned from the game?

What sense of perspective allows people to condone the punishment for a potential loss of life as being less severe than offending someone? Where is the outrage at a public figure being so drunk behind the wheel of a car?

And yet the above ignores the extensive list of transgressions in other codes. Does anyone care?

Unlike the views of a certain AFL leader, I don’t think sporting codes or big business are looked to by the general public for leadership on societal issues.

While the public might tolerate their taking of positions, the backlash can be huge when these organisations involved mistake the twitterati activism/support as the point of view of the general public.

Australia’s sense of fairness and abhorrence of being lectured to will eventually win out. A recent election is clear evidence of that.

So to the GoFundMe campaign. I concede that I was initially surprised that Israel would ask for money for his challenge.

Then I sat down and thought about it. Unlike some of the outrage mob, I know that when you buy a property you don’t own it outright.

You only put down a deposit and you have to then make mortgage payments. Just like a car.

The reports of his assets/Lambo are designed to imply that he owns these properties outright and he has the wealth to afford the many dollars required to fight this case.

Earning millions is different to having millions. The facts are no doubt different… but who in the mob wants to sit down and look at the facts?

I suspect Israel is already or has been made aware that this case is going to be long, large and hotly debated within wider society. I believe he already knows that proceeding with this is well beyond his means.

Will it be as big as SSM? Who knows, but already the battle lines are being drawn. The mob is already going after his and his wife’s income.

The reality of the GoFundMe campaign withdrawal is that an organisation has stripped Israel of a means to proceed with this fight, and they’ve done it clearly on the pressure of the mob.

GoFundMe apparently has over 17,000 legal fund campaigns, including a defamation action by a Greens Senator and even ‘egg boy’.

Australia’s sense of fairness (once the mob abuse is set aside for a moment) will react with great dismay to this decision. In my case once provided with a means I will donate again, and yes I will increase my donation as while the mob has had a win with GoFundMe, my sense of fairness means that I will give more to ensure he has a chance to have his day in court.

It will (and has) galvanise support for his ‘day in court’ where a group of ‘reasonable persons’ will ultimately make an ‘umpire’s’ decision.

And that is where it will end…. as just as the SSM debate showed, once Australians have had their say, regardless of the abuse of the mob, everyone accepted the outcome.