The A-League merry-go-round is in full swing

In case you have not noticed, much criticism is levelled at the A-League.

To many, it is a two-bit operation, lacking quality players, fans and real meaning. Personally, I disagree strongly, however, can also appreciate from where such assumptions and attitudes stem.

Yes, the top tier of Australian football remains hamstrung by a $3.2 million salary cap and lies at the mercy of hundreds of clubs across the globe without such restriction – clubs which are eager to pounce on anyone showing potential above A-League standard.

As a result, the Awer Mabils, Andrew Nabbouts and Daniel Arzanis of this world will continue to head off shore to follow their dreams; leaving behind a host of competent footballers yet few with the x-factor that those men possess. 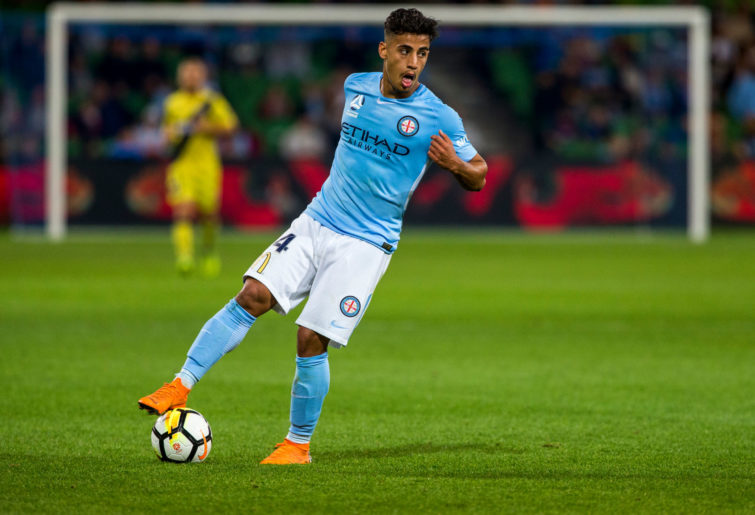 Daniel Arzani during his time with Melbourne City. (Photo by Jason Heidrich/Icon Sportswire via Getty Images)

That leads to a constant recycling of local talent, with managers hell bent on unlocking the secrets to players who have had stints with numerous A-League clubs.

To fill the void created, Australian clubs seek out ‘experienced’ international talent to add to the depth of their squads.

Whilst each and every club wants a ‘name’ recruit, they are few and far between. For every Alessandro Del Piero or Keisuke Honda there are dozens of foreigners who come and go like ships in the night; some making a significant impact and others whose departures are almost unnoticed.

The 2019-20 season already looks like a continuation of the rather monotonous cycle, with the introduction of Western United providing the most significant point of difference, in a competition desperately requiring an injection of, well, anything.

Mark Rudan’s new club have recruited well and appear to have a nicely balanced squad that should be competitive from day one.

Andrew Durante has left his beloved Phoenix to join the new franchise after 273 matches in yellow. He will be joined in defence by Socceroo Josh Risdon, as well as Aaron Calver and Brendan Hamill who have left their Sydney clubs in search of a new challenge.

Max Burgess has also made his way across the ditch after a very promising debut A-League season with Wellington and with Connor Pain, Apostolos Stamatelopoulos and Jonathan Aspropotamitis, will look to provide the energy and creativity in attack.

Throw in one of the best goal keepers in the league in the form of Filip Kurto with a sprinkling of yet to be announced foreigners and United should enjoy some success in their inaugural season.

As fresh and exciting as all that is, the recycling and departures continue elsewhere. The list of international talent leaving is considerable. Ritchie De Laet, Keisuke Honda, Siem De Jong, Roy Krishna and Alex Baumjohann all depart after stellar A-League stints.

More alarming is the list of foreign ‘flops’ who leave their respective clubs. Jordy Thomassen and Ken Ilso never hit the heights in Adelaide, nor did Jair and Ronald Vargas under Ernie Merrick’s tutelage in Newcastle.

Then there are the recyclables; those likely to pop up with another A-League club, seeking opportunity number four, five or even six.

Roly Bonevacia leaves Western Sydney, Nathan Burns will potentially be looking for a gig after departing the Phoenix and Mitch Austin could be about to sign for his fifth A-League club after severing ties with Sydney.

Dario Vidosic might be sniffing around for A-League club number six and who knows where Baba Diawara, Joe Caletti and Carl Valeri may pop up after departing their clubs at season’s end.

There has already been a host of interesting signings made on the A-League merry-go-round. Luke DeVere arrives in Wellington for a fresh start after appearing out of favour in Brisbane, while Ruon Tongyik, Daniel De Silva (off-loan), Abraham Majok and Jai Ingham all arrive on the Central Coast as Alen Stajcic looks to build a competitive squad.

How will Alen Stajcic go with the Mariners? (Photo by Catherine Ivill/Getty Images)

Scott Galloway joins Melbourne City after a cracking season with Adelaide and Merrick picks up Matthew Millar and Nick Fitzgerald in what appear to be positive signings at the Jets.

The biggest off-season news has been the unveiling of Kosta Barbarouses as Sydney FC’s star recycled recruit and Bruno Fornaroli’s move to Perth Glory.

Just a trickle of new international players are confirmed at this point, yet the floodgates will soon open. Ex-Cardiff City man Craig Noone joins Melbourne City and the Wanderers add Swiss goal-keeper Daniel Lopar, his countryman Pirmin Schwegler and pole Radoslaw Majewski.

Thus, the chameleon-like A-League is reborn yet again. It is the nature of the beast and won’t be changing anytime soon.

Now we await the announcements of the new foreign and marquee players; many of which will no doubt be destined for fleeting visits to our shores.

Round and round the A-League goes, where it stops nobody knows!