GWS are tearing up the AFL, so where are the fans?

Greater Western Sydney are a genuine premiership threat. They have enviable depth, top-tier talent at nearly every position and are, arguably, the most pleasing team to watch play football. So why are the fans still staying away?

Despite sitting third on the ladder at 9-4, with the second-best percentage in the competition, just 45,301 fans have come through the turnstiles at the sponsor-less Giants Stadium this season – a measly average of 11,325.

While Facebook footy pundits are all too happy to question the sustainability of hapless Gold Coast, the fact is the Suns still draw better crowds than their vastly more successful expansion brethren. Check out this comparison.

There are some very damning years on that table, with the three-year stretch prior to this season scarcely believable. During one of the most dysfunctional on-field periods by any club in recent history, the Suns have still managed to go toe-to-toe with a premiership contender on the attendance front – even eclipsing them in one of those seasons.

When you take a wider look at their home crowds all-time, the data isn’t exactly encouraging either.

What jumps out here is just how worryingly stagnant everything is since the Giants got competitive in 2015.

Crowds against the big four Melbourne clubs have fluctuated, attendances for games against the Bulldogs – their biggest interstate rival – have fallen, while their very first home meeting with Gold Coast in 2012 remains the biggest NSW/ACT audience for such a fixture.

What’s to blame here? Do the Giants simply not have a recognisable superstar capable of cutting through the fickle Sydney market? Have they just not had quite the level of success needed to truly break through?

If you think Sydney’s west just simply doesn’t care, history would tell you it’s a bit too early to tell.

The Giants’ attendance figures are quite comparable to what the Swans were averaging when they first moved up from South Melbourne, with the Bloods averaging between 9000-16,000 per game (excluding the Warwick Capper years) from relocation until their first grand final appearance in 1996.

Since then, it’s been smooth sailing, with Sydney’s lowest annual average attendance post-1996 being 24,981 in 2012 – when the SCG was undergoing large-scale redevelopment. 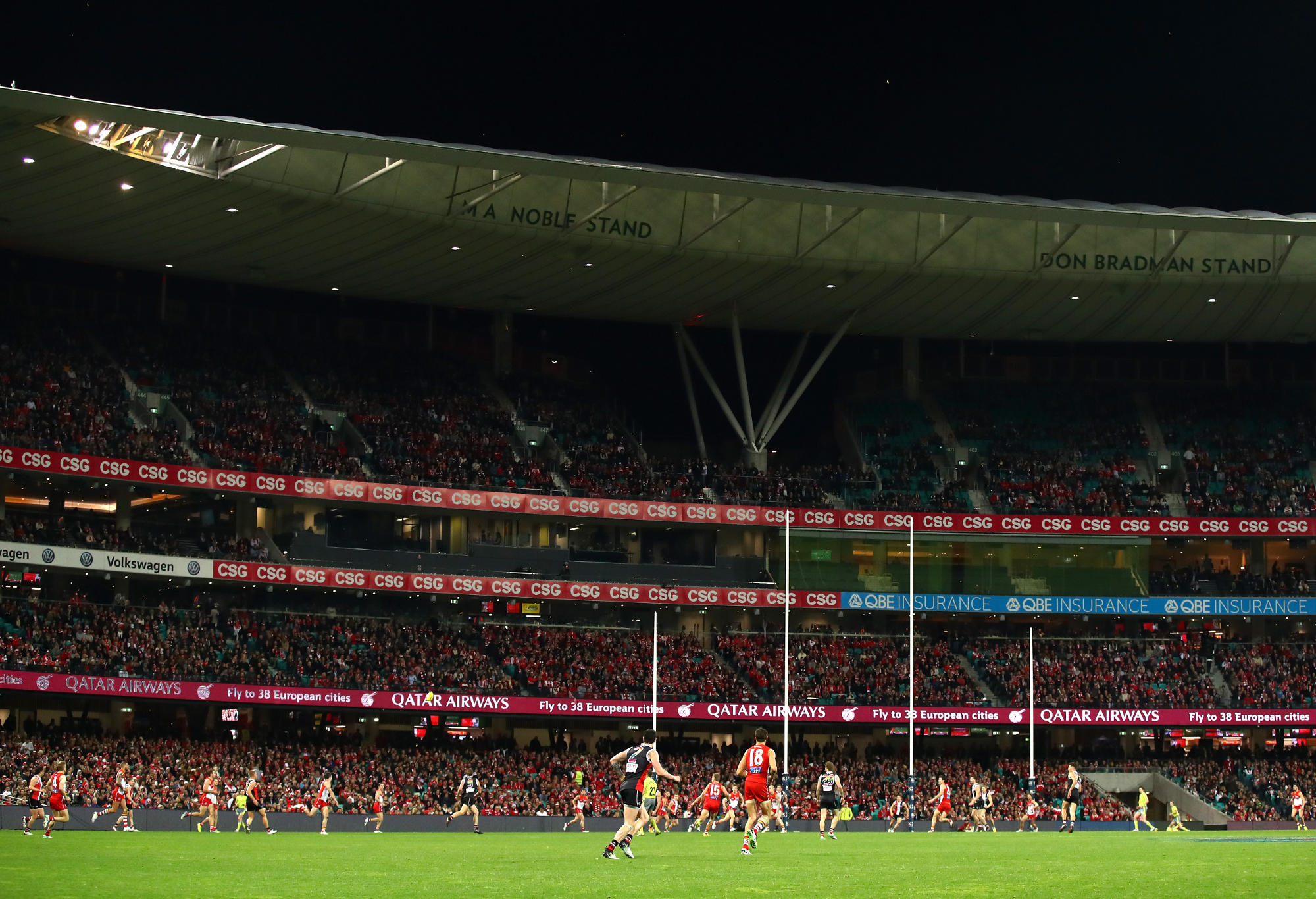 Crowds at the SCG have been superb ever since the Swans found some success. (Photo by Cameron Spencer/AFL Media/Getty Images)

Similarly, the Brisbane Bears and Lions endured years of four-digit crowds before a slow uptick at the turn of the century. When flag fever hit in 2001, however, fans flocked to The Gabba and lifted average attendances to the 30,000’s. Even in the most recent doldrum period, the Lions’ worst year of crowds was better than all but the Bears’ very last season.

It seems all it takes is a flag to generate sustained interest in these non-traditional markets, which is obviously why the AFL were gunning so hard for their expansion teams to score quick premierships and scoop up a generation of supporters.

Will an orange and charcoal-adorned premiership cup be all it takes to get Giants Stadium rocking? Or can nothing get Parramatta and beyond hooked on Aussie Rules?

The answer to both questions is yes, and no. The explanation is just two words; Olympic Park.

For those unaware, GWS’ home ground is in Sydney’s Olympic Park precinct, barely 200 metres away from Sydney’s largest venue in ANZ Stadium.

For those unaware, Sydney’s Olympic Park precinct is in the middle of absolutely nowhere. Unless there are special event services running, you need to get an ordinary suburban train to Lidcombe and change. If you’re coming from the east, that means travelling past Olympic Park and changing to catch another train backwards.

Special events see direct express services depart from most major train stations but, according to the Transport NSW website, State of Origin Game 3 is the only upcoming event worthy of this honour. Even this Sunday’s Bulldogs vs Sharks NRL game doesn’t qualify.

Sports fans have long criticised the area for being virtually devoid of any culture, nightlife or anything resembling a suitable pre/post-match activity. When you add in the fact it’s incredibly inconvenient to get to via public transport, it’s not hard to see why fans of all codes increasingly don’t feel like making the trip.

Here are some more tables to digest.

Apart from a small bump around six years ago, both codes have seen noticeable steady declines over the last decade in matches at ANZ Stadium. I didn’t go all the way back to 2000 for brevity’s sake, but it’s worth pointing out the Swans were pulling in over 40,000 a game until 2008.

Even the A-League’s Wanderers, who’s supposed captivation of western Sydney is the envy of other codes, had a miserable tenancy at Spotless Stadium during the renovations at Parramatta, averaging just 9778 fans in 17 matches across three seasons.

You can say what you like about the long-term viability of Australian rules football in western Sydney, but the struggles of other football codes getting fans to the same venue proves location is playing an enormous part.

In fact, I’ll just say it; picking Sydney Showgrounds as Greater Western Sydney’s home was a huge blunder on the AFL’s part.

I’m not going to pretend to know the ins and outs of why that venue got redeveloped, but that’s all irrelevant now. If the AFL want to give the Giants a chance of pulling non-cringeworthy numbers one day, they need a new venue.

I appreciate how utterly incredulous the idea of Gillon McLachlan spending another cent on propping up the Giants sounds. The very idea being floated in the current fan environment could very well see AFL House burned to the ground. 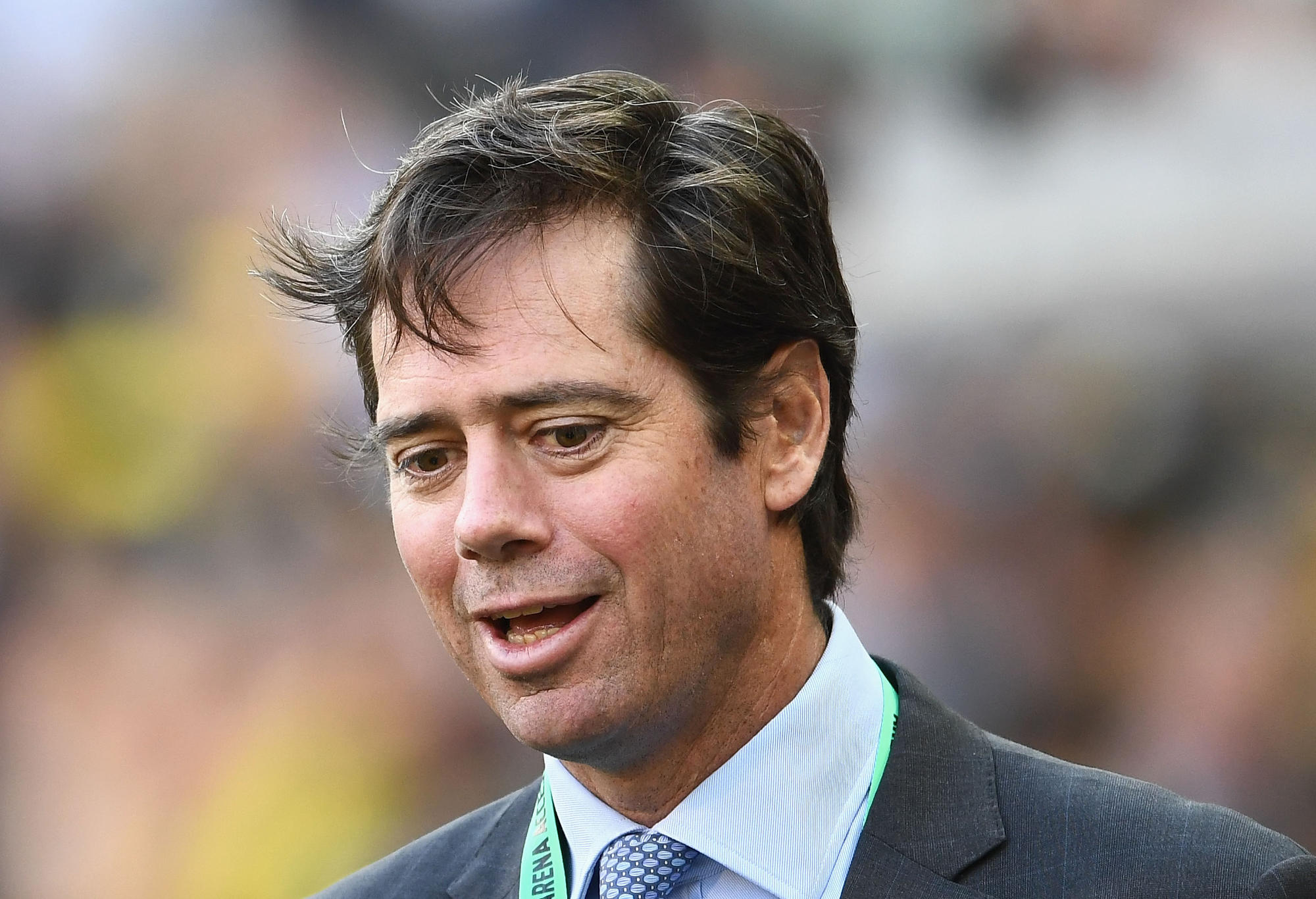 Recent years, however, have shown us just how rejuvenating a new venue can be for a sports team. Sure, the Crows, Eagles and Dockers all had no issues filling their grounds up before they moved, but people are quick to forget just how dead Port Adelaide looked before they moved across to the Adelaide Oval.

Sub-20,000 crowds at AAMI Stadium were a regular occurrence for the Power towards the end of their tenancy but, in just their first season at the new venue, they were raking in more than double that.

Sydney itself has seen fans flock to BankWest Stadium in Parramatta since it reopened, with the common denominator among the successes Adelaide Oval, BankWest and Perth’s Optus Stadium all being vastly superior ease of access.

Blacktown City Council are looking to have the International Sportspark – a 2000 Sydney Olympics venue – transformed into a first-class multi-sport venue by 2036. Blacktown, unlike Homebush, is actually in Sydney’s west, with the Giants training there before they joined the AFL and even playing one home game at the venue in 2012. Blacktown City Council was also the most populous local government area in Sydney before 2016’s council mergers.

The complex has ample parking, is close to Rooty Hill station (on Sydney’s main train line) and would put the club in closer contact with the people they’ve been trying to drag to their home games for the last eight years.

If the AFL’s serious about the Giants succeeding, they’d do well to get in on this project soon.