Ask any international cricket captain about what his ideal start in an ODI game would be and you’ll hear all sorts of numbers flying around: none for 75 off 15, 1 for 80 off 15, none for 100 off 10 (for the really ambitious skipper).

It’s rare that a captain will say, “I want to have the opposition two down for 45 by first drinks”, yet captains put opposition teams in to bat first on a regular basis.

All international sides will have bowling plans in place for opposition teams. They’ll have a pretty fair idea who they want to match up; that is, who is best suited to bowl to a particular batsman, either to contain or to get them out.

The problem that occurs in probably 90 per cent of games is the bowling plan that was so carefully conceived pre-game generally lasts maybe an over or two before captains think about ringing the changes.

Which leads on to England’s current woes.

There’s an underlying assumption in the three games England has lost, that all their problems stemmed from their batsmen. This was based on them trying to chase down totals, two of which are considered modest by current ODI standards.

Lots of theories have been put forward why they failed, with the obvious being England’s inability to cope with pressure. We probably won’t know the truth of that until Eoin Morgan or Joe Root write their memoirs.

What is clear though is England’s bowling has been found out. Specifically the bowling of Jofra Archer.

Archer was brought into an already strong side and the pundits felt he would be a superstar in this form of the game, primarily based on his outstanding bowling in the IPL. What wasn’t taken into account was the lack of international experience in ODI cricket and the need to bowl ten overs against quality batsmen.

Putting this into some Australian perspective, Marcus Stoinis, arguably our most underperforming bowler, has returned 33 overs, seven wickets for 200 and an average of 28.57 and an RPO of 6.06.

Archer was also supposed to be a reasonably capable bat, but scores in those losses of 1, 3 and 1 suggest he’s a tailender at this stage of his career.

Commentators, particularly Englishmen, like to point out he and Mark Wood have bowled the swiftest deliveries in this World Cup, balls that exceeded 150km/hr. That’s fine if these deliveries are taking wickets or keeping the runs down, but Archer’s figures suggest he’s been a liability to this English side, rather than a help.

Strike bowlers have two roles – the first and most obvious is the get early wickets, but the second is almost as important as the first and that is to dry up the runs.

Before the cup started, Morgan already knew what the rest of us knew; the England side was very strong in batting but relatively weak in bowling. Archer coming into the team was supposed to strengthen the bowling.

Instead, Archer has completely thrown Morgan’s bowling plans into disarray. In both the Pakistan and Australia games, he failed to make an early breakthrough and in all three losses, Archer leaked a lot of runs. Bearing in mind England lost two of these games by 14 and 20 runs, it could be argued the issue wasn’t the batting, but one man, their main strike weapon’s bowling. 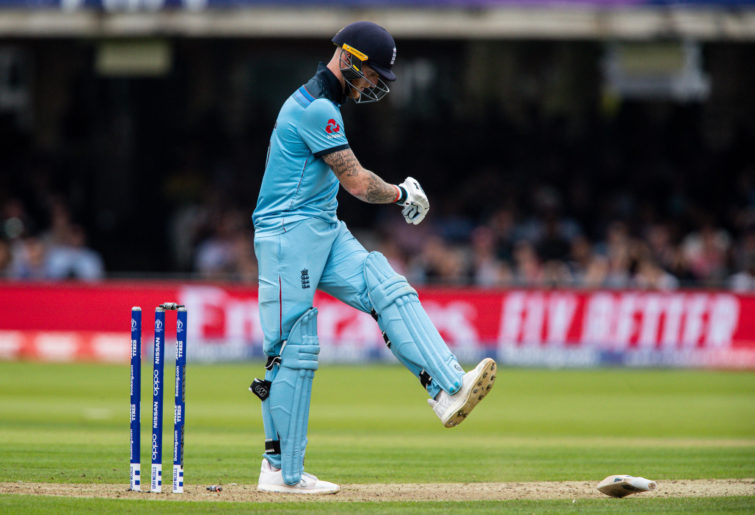 The issue Morgan and co have to deal with is whether he should remain in the side or not. Do they bring back Tom Curran or Liam Plunkett which in theory weakens the bowling but would strengthen the lower order batting?

This would revert England to the type of team they were using over the past few years, where bowling took a distant secondary role to batting – but brought England great success.

There is no doubt Jofra Archer is a seriously talented cricketer who should have an outstanding England career. He has shown glimpses of what a fine bowler he will be, but at the same time, has not performed up to expectations in this tournament.

Perhaps the pressure that has supposedly affected the England batsmen has also affected Archer. If so, he’s better off sitting out the next few games, or even perhaps the rest of the World Cup.