With the 2019 NBA free agency knocking on the front door, it’s always fun to whack together a bunch of predictions to see which ones hit and miss – that’s if I can hit any.

Kawhi Leonard – Toronto Raptors
Kawhi Leonard is the biggest question mark this free agency and will be what everyone is talking about once he puts pen to paper. The two-time finals MVP has raised the question as to whether he’s the best player in the world and he very well could be. But where does this superstar land? I reckon he stays in Canada – and why wouldn’t he?

The Klaw just won a championship and his second finals MVP, plus the Raptors organisation handled his health super well throughout the season while still having a lot of upside with a fairly young core. He is already up there as the most beloved athletes in Raptor history after one season, and he seems to embrace it. Plus – who wouldn’t want all the free things offered up to him?

Sure, he won’t get the warm sun and flashy beaches of California but there is a long offseason for that. The Clippers are an attractive free-agent destination, but he wouldn’t be going there for the purpose of winning – and I would like to see Kawhi defend his title in Toronto.

Kevin Durant – New York Knicks
Someone close to Kevin Durant is Jay Williams, and from his reaction to KD’s injury in Game 5 of the NBA finals, I think there is a slim chance the two-time finals MVP returns to Golden State. Despite the rumours lately surrounding Durant and Kyrie Irving heading to Brooklyn, I’m a believer the Knicks will be the next home for the superstar.

I don’t think Durant will want to be perceived as a follower again during free agency and become his own man. Rather than following Kyrie to Brooklyn, I’m a believer he will give the New York Knicks their first true superstar player. Sure, Patrick Ewing was great – but Kevin Durant is Kevin Durant.

Plus, rehabbing for a year will give the RJ Barrett and the Knicks young core a greater time span to develop, rather than the ‘win now’ style of basketball which doesn’t always work for young players – just look at the mess in Los Angeles last season. Durant becoming a Knick makes sense to me.

Kyrie Irving – Brooklyn Nets
This is all but confirmed to happen. There has been expensive reporting on Kyrie’s interest to take his talents to Brooklyn and I reckon it will be put to paper in the opening days of free agency. Having said that, I don’t like it as a move for Brooklyn. I think D’Angelo Russell has a ton of upside plus a few fewer knee surgeries.

Russell has matured since being traded east and Kyrie showed in Boston and Cleveland how quickly things can go wrong when he doesn’t like the situation, he is in. However, he is insanely talented and I expect Brooklyn to unload their pockets and add him to the roster.

Klay Thompson – Golden State Warriors
You can’t split up the Splash Bros. Klay has made it clear on his intention to stay put and I expect him to remain a Warrior. We saw how good Klay, Steph and Draymond can still be, beating the Rockets twice, sweeping a good Portland team and going six games with the Raptors – and should have made it seven if Klay didn’t tear his ACL.

If Durant does part ways with the organisation, I reckon Joe Lacob will make some smart moves to add depth to the roster – he has proven to be one of the better executives in the league. Never count Dub Nation out. 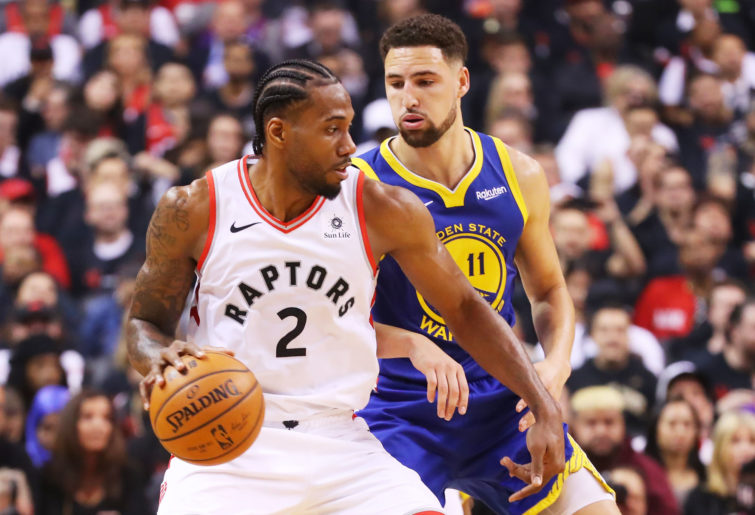 Jimmy Butler – Philadelphia 76ers
In the first-time during Jimmy’s stardom, it seems he has found a home in Philadelphia. Despite the lack of time to build team chemistry last season, Jimmy had a great playoff run, and found his niche and role in the team. With Joel Embiid being the primary option and Ben Simmons the playmaker, Jimmy emerged as the closer and secondary playmaker.

Most plays called during the fourth quarter and clutch time was for him, because Brett Brown knew he could deliver in those moments, and he did that. The 76ers were a bounce away from being potential NBA champions. Reckon they’ll run it back, despite the latest Houston Rockets rumours.

Kemba Walker – Charlotte Hornets
The Hornets are stuck in a very tough situation, but I reckon they throw a bucketload of cash at their franchise player Kemba Walker. He has publicly declared his intentions to stay and I think that will come to fruition fairly early in free agency. He may take a few meetings with some other teams, however, I expect him to take a max deal to stay in Charlotte.

D’Angelo Russell – Los Angeles Clippers
I could see Russell make a return to LA – but for the Clippers. This is presuming Brooklyn let him walk if they sign Kyrie Irving, if they don’t there is no doubt they will match an offer sheet. There are two ways I could see Russell becoming a Clipper.

If they strike out on a major free agent such as Kawhi Leonard, they could bring in Russell to play alongside Shai Gilgeous-Alexander and the Clippers’ promising core. Or if they do land a Kawhi Leonard, there would be teams out there willing to take on Danilo Gallinari, therefore giving the Clippers the space to sign Russell and pair him with a max guy – that would be dangerous.

Tobias Harris – New York Knicks
I could see him returning to Philadelphia however I reckon the 76ers will prioritise Jimmy Butler and JJ Redick over Harris and that might see him walk. I reckon if he does walk, he will most likely end up in New York as a Net or Knick – however, a Knick is more likely. If the Knicks strike out on Kevin Durant, I could see James Dolan throwing a ton of money at a second-tier star like Tobias Harris.

Even if they do land Durant, the Knicks have 70 million dollars in cap space so Harris would be a good second option – and a good first option while Durant rehabs. A Knicks line-up featuring Kevin Knox, RJ Barrett, Kevin Durant and Tobias Harris would be a contender.