Adelaide coach Don Pyke is dismissing his club’s Geelong hoodoo as he searches for a replacement for injured utility Wayne Milera for Friday night’s AFL game.

Milera is battling a back complaint and won’t make the trip to Geelong, where Adelaide haven’t won in 15 seasons – a fact Pyke deems irrelevant.

“It’s interesting the concept of a hoodoo because probably a third of our team have probably never played there,” Pyke told reporters on Wednesday.

“It’s strange the way it works … and the reality is these things exist for a reason.

“Our mentality is we’re not worried about those things. We control what we can control, which will be our effort on Friday night.”

Pyke said for his Crows to fulfil their ambitions of being in premiership contention, they must win on the road.

“We want to be part of this (premiership race). And to be part of it, you have got to win away from home and we get an opportunity Friday night.

“We recognise we’re going across to play a very good side at home and we understand the level of effort we need to bring.”

The fifth-placed Crows have returned from their bye but linkman Tom Lynch has failed to recover from a calf injury which forced him out of their last game.

Pyke confirmed novice forward Elliott Himmelberg would replace fellow attacker Josh Jenkins, who is sidelined for up to six weeks because of a knee injury.

Jenkins’ ailment comes as the Crows gain some serious traction with seven wins from their past nine games, after dropping two of their initial three.

“Our numbers early from a contest viewpoint were really poor, we were getting beaten in contested ball,” Pyke said.

“And those numbers have turned around. In the last nine weeks, we have have been in the top two or three in the contest.

“That has been a clear focus for us and that has allowed us to not only win our share but also get some field position against opposition.

“And that is going to be important on Friday night. We play another really strong contested side in Geelong who are really efficient going forward.” 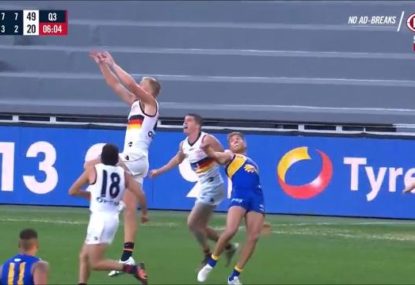 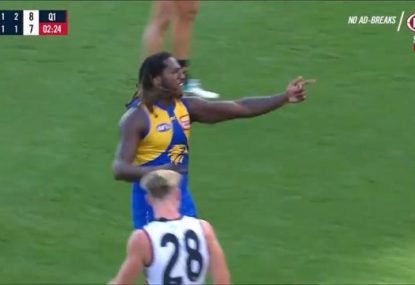 When AFL season 2020 is finally done and dusted, one team will hold the premiership cup aloft, 16 other clubs will reflect on what the hell just happened this year and then there’s the Adelaide Crows. After being on a downhill performance slide for two seasons, the Crows are quietly going about rebuilding the playing […]